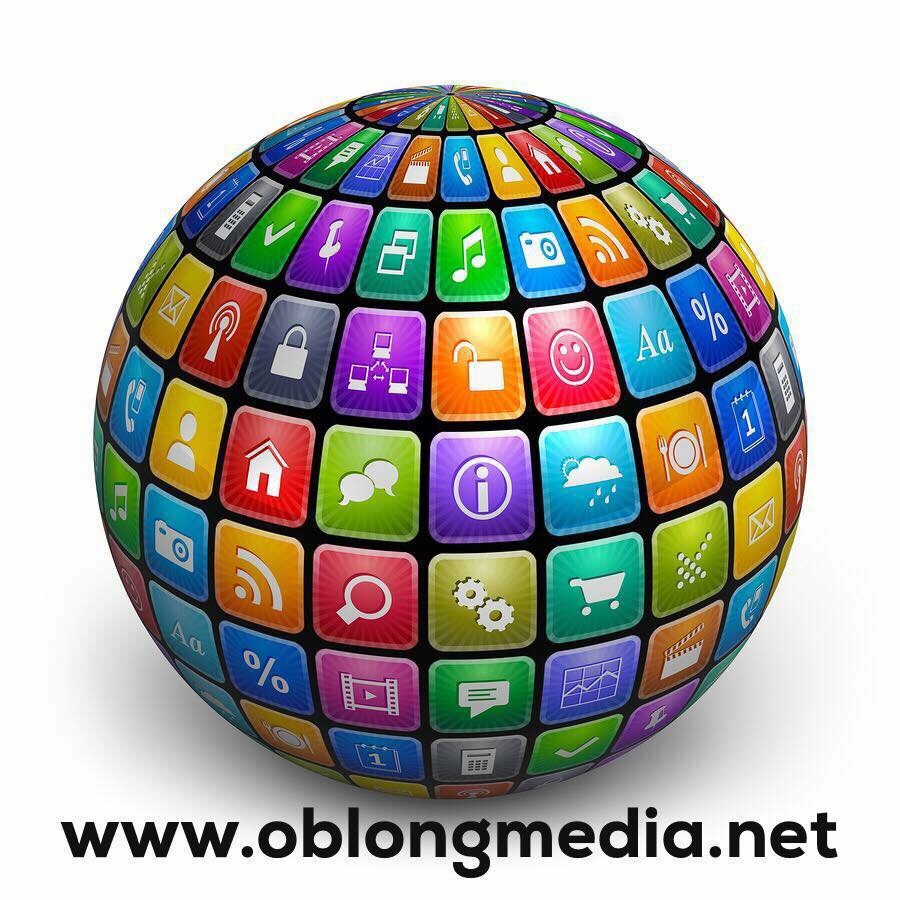 4. The military takes over the Government: (January 1966)

5. Anti-Ironsi demonstrations and killing of Igbos in the North (April/May 1966)

8. Ojukwu offers to confer with Gowon to end bloodshed and asks for repatriation of troops to their regional origins to lower tension; says offer was refused by Gowon. (August 1966)

9. Out of safety concerns, Ojukwu refuses to go to Lagos for meeting of the 4 regional military governors but is still hopeful of peace resolution. (August 1966)

13. Regional representatives convene a conference to determine grounds for unity. Gowon opens conference with offer of 4 forms of government. (August 1966)

14. Over 2000 Igbos are massacred in Kano on September 29th, 1966 by a combination of Hausa mobs and troops of the fifth battalion in Kano. Further Igbo exodus

15. A DC-4 carrying weapons to Eastern Nigeria crashes in Cameroon and Henry A. Wharton, a German-American is arrested.(October 1966)

19. Nigeria confirms the death of Ironsi; flags fly at half mast. (January 1967)

20. Easter region accuses federal government of failure to implement the Aburi accord and warns that the country is on the brink of political disintegration. (March 1967)

21. Ojukwu warns that the East will secede if invaded or blockaded. Both sides mobilize civilians (May 1967)

22. Awolowo announces that West/Lagos will secede if the East goes. (May 1967)

23. Political situation deteriorates due to non-implementation of Aburi accord. Ojukwu expresses pessimism at a negotiated settlement. (May 1967)

24. As impasse continues, Ojukwu seeks mandate from Eastern Assembly to Declare Biafra. (May 1967)

27. The Mid-west operation and Biafra’s military setbacks. Losses of Nsukka and Enugu. The saboteur phenomenon (August 1967)

28a. Two disastrous attempts by Nigerian troops to take Onitsha from Asaba. (October 1967)

45. United States Affirms Its Support for one Nigeria. (February 1968)

49. Tanzania Today Becomes the First Country to recognize the Republic of Biafra as a sovereign State. (April 1968)

60. Over Gowon’s objections, OAU consultative committee invites Ojukwu to Niamey to meet with them by July 18th, 1968 to discuss the crisis.(July 1968)

62. Biafra rejects proposed relief route from Enugu to Awgu to Okigwe saying Biafrans will not eat food that passes through Nigerian hands for fear of poisoning. (July 1968)

64. Pilots flying arms cargo to Biafra with Henry A. Wharton threatening to revolt unless a fee of $1000 per trip in increase is made. (July 1968)

65. France announced support of Biafra and calls for settlement of dispute on basis of self determination. (July 1968)

69. Biafrans display 98 Nigerian troops that surrendered as a unit. (August 1968)

70. Nigerian troops push for Aba, cross Imo River but encounter Biafran resistance at Akwete; Ojukwu announced that Nigerian thrust on Aba has been effectively checked, but sources say Ojukwu has moved his headquarters to Umuahia (August 1968).

73. Charles de Gaulle in interview hints at possibility of recognizing Biafra and admits that France has been aiding Biafra. (September 1968)

77. Nigeria announces capture of Owerri and march on Umuahia.

77a. Zambia’s President Kenneth Kaunda announces that Biafra will be allowed to set up government in Exile in Zambia, if defeated.(September 1968)

78. As Biafra loses Aba, Owerri, and Okigwe in rapid succession, Ojukwu asks China for help to counter what he called “Anglo-American imperialism and Soviet revisionism”. (September 1968)

82. Britain alters expectation of Nigerian total military victory over Biafra. Expects that Biafra, even if totally occupied, could prolong the stalemate by guerilla resistance. (December 1968)

89. About 300 civilians (with eventual toll over 500) are killed by the Nigerian air force at Umuohiagu market. (February 1969)

94. Ojukwu expresses hope that De Gaulle, in his forthcoming meeting with Richard Nixon will convince Nixon to press for cease-fire in the war. Ojukwu in interview, discusses three ways in which the war may end. (February 1969)

96. The United States, the Red Cross and others protest Nigerian’s bombing of civilian population in Biafra. (March 1969)

97. British Prime Minister, Harold Wilson arrives Nigeria for state visit 29/3/69. Wilson invites Ojukwu to meet with him outside Biafra. Warns Gowon that bombing of Biafran civilians is eroding the remnant of British support for the war(March 1969)

100. Several push-and-shove action between Nigerian and Biafran forces between Uzuakoli and Umuahia. (April 1969)

105. Colonels Adekunle and Haruna, commanders of Nigeria’s 3rd and 2nd Divisions respectively are relived from their posts. (May 1969)

108. Youth, B. Mayrock, of Old. Westbury, New York, sets himself on fire and dies in protest against Genocide in Biafra. (May 1969)

111. Pope writes letter to Ojukwu regarding lives of Oilmen captures in the Mid-West. (June 1969)

112. Wale Soyinka is reported seriously ill in Kaduna Prison, where he is incarcerated without trial. (June 1969)

115. US Senator, Strum Thurmond, urges Nixon to rush relief food to Biafra with or without Nigerian permission. (July 1969)

116. Pope visits Uganda and attempts to mediate peace between Nigeria and Biafra. (August 1969)

118. Gabonese President, Albert Bongo, reports that Gowon requested him to arrange meeting between him and Ojukwu; Nigeria denies making such a move. (September 1969)

123. Ojukwu, in Christmas speech says that Biafra is faced with the toughest military test of the war. (December 1969)
1970

125. Massive Nigerian troops link up and pressure cause refugees to stream into Owerri as Biafra nears collapse. (January 4th)

126. Ojukwu announces over Radio Biafra that he is flying out of Biafra to explore possibilities for peace. (January 11th)

128. Biafra appears near collapse as Nigeria confirms recapture of Owerri, and Uli airport is virtually destroyed by artillery fire. (January 11)

130. General Effiong, in radio broadcast, orders Biafran troops to lay down their arms and says he is sending representatives to meet with the Nigerian field commanders to negotiate armistice. ( January 13)

131. Gowon, in broadcast, rejects all relief aid from countries or groups that aided Biafra. (January 14)

133. Last Missionaries to Leave Biafra Describe the Beginning of the End. (January 15)

137. Ojukwu appeals to the world to help save Biafrans in a statement released for him in Geneva by Markpress. (January 16)

138. Last observers to leave Biafra describe the beginning of the end. (January 16)

139. Nigeria Expels 4 Journalists for Visiting the East without Permission. (January 17)

140. General Effiong reassures the Nigerian Government that the Biafran forces hiding in the bushes will not wage guerilla war. (January 18)

141. Portugal offers asylum to all Biafran refugees and says it will maintain its facilities at Sao Tome for relief operation. (January 19)

142. Nigeria thanks USSR; Ambassador George T. Kurubo says Soviet aid to Nigeria was the most important factor in the defeat of Biafra. (January 21)

150. Ojukwu is given asylum in the Ivory Coast. Ivory Coast Government says he will refrain from all political activities. (January 24)

151. Nigerian Government refuses to use Uli Airport for relief, saying it is a symbol of rebellion. (January 26)

155. Gowon says there will be no Nuremburg-type trials for rebel leaders and he reiterates General amnesty. (January 30)

157. Nigeria Establishes Board of Inquiry for Biafran Officers. (February 6)

160. U Thant defends his policies during and immediately after the war. (February 18)

161. Igbos are beginning to return to their jobs in the North, West, and Lagos. (February 22)

165. Nigerian Chief Army of Staff, Brigadier H.U. Katsina says Ojukwu will be tried or high treason if he returns. (March 15)

167. Flat payment of 20 pounds to all Igbos for their Biafran and pre-war Nigerian money deposited in Nigerian Banks, regardless of amount. (June 5)

One thought on “Biafran War In Chronological Order.”