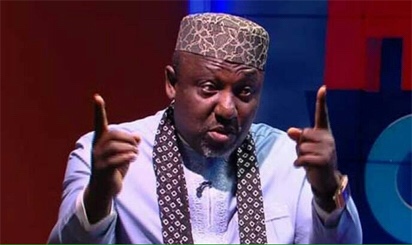 The governor of Imo state, Chief Rochas Okorocha has on Monday said that he will succeed President Muhammadu Buhari after his second term re-election.

Rochas who disclosed this while hosting some political stakeholders at the state government house in Owerri, opined that, “Buhari will win again and again and after Buhari, the turn will come to south-east and it will be the turn of Okorocha”.

Okorocha Speaking further he said “Nwosu is the least of the political children I have trained but I don’t know any of them as much as I have known Nwosu,” Okorocha said. “I took him up when he was just nobody and he grew to the height he is now, his only sin is that he is my son-in-law. “Nwosu will win in 2019, don’t be afraid, I am there”.