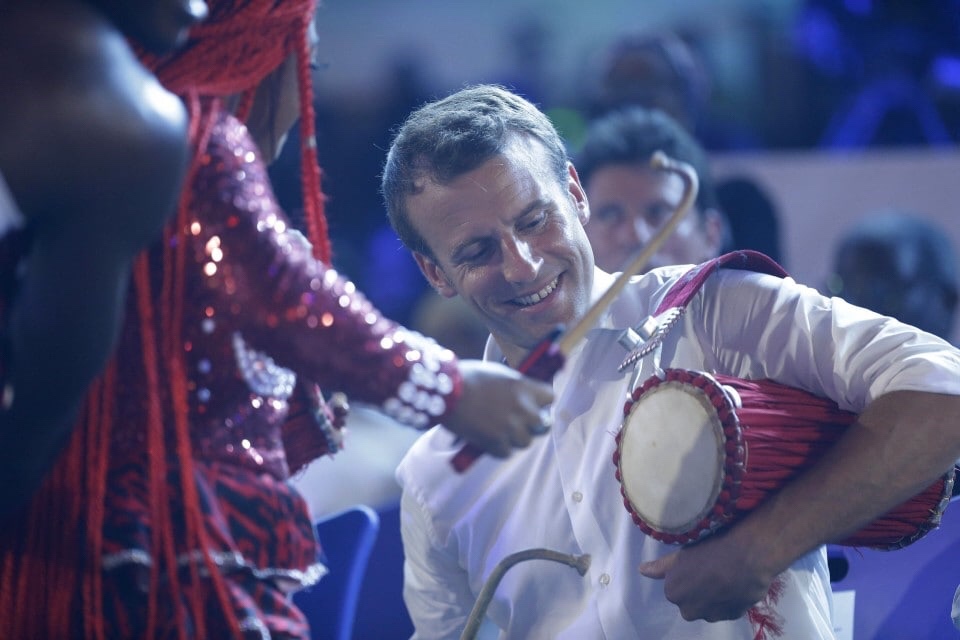 Many of us might not be keenly following the visit of the young French president (Emmanuel Macron) who is currently in Nigeria for an official visit. His visit was not really popularised by the mainstream media due to poor Aso Rock sponsorship on Macron visit media publicity. France from inception has not really been a friend of Nigeria due to her role in Biafra/Nigeria war which cost France her investment and interests in Nigeria today.

Till date, Nigeria hasn’t seen France as a trusted friend. Many factors might have led to this agelong mistrust on the side of Nigeria. Apart from France’s role in the civil war, the inability of France not to withdraw her de facto recognition of Biafra nor persuading her Francophonian African states to do same, makes Nigeria not to believe in France as a true partner. Recently, France was accused by Nigeria of being source of IPOB funding to which such accusation never pushed France into relating with IPOB in a bad light. France saw such ranting and panting from a dying state.

The European Union as presently constituted is dominated by France and Germany. While Germany is holding the bloc purse, France is seen as an undisplaceable founder of the agelong Union. European Union recently in an attempt respond to the question raised by Member of European Parliament (Julian Ward), started that she is in contact with IPOB over the Biafran quest. The Union further stated that she and other embassies are in discussion over IPOB and Biafra. This is in support to her earlier position that ” she will support Biafra that emerges through an international system”.

EU support for “Biafra that emerges through an international system” is an unheard voice of Franco-German respective governments. Neither Germany nor France can stand in opposite position with the EU as the duo control the regional bloc. Emmanuel Macron understands the structure of Nigeria and the ongoing events. Unlike his British counterparts, he ruled out visiting the Sultan of Sokoto despite heavy pressure from Buhari’s regime for him to do so. He understands why he is in Nigeria and never allowed anyone to make him lose focus. Instead of visiting the Sultan of Sokoto as demanded by Aso Rock, he choses to visit the late Fela Kuta shrine to entertain himself as he knows that there’s nothing serious ongoing in Nigeria other than jokes and jamboree. It is better he delivers his message, enjoy the country of jokes and fly back to Paris.

What might be the reason he is here, I heard you ask! Well you should know that Nnamdi Kanu and IPOB have succeeded in making Biafra an international debate. Every action and inaction of Aso Rock presently has the Biafran cause as the under tone. The British exit from EU has not only cost Britain alot, but severely wounded Nigeria as her advocate in the bloc that threw itself away from a sailing ship. Britain is presently talking of how to save her economy from the pontential capital flight her exit is likely to cost her. For instance, the German BMW that employed over 10,000 British labour force is threatening to shutdown her UK plant. Airbus is considering to leave. What of others who are warming up to go? A densely troubled Britain is just focused on her domestic quagmires not minding how Nigeria saves herself. Badly enough for Britain, the US government is busy unleashing protectionist market policy against Britain which forced Theresa May to weep before Trump in Canada during the G7 meeting.

While Britain is recieving economic harsh policies from Donald Trump’s government, Britain is surprised that Trump will visit Russia’s Putin before the queen. What a humiliation! Britain feels there is a great conspiracy between Trump, Putin and Israel’s Benyamin Netayahu to destroy England. To Germany, France and other European member states, it will be good they join Trump, Putin and Israel conspiracy to punish the UK over the later attempt to destroy the EU through the Brexit. To them, there’s no better place to hurt the queen than in Nigeria. And that is where we are now! Smart game…

Trump and Israel believe that Nigeria hates Israel and must be punished. Britain’s strong campaign against Israel over Palestine is seen by Jerusalem as a war confrontation from Britain. And Israel sees it as a moral responsibility to support Biafra. And today, Radio Biafra Tel Aviv is audibly sound. Both Israel and the US believe they need Russia on their side to gather enough international joint forces against Britain. No wonder Trump choses to meet Putin on the 11th before ever visiting UK. The Israeli Prime Minister on his own has been frequenting Moscow to cement the deal. While Britain and Russia are turning into arch enemies, US and Russia are becoming best friends. Same with Israel so much so that the US and Israel have to allowed Assad of Syria be as that is all Russia wants from them.

Germany and France are happy over Britains fate today. To Germany, karma is paying Britain over her role against Germans in first and second wars. Germany wants to use her influence in the EU to support a Biafra referendum as a way to weaken the UK economy that is anchored on her stealing of Biafran oil. France on her own wants British big boy (Nigeria) in Africa reduced to a piecemeal to enable her Francophonian African states lead. France believes Biafra would make a good friend to her than Nigeria.

Today, Emmanuel Macron is here to deliver the position of EU to Aso Rock. From there he goes to Fela Kuti’s shrine to laugh over the funny country.

In all these, don’t forget that diplomacy 101 states that the presidents must smile while addressing the press even though they fought each other in the closet. That is to say, expect well decorated joint press statements from Macron and Buhari after their close door meetings as such is inline with the Diplomacy 101 rule.