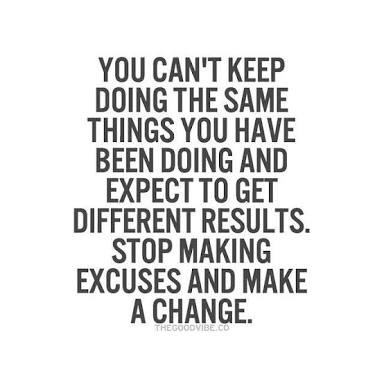 The 2019 governorship race in Imo State is gathering momentum, and the option before Imo people is to choose from allowing APC to continue perpetuating governance at its lowest ebbs as witnessed over the last seven years, or look the way of PDP and possibly other political parties to resurrect the State.

Ruminating on the above, the failure of the PDP in three attempts In 2007, 2011 and 2015 to win Imo State governorship election struck my mind. Once bitten, they say, is twice shy, but here is Imo PDP that has been beaten thrice. It was the following questions that visited my thoughtful mind; “why has the largest political party in West Africa been condemned to this fate in the Eastern Heartland?” And, what should the party do and not do in order to avoid another disappointing outing in the 2019 polls? I shall provide answers to these questions.

In 2007, the chances of the party to produce a governor were ruined by internal squabbles, meaning that Imo PDP was torn into factions, or better put, into shreds. The Abuja and Onongono factions faced off irreconcilably. Attempts by Achike Udenwa, the then incumbent governor and Olusegun Obasanjo, the then President of Nigeria [progenitors of the Onongono faction], to impose a candidate on Imo PDP was met with strong resistance by the Abuja faction which fronted Sen. Ifeanyi Ararume. The intractable crisis culminated in Imo PDP going into the polls without a governorship candidate following Obasanjo’s infamous “No Candidate Declaration” in Owerri. The rest like you know is history.

The lightning struck again in 2011. This time, the fact that Imo PDP had an incumbent governor in Chief Ikedi Ohakim as governorship candidate could not save the party from an excruciating defeat. The Okohia born orator had defected to PDP from PPA after profiting from former’s internal crisis to assume the governorship throne in 2007. It was Rochas Okorocha who ran with APGA that carried the day. It must be noted that Ohakim suffered many afflictions from within and without. He was painted black by inside and outside forces. PDP had a candidate whom the masses weren’t at home with. Whoever crafted the propaganda that he beat up a Catholic Priest had his way. It was sadly the final nail in the coffin.

Fast forward to 2015, Imo people were ready to bring an end to Okorocha’s rule, but Imo PDP failed to do a nice homework and misfired for the third time on the spin. Of the four South-East States including Abia, Ebonyi and Enugu, where governorship elections held, Imo was the only State where PDP lost out. Again, that PDP was buoyed by being the party at the helm of affairs in Nigeria at that time did nothing to stave off its defeat in Imo.

Admittedly, with a peep into the voting pattern of the Imo electorate in 2011 and 2015, one would deduce that Imo people voted candidates, not political party. Imo PDP had lost on those two occasions because it presented candidates that were not in the good books of majority of the electorate and did not appeal to them.

Furthermore, the role played by PDP both at the national and state levels in inflicting those defeats on itself cannot be thrown into the bush. There is a general belief that if the powers that be had allowed Sen. Ifeanyi Ararume to have his way on fair grounds in 2007, the party would have won the governorship election in Imo that year. And there was 2015, when Imo PDP under former Chairman, Nnamdi Anyaehie, could not recover from the fallout of a controversial primary election in December 2014. Hence, the party went to the polls with a gubernatorial candidate whose ambition the aggrieved members of the party that smelled foul play were eager to frustrate. The unfortunate double tragedy was that majority of the Imo electorate did not consider him better than Okorocha whom they wanted out of Douglas House. It points to the party imposing candidates first on its members, and then on Imo people.

As an opposition party angling to return to power, Imo PDP cannot afford to repeat the deeds of 2007 and 2015. A conducive atmosphere has to be created for a governorship flag bearer to emerge on the popular choice of party delegates. The national body of the party should never consider supporting any candidate against the others, as far as a Imo State is concerned, because it will surely backfire. Any governorship aspirant desperate for the ticket at all cost must be watched closely and cautioned against sliding the party to another electoral defeat.

However, there is a better prospect for Imo PDP come 2019. It stems from the fact that the party in the state today boasts of a Chairman that is widely believed to be of impeccable character and conduct. Chief (Barr) Charles Ezekwem (Ikemba Okigwe) has not hidden his stand on a free, fair and transparent Imo PDP primary elections later this year. His is not a mere political rhetorics. Chief Ezekwem is mean about leading Imo PDP back to Douglas House. He seems not ready to give in to any pressure whatsoever and from whosoever to impose a candidate on Imo PDP. The joy of any imolite whose allegiance is with PDP should be that a man of his calibre is incharge.

What Imo PDP needs for 2019 is a candidate whom the masses are willing to vote and members of the party at the grassroot are willing to support and work with. It is only a transparent primary election that can produce him, hence the party has been bitten THRICE in Imo, and it cannot afford to make it FOUR.