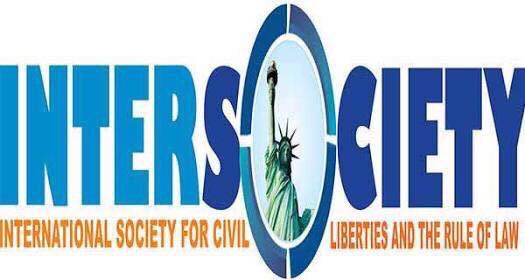 The Independent National Electoral Commission (INEC) must not repeat the armada of electoral roguery and brigandage that characterized the recently held Ekiti and Osun States’ staggered governorship elections during which the scared electoral wishes of the People of Ekiti and Osun States were threatened, undermined and truncated. The Prof Mahmood Yakubu led INEC risks plunging the entire country into short term and long term crises of intractable and disastrous magnitude, if such armada of electoral fraud and pen-violence are repeated in the 2019 general elections in Nigeria.

The present leadership of INEC must be called to order and warned by all Nigerians and lovers of democracy all over the world to retrace its dangerous steps by respecting and adhering strictly to the electoral wishes of the Nigerian People irrespective of religious and ethnic backgrounds or gender, economic and other social classes. The Commission shall be held responsible if Nigeria goes up in flames on account of repetition of the armada of electoral fraud and pen-violence that characterized the said Ekiti and Osun States’ staggered governorship elections.

It does not matter whether the 2019 general elections are acceptable to some or rejected by others, what matters is that the electoral will of the people especially the majority must no longer be allowed to be tempered by the country’s electoral goons or thugs in the garb of “INEC” who go about masquerading as “unbiased electoral umpire or impartial arbiters”. If the results of the Ekiti governorship election were written in exotic hotel rooms, evading the eagle eyes of the public, then those of the Osun State governorship poll were so glaring that before the very eyes of the public, validly cast and recorded election results and their result sheets were torn into pieces, deleted and deducted; all in a desperate bid by the INEC goons to favor and impose a certain candidate and his party on the People of Osun State at all costs. By independent counting, over 4000 validly cast and recorded votes of the Osun People were mangled and brutally deducted.

It got so bad and saddened that the shameless INEC officials kept the whole world waiting for hours; possibly contacting their principal on air who was on his way to a global event for a direction on how crookedly best to pervert the electoral will of the Osun People; even after all the Local Government results have been collected, collated and announced. To justify its roguery and brigandage, the shameless electoral body ran to cover and finally took refuge in technicalities including “percentages”, “approximations” and “projections”; resulting in its disastrous announcement of “inconclusiveness of the election” and “rescheduling of same for a runoff”.

Yet the brazen show of shame by INEC all happened in the presence of the so called “local and international election monitors or observers”; most of them turned blind eyes on such armada of electoral fraud and issued weak and feeble joint or group and individual statements directly or indirectly hailing INEC and security agencies “for the peaceful conduct of the election”.

It is so sad too that the concept of election observation or monitoring in Nigeria, just like election security, is grossly monetized and compromised. For the sake of getting INEC recognition or participation nod or a reference from same to secure foreign grants for the said “election day monitoring”, sense of judgment and independence of many, if not most of the poll observers are lost; while those of the international observers especially the foreign missions are soothed and couched in “harmless or friendly diplomatic tones” which further rob such statements of firmness and uncompromising stance.

We make bold to say here and again that election is not “peaceful” when the electoral wishes of the People are brutally perverted and disrespected. Peace is not determined solely on the basis of absence of electoral scene loss of lives and properties or militarization of same. Breakdown of electoral peace start from perversion of the sacred wishes of the people and usually have long term consequences including banditry, armed robbery, kidnapping, group militancy or violence including thuggery, assassination, profligacy or kleptomania, squander-mania and other forms of social vices or disorder.

It must also be stated that it is no longer matter to Nigerians and lovers of democracy all over the world who or the candidate or party the Fulani-born Prof Mahmood Yakubu led INEC declares winner or returned after the so called “Osun State governorship rerun”, scheduled for tomorrow, being Thursday, 27th September 2018. This is because the People of Osun State have firmly spoken and made their sacred electoral choices. With what played out in Ekiti and Osun recently, Nigerians and the world now know better especially who the winners and losers of the two polls are. Through leprous political defections running riot on the Nigerian landscape, too, gubernatorial “swimming and swerving” in the referenced cases are not ruled out.

Apart from the pre election scientific rigging of the 2015 Presidential Election perpetrated by Prof Attahiru Jega and company through deliberate lopsided registration of voters and issuance of permanent voters cards in Nigeria, the Jega led INEC never recorded the level of armada of failure in any staggered governorship election in the country as it is presently the case under the current INEC leadership of the Fulani-born Prof Mahmood Yakubu.

The said alarming disproportion in registering of eligible voters and issuance of their PVCs; done along “Muslim North and Christian South” divide is still maintained till date; with as much as 90% Northern Muslims including millions of under-age children issued with PVCs as against as low as 50%-60% for Southern Christians and other non Muslims in the North. While many eligible voters in the South and non Muslim areas of the North are yet to be captured by INEC till date, a good number of those that have been registered still find it very difficult to get their PVCs; as against their Northern Muslim counterparts who get theirs very easily.

In the recent past and just concluded continuous voters’ registration exercises, eligible voters of the Southern areas and their non Muslim counterparts in the North who turned out at the INEC designated registration centers to be captured were made to pass through deliberately created tedious processes including dearth of INEC personnel and materials such as capturing machines. On account of these deliberately created tedious processes, many who turned out to be registered got frustrated and went back while others willing to be captured rescinded their decisions and remained without being captured till date.

Revise was the case in the North and among its Muslim population where proxies and other third party channels such as Emirate Councils, District Heads, Mosques and family heads were commonly used; resulted to registration and issuance of PVCs to as much as four out of every five Northern Muslims including the physically challenged and under-age children between ages of eight and thirteen and below seventeen; as against two out of every five eligible voters in the Christian strongholds of South and other non Muslim areas in the North. Worst hit populations in the pre election scientific rigging exercise are those of old Eastern Nigeria or People of the Southeast and the South-south areas of the country.

Totality of these and more explain why some pro Biafra activists have consistently called for the boycott of the continuous voters’ registration and the forthcoming 2019 General Elections, saying that the policy conducts and constitutional situations in Nigeria have been fraudulently skewed in favor of the Fulani-Hausa Muslims; making others especially Christians of old Eastern Nigeria and their counterparts in Northern Nigeria perpetual servants or slaves to the former or Fulani-Hausa Muslims in Nigeria.

For: Int’l Society for Civil Liberties & the Rule of Law (Intersociety)