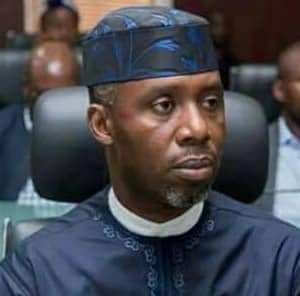 Nwosu spoke to newsmen in Owerri, following report that Senator Hope Uzodimma, name has been submitted to the Independent National Electoral Commission, INEC, as authentic candidate for Imo APC guber.

He said he was shocked that Oshiomole, had disregarded court orders stopping APC and INEC, from accepting or submitting any other name other him( Nwosu) adding that at last he would defeat Oshiomole, lawfully.

According Nwosu, “My mandate is still intact, I still remain the candidate of the APC, I am very much shocked with the National Chairman who is speaking from the both sides of his mouth as a man of that age I thought he would have been upright.

“I am shocked that a man who has attained that age and who we should look up to as our role model has become somebody who many of us can no longer see as a role model again.

“I am shocked at the attitude of the National Chairman which does not give hope to young people that mostly look up to him for years.

“So if they go anywhere and got another Court Order without knowing that there is a subsisting Court Order that must have been done that in error. 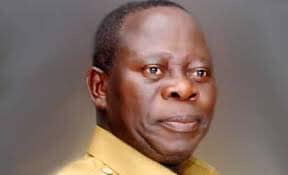 “So the fact remains that I am the candidate of APC, it is just for a while and I will take up my mandate, I don’t have in mind to leave the mandate I already have for another party.”

“My candidacy is secured and cannot be truncated by the National Chairman or any other person,

“I will never abandon the mandate given to him by the party members to be their governorship candidate for the 2019 election.

“We are disappointed over Oshiomole’s action, his statements and antics did not give hope to young people who hitherto had always looked up to him.

Nwosu argued that, “After all Oshiomole’s son is a member of the Edo State House of Assembly, who he nominated and he is the Chairman of the party and he is saying that Okorocha’s Senatorial ambition scuttled my governorship.

“He is a man that is supposed to speak rightly and not deceive the people on air. I saw him on the Television when he was talking from both sides of his mouth.

“It is a pity that APC could have such a man as its National Chairman, I condemn his action and it is not acceptable.”