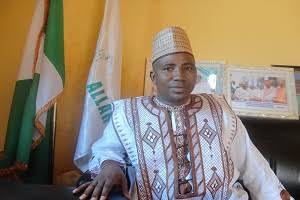 The Miyetti Allah Kautal Hore Fulani has rebuffed an accusation by the presidential candidate of the Peoples Democratic Party, Atiku Abubakar, that President Muhammadu Buhari is not a “full-blooded Fulani man because he cannot speak Fulfulde.”

Atiku, who made the claim during a campaign rally in Jigawa State, described Buhari as a fake Fulani man, saying, “a real Fulani man would not drag his followers into extreme poverty like what is happening under the All Progressives Congress administration.”

However, the National Secretary, Miyetti Allah, Mr Saleh Alhassan, said Buhari’s inability to speak Fulfulde did not make him any less of a Fulani man.

Alhassan said, “The truth of the matter is that, in several places in Adamawa State, they speak Fulfulde. The fact that Atiku speaks Fulfulde doesn’t make him a Fulani man.

“Also, we don’t know Atiku’s uncle and all Fulani know their uncles. Have you ever seen Atiku’s uncle? His claim to Fulani background is shrouded in uncertainty because nobody knows his uncles. Buhari’s ‘Fulaniness’ is not in doubt. His father was an Ardo, a Fulani leader. So, I think it is not an issue.”

The Fulani leader stated that his community had rejected Atiku in the elections because he “doesn’t share in our pains and problems.”

He stated, “Is Atiku not responsible for the crisis on the Mambilla Plateau? They went there, took over the land from the indigenous people and created mega farms and ranches, plunging them (Fulani) into poverty.

“If there is anybody that has created poverty, it is Atiku and the PDP. Over the 16 years they ruled this country, they virtually raped the country in a very shameful manner. It will be a disaster for Nigeria if Atiku becomes President and I know God will not allow it because he doesn’t mean well for the poor people in this country.

“He is a very wicked and vicious capitalist without a conscience, whose morality is in question. He will not only sell this country, he will destroy the very fabric that keeps us together. His aim is to create a paradise of thieves and moral perverts in Nigeria.”