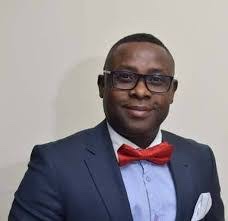 There is no missing N500BILLION at the CBN . What was captured in that audio tape was the panic stricken CBN Governor trying to find ways to cover a massive hole of over N500BILLION that were created out of nothing (non tax ways and means )to provide bailout loans to some profligate/looting governors in Nigeria, as well as other bailout interventions of the CBN.

This gaping N500BILLION hole created at the CBN to lend to profligate and looting state governors , who have refused to implement the urgent prudential fiscal reforms and put great policies that will drive productivity in their states , has brought to fore again the urgent need for us to RESTRUCTURE this jungle back to her constitutional, fiscal , governance, socioeconomic and autonomous framework as we had it in 1960 .

We cannot continue to indulge in this wanton waste and creation of more extreme poor Nigerians when we can follow this urgent path to National recovery -RESTRUCTURING NIGERIA .

I have nothing personal against Godwin Emefile. However, the more I try to make excuses for him , the more it becomes more glaring that he is an integral part of the larger decays , problems and economic deformities we have in Nigeria today .

Through many of his actions , he has unwittingly yielded himself as the errand boy of the oligarchs and have refused to assert the independence of the Central Bank of Nigeria

Godwin Emefile and his team rather than be the independent monetary policy managers, have deliberately and unabashedly turned themselves into the image laundering mouthpiece of the most useless and rudderless governments in the history of Nigeria, across the Length and breadth of the country

Rather than stringently/stridently call out the FGN and the state governments to implement the much needed urgent fiscal reforms across the whole sectors , Ministries, Departments, Agencies and institutions of Nigeria , Emefile and his team have docilely played along like cowardly weaklings.

The CBN was never conceived or created by law to be the clearing house and enabler of irresponsible , profligate and looting political office holders and fiscal managers of the economy .

Where do we even start from in our lamentation of the sorry state of Nigeria and her constituent units ably condoned by the CBN under emefile .

Do we talk about the ill advised bailout loans to some looting and profligate governors , who diverted these funds into their private pockets . Bailout loans that were given out without any scientific measures or institutional transmission mechanisms put in place to checkmate its diversion. Some of us cried out loudly against this massive bailout to irresponsible governor’s. Now we are seeing the blow out .

Do we talk about the rot and criminality going on today at the NNPC that have witnessed and led to massive heist and misappropriation of over $12bn/N3.8trillion over the last three years by way of ghost fuel consumption and its accompanying subsidy scams . Massive heist that makes Deziani and her roguish team look like kindergarten amateurs in oil sector looting and brigandage

Godwin Emefile has been rewarded as we all expected with a second term as the CBN Czar for playing his roles well as that plaint CBN Governor , who sold her independence to become the errand boys of the cabal at aso rock and state government houses across Nigeria. I am so sure that they could not find another person or risk searching for any other person that can be so plaint , subservient , docile , cowardly and servile like him

So , let’s buckle up our belts and enjoy the next level of decay , perversion and misgovernance in Nigeria .