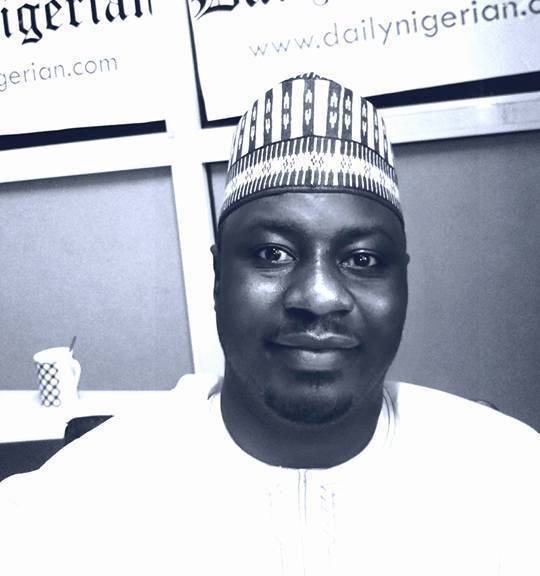 At 1530 hours of Thursday, December 18, 1980, the DPO of Kwalli Division, then Kano’s bravest and most popular cop, SP Muhammadu Maikifa, led a detachment of conventional policemen and two Police Mobile Force (PMF) units to Shahuchi playing ground in Kano metropolis to stop Muhammadu Marwa Maitatsine from holding illegal preaching. Several failed attempts had been made in past but the police went “fully-prepared” for the December 18, 1980 raid.

What started as a simple crackdown on illegal activity turned out to be a major crisis that rattled not only Kano but the whole country. On that day alone, four policemen and a journalist Tunde Amao of Daily Times were killed by the fanatics. Dozens of vehicles, including SP Maikifa’s car (with registration no. KN 3833 KE), and dozens of houses were torched. The fanatics, who were in their thousands, availed themselves of the opportunity to seize five Mark 4 rifles, six different types of submachine guns, five riot guns, two pistols, etc from the policemen. With that accidental rearmament, the Maitatsine terrorists became more daring. The death toll on the sides of the police, civilian and the fanatics rose astronomically through the week of bloodletting. It was after the motifying defeats of December 18 and 20 that the nation woke up to take decisive action. Shagari then ordered Nigerian Army under the command of Colonel Yohanna Kure to take charge of the operation.

Like El-Zakzaky and Boko Haram rise, which the SSS warned the federal government about their possible transmutation into monsters long before they started picking a cudgel, the defunct National Security Organisation (now SSS), had on several occasions written to Lagos and Kano State Government about the activities of Maitatsine. The then acting Kano State Commissioner of Police, Jonathan Pogoson, had also written to the acting Inspector-General of Police, Sunday Adewusi, seeking permission to demolish Maitatsine enclave but Mr Adewusi called for caution and a court order to do so.

The assistant director of NSO in Kano in a letter referenced IS.S 49/594 dated August 9, 1979 warned the country about Maitatsine and other radical Islamic preachers in the state. “It is reported that some Koranic Mallams in Kano City have been preaching in various places without permission which is likely to spark off religious trouble,” the letter, which mentioned Maitatsine and six other radical clerics, read in part.

No doubt, the greatest cause of religious conflict is religious fanaticism, which successive administrations allowed to flourish in Nigeria. The rise of Maitatsine and Boko Haram bear some similarities with the rise of Ibraheem El-Zakzaky who was a university student when Maitatsine was at his prime. While Maitatsine and Boko Haram’s Mohammmed Yusuf did not take up arms against the state and the people in their gestation period, the laxity and levity of the state, gave them chance to acquire arms. Now the disturbing reports that the Shiites bear firearms give cause for worries to anybody who witnessed or read about the rise or philosophy of violent extremism. It’s a warning signal that the country is in for another showdown with another monster.

39 years ago, Justice Aniogulu-led tribunal on Maitatsine crisis had made an instructive mention of Izala, MSS, Tijjaniyya, Kadiriyya, among other groups with latent or clear traits of violent extremism in its April 14, 1981 report submitted to President Shehu Shagari. To the best of my recollection, it is the most comprehensive and thorough report I have ever read.

Warning the country about the possibility of having in El-Zakzaky a Maitatsine incarnate, Justice Aniagolu’s report particularly warned Nigeria about the deputy leader of the Muslim Students Society (MSS) in Ahmadu Bello University, Zaria named Ibrahim El-Zakzaky:

“On 20th August, 1980,” the report said, “El-Zakzaky was reported to be circulating in the Northern States, pamphlets captioned, ‘Fadakarwa ga Musulmin Nigeria’ (A call on Nigerian Muslims) in which he condemned the Nigerian Constitution for being anti-Islamic, called for Islamic revolution, and urged Islamic students to rise against the Federal Government. He also demanded the recognition of Shariah Law. El-Zakzaky is reported to have visited on several occasions, and he recently returned from Iran where he was said to have received training in planning and executing students’ unrest.”

Had Nigeria taken heed to the recommendations of Justice Anthony Aniagolu report, the country may not have experienced Boko Haram nor Shi’a crisis, both of which have now become intractable.

Like Boko Haram, all the teachings of Maitatsine were against Western education, use of technology (such as even riding bicycle!) and respect to constituted authority. The leadership styles of Maitatsine and El-Zakzaky bore a similar pattern: nassicism, arrogation of powers to themselves such that they block roads leading to their spiritual enclaves, harassing passers-by and brutalising neighbors. These were the hallmarks of Maitatsine’s Yan Awaki enclave and El-Zakzaky’s Gellesu shrine.

While the Shiites appear non-violent in their struggle and propagation of their ideology, their habits such as defying constituted authority, harassing and brutalizing neighbors, obstructing highway and feeder road vehicular movements during Muzahara, etc should have long been nipped in the bud if we had serious governments in place. As I have once noted, in fairness to the Shiites, they were not alone in this obstruction affair as other religious groups like Izala (during Wa’azin Kasa), Tijjaniya (during Maulud), Kadiriyya (during Maukibi), churches (during crusade) are guilty too.

It is sad that the El-Zakzaky affair is poorly managed by the Buhari administration, forgetting that the scar of Zaria massacre is still etched in the hearts of many of them who either lost family members or friends. And with the renewed clashes between the police and Shiites, it is apparent Zaria experience did not deter but emboldened the Shiites.