Paradox of development, according to Ian Morris, is a concept rooted in the changing dynamics of progress. It refers to a situation where every solution, at some point, becomes the problem. Morris who wrote at the turn of 21st Century is precise in why nations triumph or atrophy.

The Third World is weak, he illustrates in “Why the West Rules-for Now,” because it consumes itself with “Chain of Divinities” that addresses an improbable hereafter to the

detriment of its energy needs.

Advanced First World, by contrast, fares better because its “Chain of Energies” ensures better and cheaper energy for development and defence while paying scant attention to the hereafter.

Deities that drove civilization in times past are an obstacle to development today as military and economic powers no longer flow from temple and altar but library and laboratory.

I lean heavily on Morris in my interpretation of General Yakubu Gowon’s post-civil war “No victor, no vanquished” policy.

Though reconciliatory, it effectively foreclosed all debates on the causes, course and consequences of that war. It was like the war never really happened. The succeeding generations grew up ignorant of the frictions leading to the coups, pogroms and civil war. Then one morning we woke up only to behold violent agitations for resource control in the Niger Delta, Biafra in the South East and Islamic state in the North East. Poor Gowon’s dove now looks like monster in a true Morrisian paradox of development.

But things could have been different had the revered Gowon and his successors carried the lesson of the civil war into the classroom. Teaching young Nigerians what led to the Nigeria-Biafra war would have curtailed ethnic and religious bigotries. Such attempt would warn the children of the victor not to push the children of the vanquished to the Fanonian point of vowing, “Enough is enough.”

Captain August Okpe’s “The Last Flight”fulfills a historical necessity in paedagogy. It deviates from the see no evil, hear no evil and speak no evil that characterised Gowon’s “No victor, no vanquished.” His argument is that a vicious conflict costing the lives of millions actually took place because he actively participated in the fighting. This monumental tragedy happened because none believed it could happen as everything capable of buoying post-colonial Nigeria was relegated by the leadership. By so doing the work tends to encourage young Nigerians to, among other things, denounce war in all its ramifications. 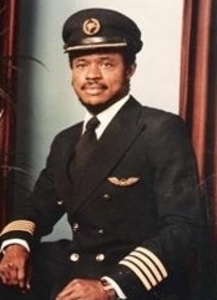 Coming from a hot-headed combat pilot who once swore to rocket his own father’s house at Ihiagwa from air, the radicalised youth of today sees himself in the protagonist. Such identification tends to favour non-violence, unlike the blind violence associated with ignorance and repressed consciousness, for three reasons:

One, the author comes across as role model for young Nigerians who came of age under military dictatorship. Signification, or writing, narrows the generation gap having opened dialogue with them.

Two, by convincing this generation that the preceding one actually tried war as option, the scale automatically tips in favour of dialogue.

Three, Captain Okpe’s immense personal sacrifice cannot fail to inspire the deep respect of today’s youth for the preceding generation that never folded its hands and did nothing. Be it plane crash, being shot at or shooting others, the hero experienced it all in his twenties.

Again, there is redemptive dimension to Captain Okpe’s no-holds-barred approach. Relieving the ghost of the past is healing for the author and Nigeria.

Written thirty-nine years after, the philosophical outlook brought to bear in the writing of this story is obviously not the same patriotic zeal that involved him in the conflict. Time heals; in addition, it re-examines long-standing assumptions making us wiser. This probably explains the lack of bitterness in the work, making me wonder whether the author could have written the same literature immediately after the war. If crisis precedes expurgation then this could be it.

In his Introduction to the work Dim Chukwuemeka Odumegwu-Ojukwu, former Biafran Head of State, privileges the work as authentic, “For the first time and, in a remarkable departure from the usual genre of literature dedicated to the ground war, a book on the Nigeria-Biafra air-war has finally been written by the specialist who, undoubtedly, is the most qualified to write it.” Captain Okpe is the “specialist” and “most qualified” to write on the exploits of Biafran Air Force, BAF, as Chief Pilot, Tactical Air Command, TAC, of that service.

In that capacity he was air borne the moment Ojukwu or Defence Headquarters made tactical decision.

The author is emphatic that his work “is limited to dealing with facts, figures and events affecting persons involved in aviation particularly of the military kind” (p.195). Non-combat pilots flying relief sorties into Biafra, by implication, fall outside its scope. As long as subject matter is concerned, the work chronicles the genesis of BAF, exploits of Biafran combat pilots, their planes; and jungle airports of Udi, Uga, Uli, Okija; and Gabonese airports of Libreville and Nzomo Major that served them. With a hundred and two never-seen-before photos, BAF operational maps, secret codes and sample of mercenary pilot contract, the work achieved its statistical and record objective.

Then, of course, are the stalwart men of valour who provided the critical support services: Sqn Ldrs May Nzeribe, (late) and Goddy Amuchienwa, Flight Lieutenants Nwajagu, Offodile, Nwanegbo, Egbeonu (late) and Lanky Ogbolu (late) to name a few.

The author brings his reader face to face with the indigenous technology that enabled BAF sustain bombing operations. Biafran engineers reconfigure the hijacked Fokker 27 for military operations, “Rene Leclerc and Mr. Willy Achukwu (the inventor of Ogbunigwe-the explosive weapon of mass destruction) coached the crew (not cabin stewards or stewardesses!) on how to delicately handle the bombs with regard to priming details; how and when to throw the bombs through the access hole etc. They were not to bother with the opening or closing of the access hole since that chore was exclusively reserved for the engineer, Mr. Nweke who was formerly of the Nigeria Airways” (p. 339).

History repeats itself 2016 as NAF falls back on similar home-grown technology developed by Innoson Vehicle Motors, Nnewi, for the maintenance of its Alpha fighter jets brake systems.

The story ends 7th January 1970 with BAF’s last two-bomber hostile flight operated by Captain Ibikare Allwell-Brown and Flight Lieutenant Goddy Adindu Njoku. Mission objective is to “attack what was said to be a heavily stocked ammunition store in Ughelli” (p. 580). En route back to Uga airport both pilots are pummeled and shot down near Awka by enemy anti-aircraft fire. In the post-crash inferno the great Ibikare Allwell-Brown is incinerated in his Biafran Baby aircraft but Njoku barely survives having crash landed, bringing a sudden end to a great war literature.

Captain Okpe’s prose has a cosmopolitan flair consistent with great writers. I attribute this to his early exposure as an international pilot. His command of English is commendable, especially aviation and military registers. He infuses a great deal of humour in his narrative exposing the foibles of a destructive species. This brings some relief to a great African tragedy.

There is reason why war veterans prefer the genre of autobiography as a venerable literary style. The war machine deployed to crush and kill is impersonal but its constituents are real men and women with hopes and dreams. Demobilised soldiers, I believe, choose autobiography for protest reason; aside from highlighting the human factor – fear, anger, disillusionment, etc., in every war. Telling their own stories enables them to contest the official historiography typical of Captain Okpe’s work.

The following excerpt shows the hero’s ambivalence to a purposeless war, not unlike W.B. Yeats’ “An Irish Airman Foresees His Death.” In his lonely cockpit after a bombing expedition near Ifite Ukpo Junction, the hero acknowledges it could be his turn to be shot out of the sky one day.

He frankly admits that his death would kill his loving father who believes so much in him.

His humanity wins the reader’s empathy:

“My mind flickered momentarily on the possibility of being shot down. Dying now would not matter so much anymore since it might gratefully bring an end to this inordinate demand the Biafran situation was making on my total resources. If I got shot down and got killed in the process- a thought that crossed the mind from time to time-it would be a deviation from my father’s avowed conviction that I could go ahead and prosecute the war in any manner I cared, that no harm was going to come my way….The only snag, I thought, was that if I died before him, he would not last a week, his supernatural disposition not withstanding….The way things are going… I might likely exit before my father and just look at the rapidity with which my pilot colleagues are bowing out- Lanky, Bobo Ebube, Akahara, Essien, Ngwu, Ernest Ike, Inyang, Alex Agbafuna…, and more would go….I stopped this mind wandering when the airport came into view and I got busy with the approach and landing. The full extent of the damage was only determined during the post-landing check. Bruno, the engineer, described my aircraft as looking like a sieve from the infinite number of bullet holes on it. A tiny chunk of the horizontal tail plane was missing” (pp. 402 and 403).

It was near impossible getting a copy of “The Last Flight”till a brilliant lady came to my rescue. This realisation informs my including Captain Okpe’s websites and personal email address. The reading public should be able to locate him and place direct order. With his contact details now in public domain, a necessary risk, he is exposed to fraudsters peddling bogus human rights awards, million dollar transfers and worthless Doctorate degrees from highfalutin foreign universities.