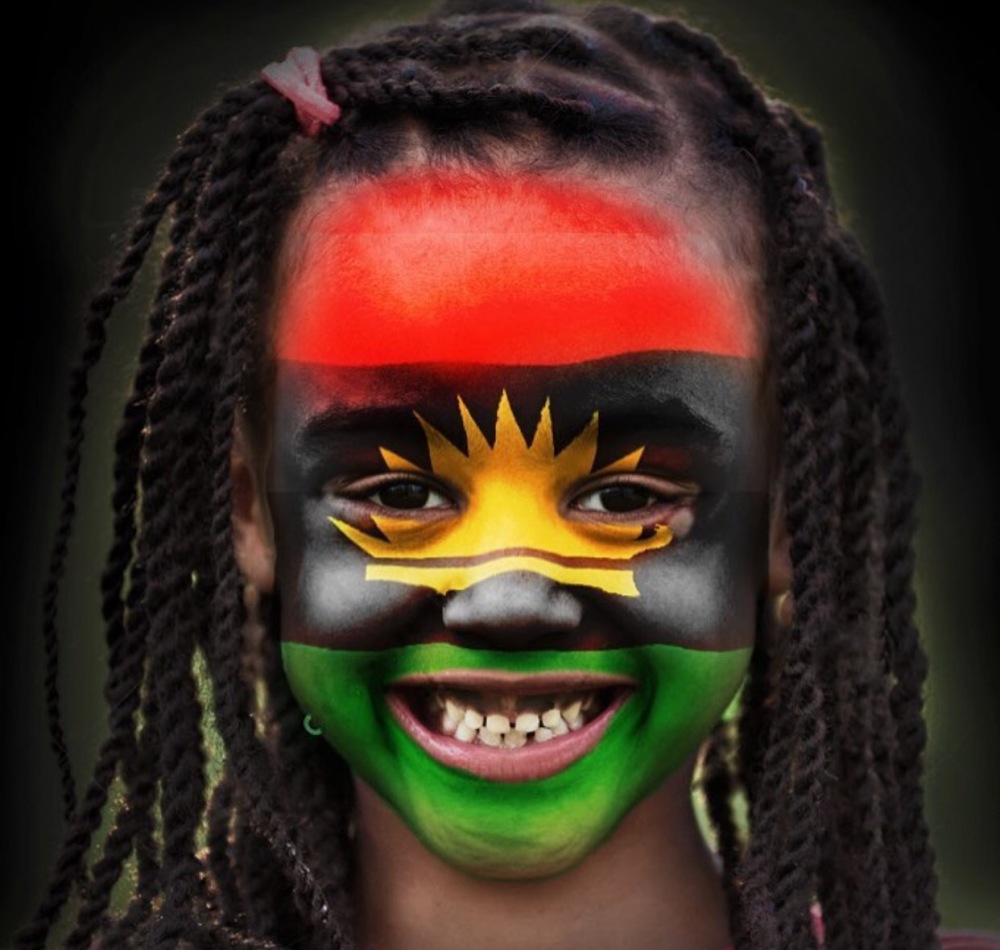 The Igbo do not need or want the Presidency. Actually, they are the only Nigerian ethnicity that do not need the Presidency and its implied nepotistic powers, to succeed in the Nigerian conondurum. This is a fact that any honest person will confirm, even if grudgingly. The Igbo also hate symbolism, especially in very serious matters, since it is akin to begging, an abomination in Igbo culture.

What the Igbo really want, and I should know, being one and having interacted with the people and the elite, is some form of internal independence in Nigeria (restructuring) or failing that, full blown divorce from the failed state that Nigeria has become.

The Igbo know from their history, especially the 33 months of Biafra, that they are the only African or Black diaspora people who have successfully run a totally Indepependent state, devoid of the usual client nature of Blacks towards the achievements of other races. Biafra was, and still remains , the only Technologically Independent Black-run state ever in world history. It is quite instructive that the only successful slave revolt in the history of the Black Slave Trade was that of Haiti and the Igbo Emperor , Toussaint le Overture, who in 1804, established the First Black Republic in modern history, defeating the French Army of Emperor Napoleon Bonaparte.

The history of Haiti should be instructive to all Black people , especially the Igbo , and Nigerians. For his uppity role in defeating a European Army with a fully Black slave force, the whole of Europe and America has consistently conspired to ensure the failure of Toussaint le Overture and Haiti. From the traitor Dessaline, a half-caste and Toussaints Deputy, who betrayed him to his French enemies, who thereafter decapitated him, keeping his head in France for two centuries, until President Sarkozy, the first Jewish President of France, decided to atone for the crime and return his skull to Haiti a few years ago,to all the recent military revolts that has destabilized the country, usually led by half-caste military leaders, to the contrived famines that usually devastate the country to cement its position as the poorest country in the Western Hemisphere and therefore a laughingstock of that area, the story of Haiti defines the failure of Biafra, and will trail the Presidency of an Igbo man in Nigeria. The question that should be asked is why the Dominican Republic, Haiti’s neighbour on the island of Hispaniola , and run by half-castes who were originally Haitians, is such a Caribbean success story, just next to the contrived mayhem of Haiti?

For those naive Igbo who may be tempted by the symbolism of the Presidency of Nigeria, the travails of the Igbo-neutral Ijaw man who became an accidental President of Nigeria, Goodluck Ebele Azikiwe Jonathan, should be a stark warning of what is in store for a future Igbo President of an unrestrucutred Nigeria. Jonathan was hated by other Nigerians, because he decided to end the stigmatization of the Igbo in Nigeria and he paid for this with his defeat in 2015. Even his Ijaw brothers held that refusal to continue with the punishment of the Igbo by the Nigerian state against him. On March 31, 2015, the voter turn-out in Bayelsa state , the Presidents home state was a miserly 47%. He was seen as the Igbo President by even his own brothers and therefore paid the price.

On the international front, a true story about an event in the former Soviet Union during the Biafran War should be a warning to naive Igbos and to all progressive Black people. On a visit to solicit Soviet help and end their military support for the feudal Nigerian state, a Biafran communist delegation was dispatched to Moscow in 1968. After discussions with Leonid Brezhnev, the Soviet leader, who stated that his hands were tied because of United Nations and OAU resolutions on Nigerian unity , his deputy Yuri Andropov , called the Biafran delegation aside and issued the following devastating but highly informative bombshell of a statement: “Europe will not let you go. You have been fighting for only two years but you have developed rockets and rocket-fuel technology. We do not want another Japan in Africa, so Europe will not let you go. That is the Soviet handicap”.

Was is then a surprise, that in the Cold War atmosphere of that time, British pilots were flying Russian MIGs for the Nigerian Airforce. Europe was determined to prevent the rise of a Black uppity state that Biafra would have represented. Fifty years after Biafra, Nigeria is a technological and industrial desert, like the rest of Africa, the same area that produced Dr Garrett B. Leton the Ogoni chemist and rocket fuel wizard, who led Biafran rocket development and deployment, Gordian Ezekwe the missile master and Professors Ezeilo and Chike Obi, great mathematical theorists who all ensured the lengthy nature of the Biafran War which should really have lasted less than three months, because of the blockade of Biafra.

When I hear people castigating Igbos for not uniting behind a single Presidential candidate I really marvel at the hypocrisy of some Nigerians and the sheer hatred of the Igbo. All the Northern and other Presidential candidates in Nigeria have always had rivals from their ethnic group, from Shagari to The Certficateless One and from Obasanjo to Falae and Tinubu. However, because Jim Nwobodo , Asiodu and Okadigbo , Ume-Ezuoke ran against Ekwueme and other Igbos, the Igbo are scorned as disunited, and this in a democratic atmosphere. What a great pity, what cant, what sheer national stupidity. The great Igbo politician, Professor ABC Nwosu, recently warned the Igbo against contesting for the Nigerian Presidency, because it would lead to what he called “Extreme Patriotism” by other Nigerians, who will rally and vote him/her out. This is the poignant reality of the Igbo in Nigerian politics.

Bottom line, the Igbo do not need or want the Nigerian Presidency, because they have already passed that stage. What they want is local autonomy at the least or at best the Independence of their area with or without the alliance of any other groups. In spite of all this showboating by some other ethnic groups about their ability to survive the disintegration of Nigeria, the Igbo are the only ones that have really experienced the freedom of Independence and its consequences.

They ran Biafra 1.0 and can therefore do the same and much better in Biafra 2.0. That is the evolving reality, not this nonsense about Presidency, when we have all seen the disasters that have come to the ethnicities that have occupied that powerful but really stupid position.