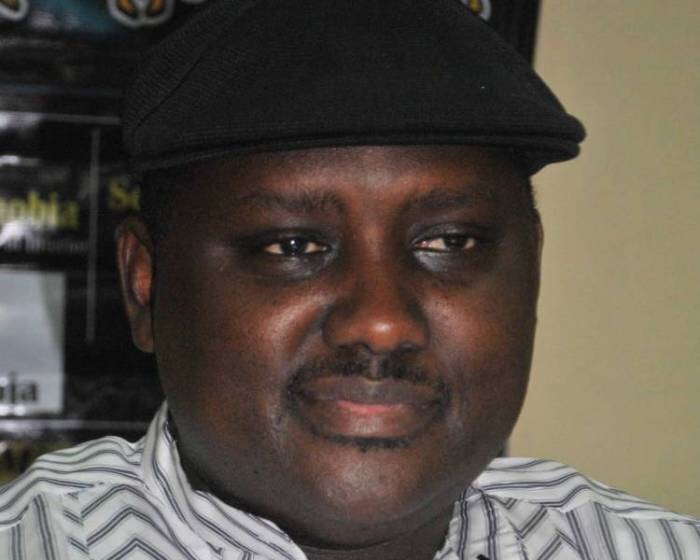 The Conference of Nigeria Political Parties, CNPP, has called on President Muhammadu Buhari to, without further delay, sack everyone involved in the recall and reinstatement of former Chairman of the Presidential Taskforce on Pension Reforms, Abdulrasheed Maina.

The CNPP said this rising from its consultative meeting with representatives of civil society groups drawn from the six geo-political zones of the country in Abuja on Tuesday.

It issued a 14-day ultimatum to the Federal Government to order all its officials named in the scandalous reinstatement of fugitive Maina to the federal civil service to immediately step aside for proper probe of their involvement in the saga.

The Conference also called for a public enquiry into the scandal to unravel the truth behind the controversial return and reinstatement of the former pension taskforce boss.

A statement by the Secretary General of the CNPP, Chief Willy Ezugwu, said, “there are too many stories, questions, twists and names in the controversial recall game that it is impossible for any Nigerian to understand the focus of the President Muhammadu Buhari’s anti-corruption war.

“For us, the reinstatement of fugitive Abdulrasheed Maina to the Nigerian civil service, the naming of the alleged masterminded of the reinstatement as Attorney General of the Federation (AGF), Abubakar Malami, and the Minister of Interior, Abdulrahman Dambazau, the involvement of the Head of Civil Service of the Federation and the Federal Civil Service Commission, the Maina’s clandestine return to Nigeria despite being on an international wanted list and the alleged revelations made by the AGF at the on-going secret probe by the Senate ad-hoc committee, have left every sane Nigerian thinking.

“The AGF was said to had confessed to the Senators that indeed Maina approached him for a meeting when he was in Abu Dhabi as part of the entourage of President Muhammadu Buhari’s official visit to the United Arab Emirates (UAE) in January last 2016 but before granting him audience, he sought security clearance from the Director General of the Department of State Services (DSS) Lawal Musa Daura who allegedly gave him the nod on the condition that the Minister must attend the meeting along with a witness.

“With all these names, there is now the urgent need for clarity on the part of the executive in view of the confusion associated with its much touted anti-corruption war.

“Every day of the President Buhari administration, Nigerians and the international community get more and more confused about the anti-corruption direction of the government.

“Therefore, for clarity and a proof that the war is not a vendetta and a mere political slogan to win the simple, all the persons involved the MainaGate must immediately step aside and an independent public probe instituted by the federal government to clear the doubts currently gathering in the air.

“This must be done within 14 days if Mr. President is truly on anti-corruption war to sanitise the Nigerian political system for generations unborn to enjoy a Nigeria of our dream or the CNPP and its allies in the civil society will be forced to take a legitimate but drastic measures to save Nigeria”, the CNPP demanded.

“President Buhari needs to decisively act as the of head the executive arm of government as the Maina’s return and reinstatement became an international matter the day the INTERPOL got involved in the manhunt for the fugitive Maina.

“Today, Nigeria and her anti-corruption disposition have turned into a caricature among the comity of nations. Therefore, there is need to rise up and save the country.

“At the end of 14 days and the above mention officials and those yet to be identified were not ordered to step aside by President Muhammadu Buhari, we may be forced to rise to the demands of the occasion, include picketing of the Ministry of Justice and the Office of the Civil Service of the Federation, Ministry of Interior and other ministries and agencies of government named in the Maina controversy.”