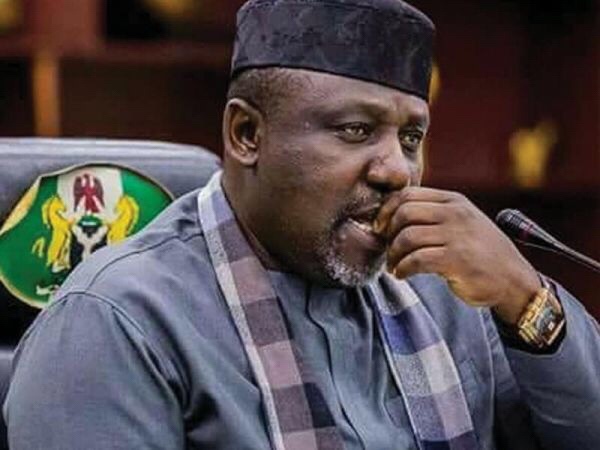 The NBA made the claim in a press statement signed by its Branch Chairman in Owerri, L.U.N. Nwakaeti Esq, saying that Governor Okorocha lied when he denied that he was owing the judges in the state.

“The Government of Imo State has shown that it is a present and looming threat to democracy and Rule of Law,” said Imo NBA.

Barr Nwakaeti lambasted the Governor for denying owing judges in Imo State, describing the denial as one Okorocha’s lies.

Former Governor of Imo State, Dr Ikedi Ohakim, had during a media interaction last Saturday, February 3, 2018, disclosed that Governor Okorocha was owing judges in the state for 16 months, vowing to lead a mass protest against the State Government if it fails to substantially pay the judges by the end of March 2018.

But in his response during a media chat at the Government House, Owerri, on Monday, Governor Okorocha denied owing the judges, saying that he does not pay them.

But NBA in its statement said that the Governor’s denial “represents one of the lies and propaganda for which this government has become known for.”

It further said: “For the avoidance of doubt, the payment of the various categories of allowances like housing, motor vehicle maintenance, security, welfare, (up keep) etc are borne by the state government from funds provided for that purpose, whereas the salaries of the judges are paid directly through the National Judicial Council (NJC).

“The Bar states with sadness that the issue of payment of the allowances of our Judges has been reduced to a political issue by the Government of Imo State in a bid to undermine, muzzle and intimidate the judicial arm of government contrary to the principles of separations of powers enshrined and guaranteed under sections 4, 5 and 6 of the Constitution of the Federal Republic of Nigeria.

“It is very sad that after accessing the funds meant for the above purposes, the government of Imo State in its characteristic manner misappropriates same. This has been going on for the past one year and some months.

“The Bar, being the spokesperson of the Bench, as a result instituted an action on behalf of the Judges of Imo State Judiciary at the National Industrial Court in suit No NICN/OW/58/2017, on behalf of our Judges.”

Imo NBA added: “Nigerians should note that the Government of Rochas Okorocha is hell bent on destroying all institutions in the state that are creations of the laws of the land and these are institutions that ensure the growth and sustenance of our democracy.

“This is a man that has consistently disobeyed the judgments of our courts in a way that calls to question his legitimacy to continue in office as Governor. For instance, the Pensioners of Imo State who are beneficiaries of a judgment of the National Industrial Court on the 5/7/2017 are still battling to get their pay cheques for over two (2) years arrears of pensions and gratuities. It should be noted that the former Chairman of the Pensioners Union for Imo, Mr. Ezeji, died in his sick bed clutching dud cheques issued to him by the Imo State Government.”

One thought on “Okorocha a threat to democracy — Imo lawyers.”