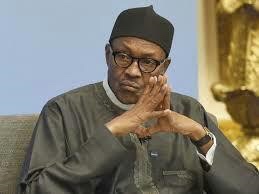 Sometimes, I want to laugh at our people and say, it serves you right. Some other times, I just want to “siddon look”, apologies to our Cicero, the late Chief Bola Ige. And yet more often than not, my first instinct when they are complaining about the “strange” goings-on in government is to say, some of us told you so. You see, a child who fails to heed the warnings of elders to stay away from fire, will run away from ashes after suffering the consequences of fire.

The 2015 presidential election has come and gone but the lies, tone, texture and frenzy of the campaign will stay with us for a long time to come. It was not so much about the issues of governance or the vision and ideas of the contestants, but much more about the full-blown demagoguery and even debauchery on display by forces determined to wrest power at all costs. Many simply lost their ability to reason normally and behaved like addicts high on opiate. They became jellies and zombies of a feudal hegemony disguised as “change”.

Otherwise highly respected intellectuals and people of great standing in society got sucked into a make-belief change; their endorsement helped in no small way to bolster the false narrative of the 2015 campaigns and drove the ordinary people into a frenzied march on a path that has pushed the country rolling towards the edge of a precipice.

Now, we are at the moment of truth; stripped of all pretences and completely disabused of the illusions of a changed Muhammadu Buhari. The truth is, we have never had a president, who by his deliberate actions and inactions sowed the seeds of mistrust; who is so utterly insensitive and so brazenly determined to stoke the fault lines of the delicate balance of this ethnically diverse country like we have now. We have never had a man so clannish at the helm of affairs of this country like we have today, a president who declared that he would not treat those who gave him 97 per cent equally with those who gave him 5 per cent.

The tragedy of it all is that the signs were there from the word go, so was the evidence of his tenure both as a military Head of State and the Chairman of PTF – that Buhari’s history and career is steeped in advancing narrow ethno-religious interests using national public offices – but were waved off as “contrived handicaps” by those who were all too determined to rewrite his past in flattering prose and poetry.

Surprisingly, many people, some of us had previously ascribed historical knowledge of events to, suddenly turned themselves into fanatical spokespersons, purveyors of falsehoods and embellishers of “true lies” and half-truths. Some took a blind leap of fate on a man they knew in their heart of hearts had not changed.

They told us it would be purblind to insist Buhari has not been chastened by the intervening experience and – most critically – by a vastly transformed environment – both localised and global. Now the joke is on those who stood as guarantors for a changed Buhari as his actions since coming to power at every turn have contradicted their claim. They even told us all his domestic workers were from the South-east; that one of his daughters was married to an Igbo man and that he would celebrate the 2014 Christmas in the South-east with his in-laws as evidence of his detribalised nature. But it was all a pack of lies! Some of us could only shout ourselves hoarse and look on helplessly as too many people signed the “suicide pact” that has doomed nation building.

I know someone who swore by the heavens that Buhari was God-sent to fix Nigeria. That was when the euphoria was still fresh. Less than two years into Buhari’s 4-year term he started to avoid me. Why? Because he simply ran out of excuses for the man’s failure.

There is a proverb in the land of my fathers which says you do not need a lamp at night to identify a person you already know very well in the afternoon. But those who should have known became willing drummers for a candidate who represents all the things that divide us as a nation.

Since the ascension of Buhari to power, we have not seen the promised change. Rather, we have seen a deliberate and systematic northernisation of government agencies to the alarm of both those who warned against electing him and some of those who marched to support him. I had stated in my first intervention in the Buhari debate, titled, Buhari: When Facts Become ‘Contrived’, that he is not the right person for the office of president of a modern Nigeria because he would reverse the little progress made in the quest for nation building. And more importantly, that the only reason he wanted to be the president was to regain the power he lost when he was overthrown in 1985 as well as the overwhelming ambition to right the perceived wrongs done to the North since the democratic experiment began in 1999. His body language then said it all, but either many didn’t understand it, or was misread by an overexcited, foolish and gullible public. It didn’t take long for him to eagerly put the agenda of his mission into practice following his victory in the poll.

It is instructive that Buhari’s first consideration following his victory, even before he was sworn in was the Grazing Bill. It started with murmurs, whispers, and then a subtle push. Many were in disbelief at the mere thought of it by the president, let alone preparing a bill to the National Assembly. Then it was denied, and of course, it soon became clear that it was real after all. Buhari only quietly backed off when faced with a determined pushback. In that whole drama, it was also quite instructive that the president never uttered a word but was working hard behind the scenes to push one of the clannish provincial policies dear to his heart.

Soon after the failure of that bill, the Fulani herdsmen as if they were watching the direction the pendulum would swing, unleashed wave after wave of bloody massacres on innocent communities across the country, killing and maiming thousands. Some revisionists and other mischief propagandists even denied it was Fulani herdsmen that were doing the killings despite the clear evidence (talk of exoneration by denial), all in a bid to excuse Buhari’s culpable guilt by his cold indifference and failure to take decisive action against his kinsmen. And as the saying goes in the land of my fathers, “Indifference is always the friend of the enemy.” It emboldens the aggressor to further violate the victim.

According to Wole Soyinka, revisionism is a travesty of history. Strangely, many even alleged that describing the marauding killers, as Fulani herdsmen was a smear campaign targeted at Buhari because of his Fulani ancestry, and that those guys were not Nigerians. Really? Up till today, no one has given us any rational explanation for Buhari’s inaction against the “foreign” herdsmen. When Buhari, under pressure from the public finally acted after months of silence, it was a feeble, half-hearted response to what had turned into a full-blown national security crisis.

You see, since his ascension to power, Buhari rather than by his conduct, dispel that well-deserved ethno/religious irredentist toga he earned by his utterances and actions years preceding his rise to the presidency, or at the minimum, disguised his agenda of righting the perceived wrongs done to the North, has done more to strengthen that appellation by way of appointments, actions and inactions.

The headship of the entire security architecture of Nigeria is firmly in the hands of one section of the country. Who does that in a multi-cultural and multi-plural society like ours? Only our “changed” President Buhari. It was written in the book of old that a leopard never changes its spot. But those who were too eager to ditch the wisdom of old for the brand new marketing manual of shylock politicians waved all the danger signals aside and crowned him the new messiah of our time who would save Nigeria.

Again, take a look at the following out of the many lopsided appointments and tell me if this man is not an ethno/religious bigot as former Vice President Atiku Abubakar once described him in the run-up to the APC presidential primary in 2014: the Inspector General of Police, Idris Abubakar, the Director General of the Department of State Security Services, Lawal Musa Daura, the Chief of Army Staff, Lt. Gen. Tukur Yusuf Buratai, the Chief of Air Staff, Sadiq Abubakar, the National Security Adviser, Babagana Monguno, the Chairman of the Economic and Financial Crimes Commission, Ibrahim Magu, the Minister of Defence, Mansur Mohammed Dan Ali, the Minister for Interior‎, Abdulrahman Dambazau, the Comptroller General of the Nigerian Customs Service, Hammmed Ibrahim Ali, the Comptroller-General of Immigration, Mohammed Babande, the Controller-General of Prisons, Ja’afaru Ahmed. It is bad enough that they are all from the North, it is even worse that they are all Muslims.

The recent lopsided recruitment into the Department of State Services (DSS) is another direct affront to the delicate balance of Nigeria’s unity. It was reported that 51 officers were picked from Katsina State, the president’s own state, while Akwa Ibom and Lagos produced only 5 and 7 respectively.

As if the huge outcry that skewed exercise generated was not enough, the just concluded management reshuffle in the state oil company (NNPC) has shown the clear danger Buhari poses to Nigeria’s unity. It is frightening that he doesn’t care about the implications of his actions and is therefore carrying on despite protestations. For goodness’ sake, how can one justify the following appointments?

Others are Adewale Ladenegan – MD Kaduna Refinery, Adeyemi Adetunji – MD NNPC Retail, Bola Afolabi – GGM Research & Development, Roland Ewubare – Group General Manager 2, Diepriye Tariah – MD of IDSL… Conspicuously absent from the list is any name of a senior management person from the South-east. Even the South-west and the South-south are scarcely represented.

Ohanaeze, in a statement by its President-General, John Nwodo aptly captures Buhari’s disdain and modus operandi to governance: “As long as President Buhari continues to ‘live out his speech abroad’ that his government will favour those who voted 97% for him against those who voted 5% for him, so long will the dissatisfaction and unrest in our polity subsist.

“There is no oil well anywhere in Northern Nigeria. Four of the five states in the South-east have proven oil resources some of which provide our nation’s revenue, yet our people are not found fit to be adequately represented in a key corporate institution like the NNPC.”

Now, just imagine for one second that it was former President Goodluck Jonathan who appointed people of his own ethnic stock into strategic national positions to the exclusion of a section of the country, like Buhari has done; all hell would have broken loose by now.

Wounds take a long time to heal. Nigeria will need a lot of healing from the damage done to it by Buhari long after he has left office. Those clamouring for him to remain in power beyond 2019 disparage and trivialise the harm he has done to our individual and collective psyches in our quest for nation-building policies and programmes.