Since the advent of the current democratic experience, political mortals feigning ignorance of the dangers of playing God, are beginning to receive their punishments in a very alarming proportion.

Government after government in Imo state since 1999 had always come into life by sheer maneuvering of ruthless actors in the field of play. No single government in Imo had come into fruition by the collective mandate of people’s power, rather it has always been thru a fragile swindling conspiracy of concentric circle playing round the political landscape.

Even the current administration in Imo today was a product of late night conspiracy hatched to settle scores. But there is one underlining factor in all of these, most of these protagonists who still think that they are relevant in the political scheme of things, will be disappointed at the end of the day judging by the emerging political trend today.

Issues of the moment and past antecedents of some of these self glorified demi political gods will not be disconnected from their names when the real time to render account and steadwardship of one’s services comes into questioning.

I watched closely and in fact participated actively in both Gov. Achike Udenwa and Ikedi Ohakim’s governments and I was able to draw very sterling conclusions about the two governmental interregnum. I was providing consultancy services to Imo state government under Udenwa during his second term (and he remunerated me with a whopping monthly allowance of 1m thru the liason office headed by Barr. Chika Ezerioha, may God bless Gov. Udenwa). Throughout that period, I was able to study the functional disposition and characteristic nomenclature of men in power. Simply put, Udenwa was a people’s governor whose apetite for plundering public funds was never in his agenda, yet he came thru conspiracy of the elite.

In the year 2007, the goons of electoral fixing and hijacking of the entire electoral processes became the order of the day which unarguably Ushered in a government and a governor elected by just a handful of Imo political contractors, hence Ikedi Ohakim mounted the throne. It took Ohakim a very long time to realise that his decisions and actions would automatically reflect on the lives of the people of Imo state. Even people like me that saved his government from extinction were tricked and displaced. When he realised that he has made monumental mistakes, the ball was already inside the net and he suffered a crushing defeat in the hands of a cunning mantramuthy.

Ohakim’s exuberance in government remained unabated till 2011 when the worst political mistake visited Imo state on the 29th of May 2011, the con master himself masqueraded himself as an angel and pulled thru the biggest shocker and defeated an incumbent governor in a blazing sunrise. Rochas Okorocha mounted the throne and started dismantling every trace and footprints of anybody that had ever ruled Imo state. Today, Rochas has become a plague upon Imo people. Even to stop him from installing his son in law as the next governor, has become the greatest headache to every average Imo adult.

This whole scenario has brought me to the subject matter upon which this piece is situated. Imo needs a governor from the rank and file of their own circle. The political evolution of Sen. Sam Daddy Anyanwu and his attendant progressive mindedness coupled with his visionary outlook has brought me to the realisation that Imo may not be looking too far from getting their own governor. A governor made, selected and elected by them.

Sam Daddy Anyanwu has remained himself over the years, his friends 30 years ago are still with him, he is not elitist, he is too far away from classism, Sam daddy doesn’t get involved in mad rush of wealth acquisition, he is highly educated, a creative thinker and most importantly, the youthful Senator fears God.

In the course of my political sojourn, I have mastered the art of predicting political actions and most my projections have appeared faultless and in realm with the the planned objectives.

Let me conclude by saying this; that it will not be for the best interest of our children for us to continue to make the same mistake every four years because of greed and personal interests. God has shown us that Sen. Sam Daddy Anyanwu is the catalyst that can engineer the rapid development of Imo state and turn it into a model society.

Let us therefore, rally round him now and shun wolves in sheep cloths parading the streets of Owerri disguising as angelic humans whereas they are maximum rulers and power mongers.

Let us collectively make Sen. Sam Daddy Anyanwu the next governor of Imo state and I believe strongly that the cherubic power of God will open the gates of heavens to rain down the blessings of development in Imo state.

A word is enough for the wise! 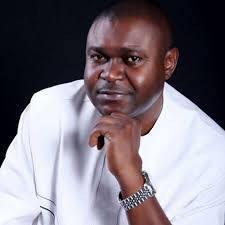