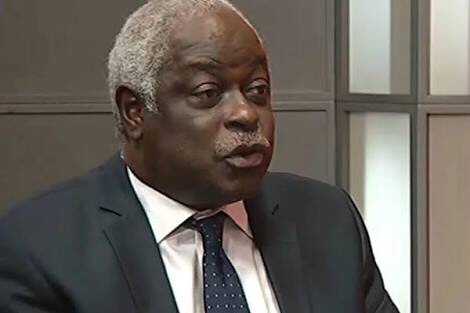 Those were the days when peace of mind could be bought with hypocritical acts of philanthropy. But that just won’t do any more. It is karma time.

Many years ago, as a member of the Nigerian delegation to the Nonaligned Conference, I engaged a Nigerian vice-president in discussion on Nigerian politics. I cannot recall now the exact subject-matter, but I remember saying at some juncture: “Nigerians won’t stand for that, Sir.” The vice-president became visibly irritated: “What are they going to do?” he asked pointedly. “What can they do about it?”

What indeed can Nigerians do about the policies of our government? The official answer is: “absolutely nothing!” Nigerians are deemed powerless and are held with obvious contempt by our leaders. We never seem inclined to fight for our rights. Sister-Africans like the Algerians and the Zimbabweans fought for their independence. Nigerians did not.

When an election was annulled in Algeria in 1991, the denied victors went to the trenches and fought a lengthy guerilla-war that cost over 200,000 lives. But when an election was annulled in Nigeria in 1993, we did not fight. When the military overthrow an elected government in Nigeria, we accept it without contradiction. It merely provides a welcome opportunity for the musical chairs of new political appointments.

Today, Nigeria earns barely $50 billion a year. Our economy is down in the dumps. There is galloping unemployment. Those in public employment are owed back salaries; while pensioners are owed their pensions. The PHCN suffers from chronic epilepsy, leaving the country in gross darkness. There is a relay-race of strikes. Even, doctors and health-workers are not exempted. With the growing ban of okada riders nationwide, some Nigerians are now forced to walk to work. Many can hardly afford a square meal a day.

In the midst of this hardship, rich Nigerians are busy flaunting their stolen wealth. They are buying summer-houses in Dubai; building hotels in Lagos; buying yachts in New Orleans; celebrating birthday parties in Seychelles; marrying wives in the Bahamas. Our pastors have become mega. They now fly around in private jets, drive in a cortege of Jeeps and preach “the gospel” while cruising down the Atlantic with the “crème de la crème.”

Some fly in former prime-ministers of foreign countries just to dedicate spanking church-buildings costing billions of naira. Others call for dubious billion-naira donations in order to build church-auditoriums measured in kilometers. Meanwhile, their congregations remain mired in poverty. Many are even hungry-poor.

Seeing the writing on the wall, many are convinced Nigeria is now ripe for a violent revolution. We have seen “the Arab spring” in the Middle East. They believe “a Nigerian summer” is also on the horizon.

Some years back, Pastor T.B. Joshua of Synagogue Church of All Nations lent his voice to those predicting that a revolution in Nigeria is in the offing. During a televised broadcast, he declared: “I am seeing a revolution. I am seeing people take to the street. At the beginning of that protest, it might be stopped. Eventually, it will become so big that it cannot be stopped.”

T.B. Joshua is known for making curiously accurate predictions. He reportedly predicted the death of the former President of Zambia, Levy Mwanawasa, in 2008. He is also said to have predicted the election of John Atta Mills as President of Ghana that same year. But is it true that a revolution is just around the corner in Nigeria? Is it true that Nigeria is more than ready for its own homegrown social and political upheaval?

I don’t think so! There is no revolution coming in Nigeria for the simple reason that the revolution already came a long time ago. It came in a way that defied our political science textbooks. Maybe that accounts for our failure to recognise it. In the Nigeria of today, the revolution is crime.

There is a revolution already underway in Nigeria. The revolutionaries are armed-robbers, pen-robbers, “OPC,” “Bakassi boys,” “area-boys,” “yahoo-yahoo boys” and 419 scammers. They are money-grubbing market-women; carpenters; plumbers; doctors and university lecturers.

National treasuries are being emptied. Banks are getting robbed. Homes are being burgled. Oil pipelines are being vandalised. Everybody is grabbing his share of the national cake. Everybody is busy ripping-off everyone else. From the policeman who holds car-owners hostage for “happy weekend” gratifications; to the mechanic who uses fake spare-parts; to the pharmacist who sells expired drugs; Nigeria is now a country of generalised criminality from top to bottom.

In Nigeria, corrupt public-officials have murdered sleep. They live the barricaded life. Their walls are concrete and electrocuted. Their bodyguards are armed to the teeth. Their cars are smoke-screened. Their agbadas are bullet-proofed. Their children are home-schooled for fear of kidnappers. Even their mothers and grandmothers are under lock-and-key in the villages.

Those were the days when peace of mind could be bought with hypocritical acts of philanthropy. Some small-change is thrown at a few beggars. One or two vagrants are fed with crumbs from the table. But that just won’t do any more. It is karma time.

This revolutionary criminality has found its most profound expression in the Boko Haram; a virulent terrorist scourge that now holds the country hostage. In spite of the fact that Northerners have ruled Nigeria for no less than 40 out of a total 58 years of independence, the North remains the most impoverished part of the country. It is full of uneducated and unemployed youth. The public health system has collapsed. The educational system is bankrupt. The pervasive feature is grinding poverty among the rank-and-file.

The North-west has produced more Nigerian presidents than any other region. Nevertheless, it is one of the most pauperized areas of the country. According to a report by the United Kingdom’s Department for International Development, 7 out of 10 women in North-West Nigeria between the ages of 20-29 can neither read nor write.

The North-east is hardly better, especially given the incidence of armed insurgency. By the same account, the maternal mortality rate in the North-East is said to be three times above the national average. But Northern politicians don’t seem to care. They send their children to school abroad: they deliver their babies in Britain and the United States.

All this provides fertile ground for Boko Haram to flourish. To date, innocent men, women and children are senselessly murdered in the North by this group of marauders, without discernible probable cause. Neither is there any respite down South. Kidnapping is now a major industry. If they don’t get you, they go after your parents or your relatives.

Several years ago, Shettima Ali Munguno, 87-year-old former petroleum minister of Nigeria, was also abducted by the Boko Haram. But then, surprisingly, he was promptly released without ransom. Many speculated he must be a Boko Haram sympathiser to have been so favoured. But I am of a different persuasion. I am convinced the Shettima was released because his curriculum vitae was read to the Boko Haram. They then discovered that they had mistakenly kidnapped the wrong man.

I remember when the Shettima was in government. He had the national reputation of being scrupulously honest. It was widely acknowledged that he would never steal public funds. In fact, there was a rumour that his people hated him at the time for that very reason. Why should everyone be a thief at the federal level and only the representative of Borno is clean?

Presumably, his people wanted a representative thief in Lagos. Therefore, when a chorus of Nigerians appealed to the Boko Haram on the basis of the impeccable credentials of the Shettima, he was promptly released. He is not the kind of person the Boko Haram revolution is against.

Alhaji Kashim Shettima, then Governor of Borno State, gave this testimony about Shettima Ali Munguno: “Those who help orphans and the poor have special place before Allah and this makes our elder statesman, Shettima Ali Monguno, a special person before Allah because over the years, he has dedicated his lifetime to catering for the orphans, widows and the needy. He feeds them, clothes them, takes care of their health and other social needs. He is a righteous old man as all humans can testify, leaving Allah to be the judge; he is associated with honesty and integrity. This means Allah cannot be happy with anyone that hurts this good servant of his.”

The message is clear: the Shettima Ali Mungunos of Nigeria have nothing to fear. But the corrupt politicians who have grown fat by stealing public funds; the jet-setting mega-pastors who make merchandise of men; the businessmen who specialize in fraud; they need to be very afraid. There is a target on their foreheads. Fear will continue to surround them on every side.

In Nigeria, the pauperized many have sent a memo to the criminally-rich few: “We will not allow you to enjoy your ill-gotten gains in peace. We will hound you and pursue you everywhere you go. When you buy your Jeeps, we will snatch them. When you send your children to expensive schools, we will kidnap them. When you retreat to your billion-naira homes, you will have to sleep with one eye open. With every knock, you will panic and tremble fearing it could be nemesis at the door.”

Professor Osita Eze, the late Director-General of the Nigerian Institute of International Affairs, told me an interesting, probably apocryphal, story. He said when the late president of Nigeria, Umaru Musa Yar’Adua, was brought back home on his sick bed from Saudi Arabia in the dead of night in February 2010; a contingent of armed soldiers surrounded the houses of prominent members of government in Abuja.

In panic, one of them quickly phoned his godfather, to seek advice as to what to do. The godfather said to him: “Let me make some enquiries and then call you back.”

The godfather then dropped the phone, got into his private jet, and quickly ran away to Togo.