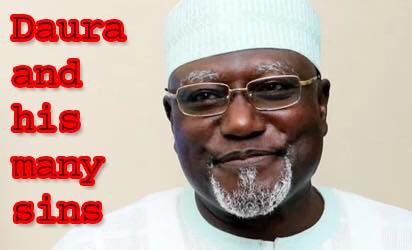 A Threat To Our Democracy Amidst Fight Against Corruption

Perhaps the most ignored of the three items purported to have been found in Daura’s home are the PVCs. The cash and the arms may be explained by stretches of imagination and guided narratives. The PVCs on the other hand cannot be for himself or for DSS qua DSS. The PVCs are for the benefit of APC, PMB and his govt. A forensic investigation of the PVCs if not the Cash will drag in INEC, perharps CBN and the banks. PVCs either from INEC or illegal printing shops in China or elsewhere. The earlier FG understands that the mosquito is perched on the scrotum the better they reason not to use a sledgehammer so freely. The dexterous handling of Daura is a sine qua non of the survival of APC, FG and the possible vaporization of PMB 2019 ambitions

Precisely! Stealing #21 Billion…which turns all cries of PDP looting to amateur stealing is bad enough..but planning to steal an election.using prepacked or preloaded..card reader friendly PVCs….especially when we all know that Buhari’s preferred candidate for the post of INEC Chairperson is his niece-in-law Amina Zakari until there was a public outcry..should alarm everyone crisscrossing the country in preparation for Elections.

The Daura PVCs may just be the tip of the iceberg or the smoking gun for a predetermined election outcome.

INEC’s feet must be put over the fire until they squeal.