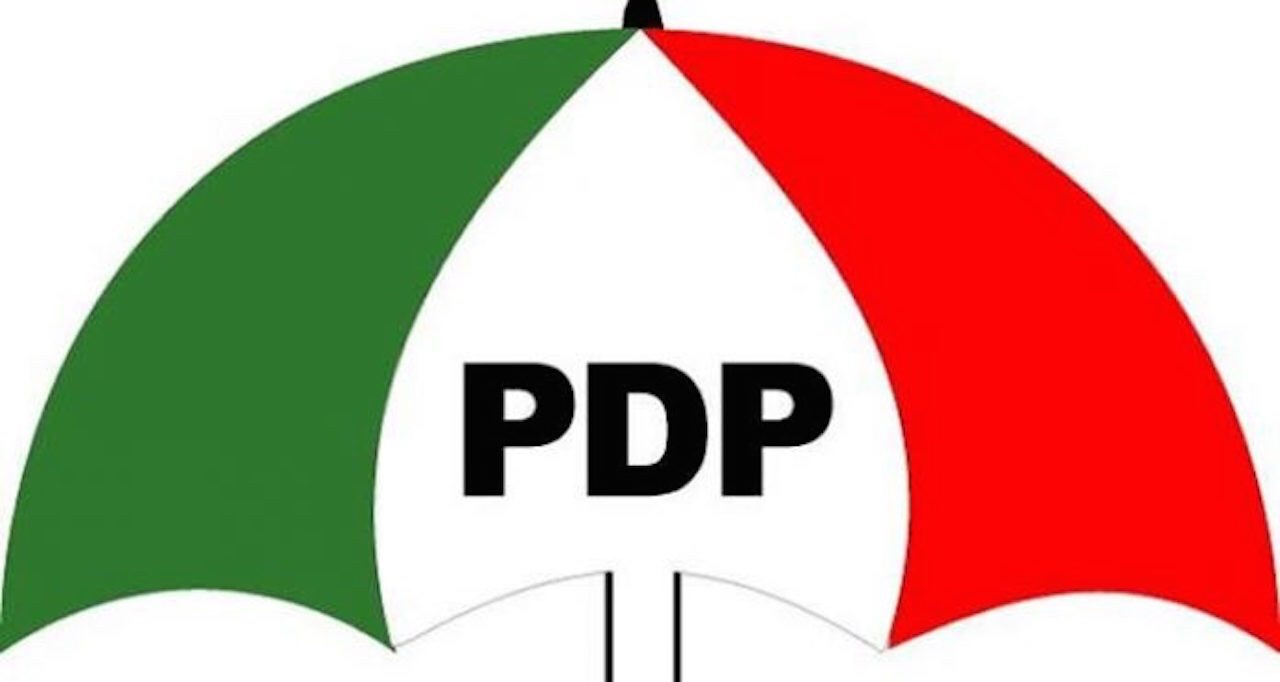 We have now had three-and-a-half years of APC rule. We have now seen what APC’s ‘change’ actually entails. We are no longer under any illusions. Even though the APC has spent the last few years re-litigating what was wrong with the Peoples Democratic Party (PDP), it should now be clear that the PDP is far better than the APC; at least ten times better.

I have said time and again that I am not a member of the PDP. I am saying it again. I have never been and will never be a member of any political party in Nigeria. I have also said I do not know personally, have never met or even ever spoken to President Goodluck Jonathan, although I remain as ardent in his support as I was during the 2015 election.

Before you call me a liar, let me state here for the record that I finally had the privilege of speaking to President Jonathan a few weeks ago. A nice lady named Doris phoned me, pleased she was finally able to reach me. She had a simple message: President Jonathan would like to speak to me. She then gave me his phone number.

So, I finally had the opportunity to speak to President Jonathan for the very first time. Speaking to him took me back to thinking about the heady days of the 2015 presidential elections. I am of the opinion that history is already beginning to vindicate President Jonathan and to restore his legacy, in spite of the incessant propaganda of the All Progressives Congress (APC).

We have now had three-and-a-half years of APC rule. We have now seen what APC’s ‘change’ actually entails. We are no longer under any illusions. Even though the APC has spent the last few years re-litigating what was wrong with the Peoples Democratic Party (PDP), it should now be clear that the PDP is far better than the APC; at least ten times better.

APC claims credit for the rehabilitation of rail lines in Nigeria, but the truth is that this was essentially a PDP initiative. It claimed that PDP stole the money earmarked for buying weapons to fight Boko Haram, then went ahead to use the same weapons it said were non-existent to equip the army to fight Boko Haram. Former Nigerian Electricity Regulatory Commission (NERC) chairman, Sam Amadi, stressed that improvements in power supply are the result of the efforts made by the Jonathan administration.

If we are now celebrating the end of polio in Nigeria, it has nothing to do with the APC and everything to do with the PDP. If we are indeed well on our way to self-sufficiency in rice production, it is because of the activities of the PDP, and not because of the inactivity of APC. In three-and-a-half years, APC has added precious little to PDP’s achievements. On the contrary, it has degraded many of the milestonesattained earlier.

From Bad To Worse

Bill Gates hailed Nigeria’s fight against polio under Jonathan and the PDP as one of the great world achievements of 2014. However, the same Bill Gates identifies Nigeria under Buhari and the APC as one of the most dangerous places in the world to give birth, with the fourth worst maternal mortality rate in the old. He also identified the government’s economic policy as dismally ineffectual.

The APC is the party that boasts of integrity but lacks integrity. This ensures it embarrasses itself with one scandal after the other. From the Babachir Lawal’s ‘grasscutter’ scandal, Abdulrashid Maina’s pension and recall scam, the NHIS scandal, the EFCC Chairman Ibrahim Magu’s scandal to the recent Kemi Adeosun NYSC certificate forgery scandal.

In 16 years in power, the PDP not only cleared Nigeria’s debts of some $30 billion, it borrowed a total of only N6 trillion. However, in just three years, the APC has returned Nigeria to the debtor status and borrowed a whopping N11 trillion. We are yet to see what all this new debt has been spent on.

The APC is the party that boasts of integrity but lacks integrity. This ensures it embarrasses itself with one scandal after the other. From the Babachir Lawal’s ‘grasscutter’ scandal, Abdulrashid Maina’s pension and recall scam, the NHIS scandal, the EFCC Chairman Ibrahim Magu’s scandal to the recent Kemi Adeosun NYSC certificate forgery scandal. The APC fails to act against corruption while nevertheless fooling itself that it is a champion of the anti-corruption struggle.

Unlike the proverbial charity, APC’s anti-corruption war does not begin at home in the APC. The party encourages and molly-cuddles the corrupt. Indeed, it has an open-door policy for the corrupt. Once you are in APC or you decamp to APC, you are automatically whitewashed from allegations of corruption.

Once you have corruption allegations to answer before the Economic and Financial Crimes Commission (EFCC), all you need to do is defect to the APC and you will be welcome with open arms. Your corruption case will also suddenly disappear. This is the case with Godswill Akpabio. He had a pending case of corruption with the EFCC but has now quickly defected from the PDP to the APC. That singular act is likely to whitewash him and dustbin his case.

The anti-corruption struggle for the APC is in declaring Rotimi Amaechi innocent until proven guilty, while proclaiming Diezani Allison-Madueke guilty until proven innocent.

Whatever anyone may think or say about the PDP, it is a national party. As a matter of fact, it remains the only national party in Nigeria to date in this republic. Its membership and strength stretch from North to South and East to West.

Not so the APC. The APC is a sectarian party. It is an agglomeration of regional parties that merged together for the sake of capturing the presidency. Once this happened, their sectarianism came back to the fore.

On his inauguration, the president told Nigerians: “I belong to everybody and I belong to nobody.”

However, the APC has turned out to be essentially a North-West and South-West party that has effectively divided Nigeria along regional lines. On his election, the president went to the U.S. where he declared that: “The constituents (that) gave me 97 per cent cannot in all honesty be treated on some issues with constituencies that gave me 5 per cent.”

That means the president can largely overlook the South-East and the South-South in appointments. It also means Fulani herdsmen from the North can continue to kill innocent farmers all over the country, while government sees no evil and hears no evil.

When a substantive Independent National Electoral Commission (INEC) chairman was finally approved, the president broke another protocol by choosing a man from his own region, Professor Mahmoud Yakubu, continuing the lopsided policy whereby the chief organs of the federal government (the presidency, the legislature and the judiciary) are now all headed by northerners.

Nevertheless, there are certain areas where there is no doubt that the APC is ten times better than the PDP. One of these is in hypocrisy. The APC is the undisputed champion of hypocrisy. It contradicts its own vaunted values repeatedly without batting an eyelid. In the area of hypocrisy, the PDP is certainly no match for the APC.

Recently, Lai Mohammed, the minister of information and culture, shocked Nigerians by launching a so-called National Campaign Against Fake News. What is so amazing about this boldface duplicity is that Lai Mohammed himself is the chief exponent of fake news in Nigeria. Lai Mohammed urged Nigerians to “Say No to Fake News.” However, his very campaign is fake news. Here is a classic example of the pot calling the kettle black.

Lai Mohammed is Nigeria’s version of Iraq’s Comical Ali, the sobriquet for Saddam Hussein’s minister of information, whose job was to give false reports of Iraqi successes during the 1990 war. It was Lai Mohammed who dazzled Nigerians with the fake news that the Boko Haram was responsible for the scarcity of tomatoes. He told Nigerians that President Buhari was hale and hearty in London, only for the president himself to return and say he had never felt so sick in his life.

APC would have Nigerians believe the lie that the recent disgraceful storming of the National Assembly by the Department of State Services was orchestrated by Bukola Saraki, the Senate president. That is a load of hogwash. Lai Mohammed also said the gory tales of herdsmen murdering hapless Nigerians is fake news. If you believe this outright falsehood, then you will believe anything.

A newspaper commentator had this to say: “For Lie Mohammed to advise to media not to yield their platform to spread fake news is like the devil advocating to his subject not to tell lies.”

It is not surprising, therefore, that quite a number of those who left the PDP for the APC four years ago have become so disgusted with the APC that, like prodigal sons, they have returned to the PDP. They include Atiku Abubakar, former vice-president of Nigeria; Bukola Saraki, Senate president; Rabiu Kwankwaso, former governor of Kano; Senator Bernabas Gemade and Aminu Tambuwal, governor of Sokoto State.

Many who waxed lyrical about the virtues of the APC four years ago now hate the APC. They include President Obasanjo, Wole Soyinka and Reverend Father Ejike Mbaka.

APC is an expired drug. Nigerians now know what it means to vote against good luck.