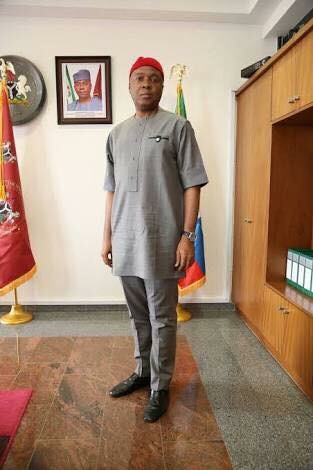 I find that some unenlightened APC Supporters have been trying to portray Senator Bukola Saraki’s retirement of his father from the Leadership of Kwara Politics as irresponsible and a betrayal.

What I want them to know is that that singular act of Saraki is the most responsible thing a son that has come of age can do.

It is most unfortunate that a child that has, even through the grace of his father, become the leader of a state as governor, would after eight years in office queue behind his father in charting the course of the State. A child that cannot take over from his father at that stage may just be setting the opportunity for another to usurp his privilege.

In the traditional leadership setting of kingship, there may come a time when the Crown Prince serves the King notice of abdication. That is to say, he tells the Old king to step down. This situation may not be known to many but it is a fact.

The old Saraki should have diplomatically stepped aside when he was served notice of retirement but he refused, overlooking the fact that the young lion he sired had all his domineering quality and more.

Saraki had to do what was required of him and today he has proven to be his father’s true son – a worthy successor.

Critics ought to commend instead of condemn the PRIME ALAYE for his deft succession to his illustrious father the one and only Olusola Saraki.