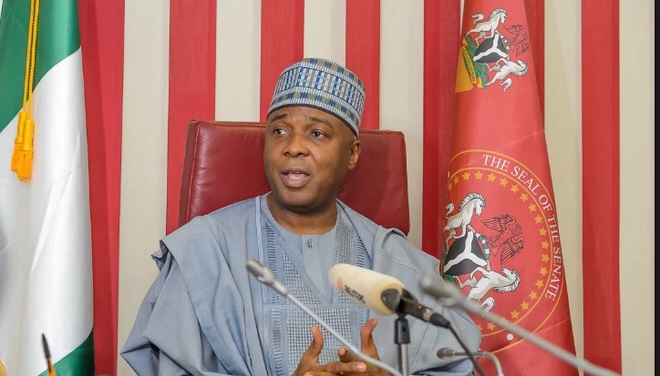 Senate President Bukola Saraki has pledged to protect all Nigerians and be fair to all sections of the country if elected as the next president of Nigeria.

Saraki also said it is North Central zone’s turn to produce the next president of Nigeria.

Saraki made the pledge at the secretariat of the Plateau state Chapter of Peoples Democratic Party (PDP) during a consultative tour to seek the support of the state’s delegates for the forthcoming party’s presidential primary.

The former Governor of Kwara state also added that he believed all the people of Kwara, Kogi, Nasarawa, Plateau, Niger and Benue states are all one family.

He said, “We need to have a government that is inclusive. A government that all of us would have a say, because this country belongs to all of us. We all have to be part of it. We need a president that if you see you would say this man represents Nigeria.”

The former Chairman of Nigeria Governors’ Forum (NGF) stressed that if given the mandate to be president he would be fair to everybody in the country.

He said, “What I can bring to you if I become the next president is, I would fight to protect all of you. I would make sure anybody that commit any crime would be brought to justice.

I, Bukola can stand for you, can fight for you. I want to give you Nigeria that you would be proud of.