The relationship between God and man has always presented some intriguing and almost inexplicable dimensions beyond human understanding. Everyday, God uses some clear and demonstrable signs and events to teach humanity of His supremacy above all things, and directs even the movement of the cosmos the way He pleases.

The wonders of creation alone, underscores the awesomeness of God. Certain stories of some individuals epitomize same in the most unique and profound manner.

The life of Distinguished Senator Samuel Nnaemeka Anyanwu (Sam Daddy), the leading PDP governorship aspirant in Imo State and the serving Senator representing Imo East in the National Assembly, is one of the several examples. It is one in which fate and faith seemed to have intermingled to produce the most definitive and verifiable evidence of God’s existence and capacity to prove Himself to His chosen in the deepest way.

The meteoric of Senator Samuel Anyanwu in the political scene is a huge testimony to the sovereignty of God. It truly lends credence to the fact that there is no competition in destiny.

Born on June 18th, 1965 in Umuduruanyanwu Obodo Amaimo in Ikeduru LGA of Imo State, his life has been a lesson in humility, hard work, and simplicity. His unassuming and selfless disposition in the midst of conceited and egotistic political elites is remarkable. His celebrated political dexterity, passion, astuteness and great capacity for consensus building are added advantage. The inter play of these strong factors and his uncompromising faith in God are germane to his unabated successes in the public arena.

Senator Anyanwu attended School Road Primary School Aba in the present Abia State, Ngwa High School also in Aba and Amaimo High School in Ikeduru. He obtained his Bachelor Degree in Political Science and Public Administration from the University of Port Harcourt in Rivers State. Senator Anyanwu has since gone ahead to acquire Certificate Courses in Leadership from the Harvard Business School and Cambridge University respectively.

He was the Secretary Imo Youth Organization (IYO) in 1983. In 2003, he was appointed the Transition Committee Chairman of Ikeduru LGA, where he rose to become the Imo State ALGON Secretary. Senator Anyanwu emerged as the Executive Chairman of Ikeduru LGA in a keenly contested election in 2004. He used his tenure to endear himself to the people of Ikeduru and beyond. His landmark achievements in the council included the sinking of boreholes in various communities in Ikeduru and in the council secretariat, construction of the four kilometer Afor Lolo Amaimo road, perimeter fencing of the council secretariat, building of the Chairman’s office, and above all, staff welfare in the council. Perhaps, this is the reason eleven years after he left office as the executive chairman, Senator Anyanwu remains a cult figure in Ikeduru Council Secretariat.

If Senator Anyanwu’s victory in 2004 was attributed to hard work and dedication, how then could one explain his victory in the House of Assembly elections that brought him as the Member representating Ikeduru State Constituency in 2007. The Bible has it that whom God has blessed, no man can curse. Against all conspiracies, betrayals, intimidation, and shenanigans, he emerged from a suspension that smack of attritious war to win resoundingly in the State Assembly election.

Senator Samuel Anyanwu’s tenure in the State Assembly was laden with achievements which can explain the reason why he became the first person in the history of Ikeduru till date to consecutively represent the constituency in the State Assembly. He brought fame and fortune to the constituency, sponsoring people oriented bills and motions and attracted projects and other government interventions. 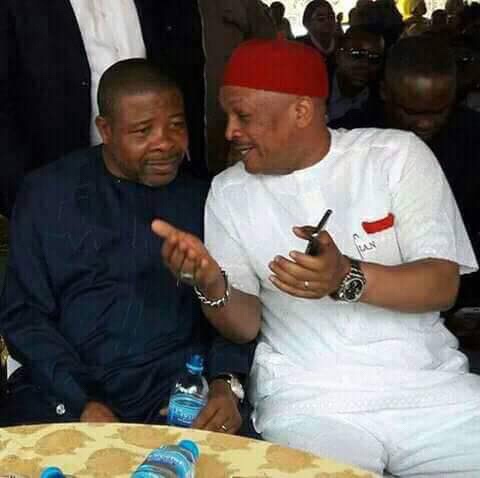 Some of his bills included the customary court amendment bill, a bill to domesticate the Consumer Protection Agency in Imo State, a bill for a law to repeal and re- enactment of Registration of Business Premises law No. 6 of 1988 in Imo State, and co-sponsored the bill for a law to establish ENTRACO and IRROMA. He sponsored motion to relocate and provide basic infrastructure to traders at the Timber and Allied Market Naze in Owerri North. He was the chairman of sensitive standing committees in the House like Public Accounts and Commerce and Industry, Vice Chairman, Ethics, Petitions and Privileges, and Member Culture and Tourism among others. He was also the Chairman of Owerri Zone Caucus in the State Assembly.

He attracted people oriented projects as a State lawmaker, which included, a modern classroom block at Ngugo Ikeduru, Nurses Quarters at Amaimo, Borehole at Atta Girls Secondary school and Umumkpehi Okwu, Renovated Classroom Blocks at Akabo and Umuofor Amaimo, etc. He was the first lawmaker in the history of Ikeduru to organize a constituency briefing where he empowered his constituents and gave bursary awards. 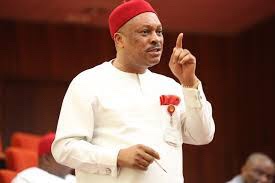 The cinderella story of Senator Anyanwu’s rise to become a Senator of the Federal Republic of Nigeria is that of joy and fulfilment. His victory at the general elections was unprecedented, winning 139, 058 votes against his closest APC rival who polled 77, 276 votes in a senatorial election where some candidates got 200 and 300 votes. 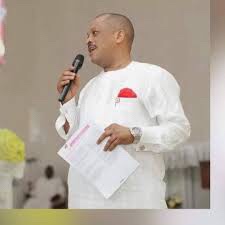 Upon his inauguration in the Senate, he was among the first four Senators out of 109 to Chair a standing committee even as a first time opposition Senator. He went further to win the best Senate Committee Chairman in 2016. Senator Anyanwu’s signature bills in the Senate remain the best thing to happen to the South East in the recent times. The bill to establish the South East Development Commission and the bill to upgrade Alvan Ikoku College of Education to a Federal University when signed into law will engrave the name of Senator Anyanwu in the sands of time.

His empowerment programmes are top notch just as the projects he has facilitated. The people of Mbaise Nation will never forget his intervention on the Atta Amaimo Obohia Afor Ogbe road, a road that is so critical to both the good people of Mbaise and those of Ikeduru but has been abandoned for years. This may also be the reason the traditional rulers and leaders of Mbaise nation decided to confer on him the revered Mbaise Clan Chief title of “Nwachinemere”.

Senator Anyanwu’s life cut across all segments of the society as he has made himself available to all, demystifying elitists dispositions. The farmers in Imo State and beyond see him as an inspiration as he provides them with free consultancy services as a proud owner of one of the biggest poultry farms in the State. A farm he established 1997. He is the ideal man for civil servants in the State as a result of his regular interventions in their welfare and the relationship he struck with them while a State lawmaker.

It will be instructive to note that Senator Anyanwu’s participation in both local and international seminars and workshops have further enhanced his capacity to deliver. He was a member of Imo House of Assembly Delegation to Ontario Canada, Israel, USA, UK and South Africa. He was a delegate to World Igbo Congress in Tampa Florida, attended a Legislative Executive relationship seminar at the Obudu Ranch in Cross Rivers, a Senate delegation to Ease of Doing Business Conference in Amsterdam Netherlands, etc.

Senator Anyanwu has built a statemanly profile and reputation for himself since he emerged in the challenging political scene in 2003. He has chosen to remain humble and selfless, and thereby swim in the bigger pool. Wherever anything laudable is happening, you find Samdaddy there, irrespective of party or religious divides. Owerri people in the United States of America held their Convention, you find him there building bridges of harmony, friendship and amity. In Ngor Okpala, Samdaddy is regarded as a priceless *ENYIOHA*. He has just donated a transformer to the people of Oguta Amaeshi, who has been in darkness for like eternity. And he tells you he is a lawmaker for the State. 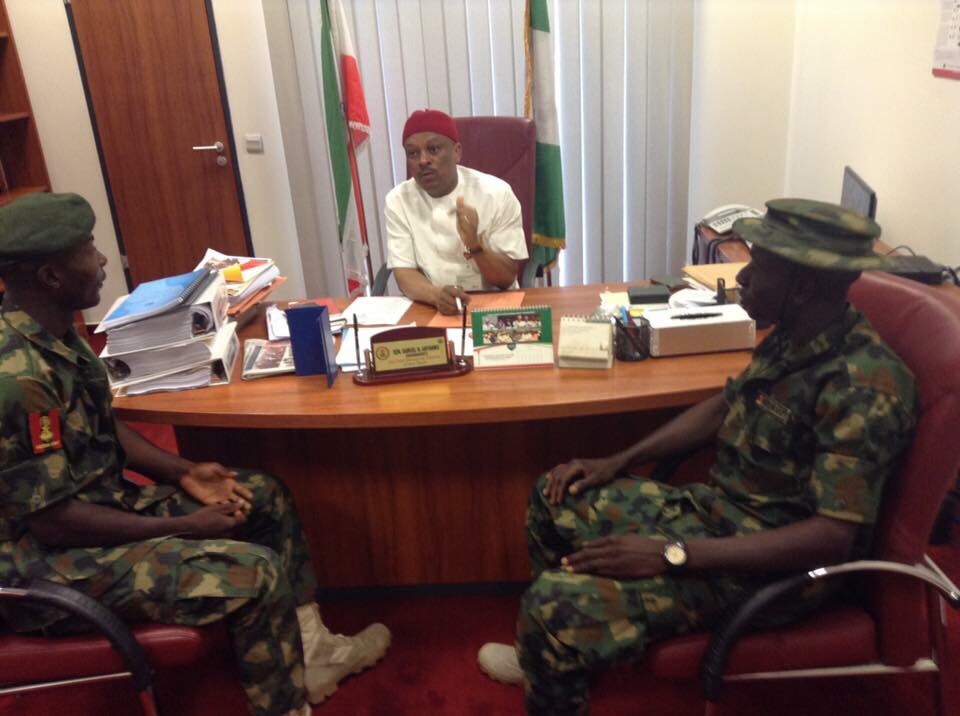 God will always give us men who can always stand on their own, and not those who play God and unwantonly display imperial and elitist tendencies.

As the Friday 28th September, gubernatorial primaries beckons, PDP delegates in Imo State need not search further for a credible, experienced, accessible, God fearing candidate to fly the PDP flag in the February 2019 general elections. Senator Samuel Anyanwu provides the answer. Imo electorates will prefer a governor that knows them by their names, not an elitist or arrogant governor. A homegrown governor they can call their own, and know their challenges. This can only be possible if the delegates decide to live above sentiments and vote for Senator Samuel Nnaemeka Anyanwu.