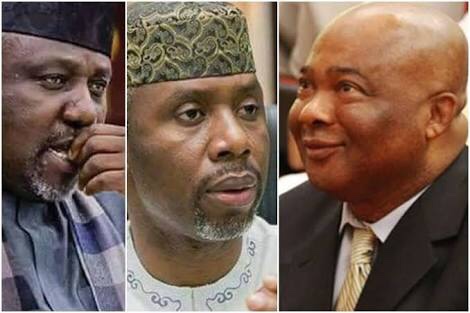 Senator Uzodinma polled 423,895 votes to pick the party’s ticket in the election conducted on Tuesday.

The result was signed by the returning officer, Ahmed Ali Gulak.

Meanwhile, It was widely reported that Gulak has disappeared after declaring the winner of the primary election in the state.

This was after he had addressed newsmen about 11.30 Monday night, where he announced the postponement of the election to Tuesday.

Gulak was said to have absconded from his hotel room, leaving other members of the committee behind.

Gulak alleged that about nine out of the 12-member committee were “kidnapped,” by persons he described as “agents of the governor” who were led by a team of policemen to the hotel where the committee members were lodged.

He alleged to have left Owerri “under the cover of darkness at about 4:00 A.M.” to make his way to Abuja.

Gulak said, “Myself, Col. Igbanor and Hon Bernard Miko were the only three doing this job, as others disappeared, and we learnt that they were at the Government House.

“So, when we sensed that something was fishy, by 4.00 A.M., we left Owerri after concluding the entry of the results.

“I was informed and the AIG Zone 9 called to inform me that they went for investigations and discovered that the governor himself and some policemen came and rounded up those members and took them to the Government House and until now, they have not been released and anything could have happened to them.

“The election was held, results generated and a winner emerged and the winner is Senator Hope Uzodinma.