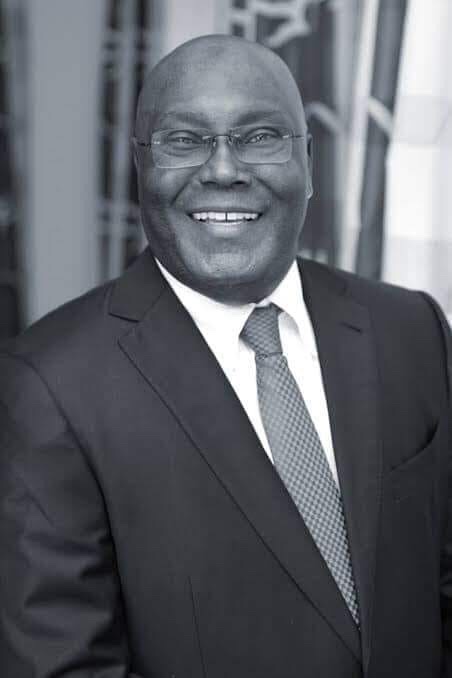 This is the 26th year since Atiku Abubakar first tried to be President. In those all those years, he has already tried four times. Only once, in 2007, did he ever get his party’s ticket. In February 2019, he will be a party’s presidential candidate for only the second time ever. By election date, Atiku would have clocked 72. Were he to contest and lose again, he would be 76 by the peak of the next election cycle. No Nigerian that old can ever be freshly elected into the country’s highest ever office. So, this is his last chance. This is also his best chance. But on the flip side, this will be the most difficult battle of his political life.

President Muhammadu Buhari’s aides have been quick to dismiss Atiku with a wave of the hand. In some sense, there is a reason to. Atiku has never beaten Buhari in an electoral contest. When he contested for the All Progressives Congress (APC) presidential ticket in December 2014, he was floored by Buhari. And he didn’t even place second; instead, it was Rabiu Kwankwaso, former Kano Governor, who did. While Buhari polled 3,430 votes, Kwankwaso polled 974 votes and Atiiku 954. As presidential candidate of the Action Congress (AC) in 2007, Atiku’s 2.6million votes were a whopping 4million short of second-place Buhari’s. The normal argument should be that Atiku stands no chance in 2019. Only that the times are different.

Atiku’s haul of 1,532 votes to Kwankwaso’s 158 proves just how much his intra-party sellability has improved in the last four years. Of higher significance, a number of factors over which he has no control have swung in his favour.

The Buhari of 2015 is a much weaker opponent today. Pre-2015, Buhari was seen as the opposite of every reason for which Goodluck Jonathan should be ejected from office. Corruption in the Jonathan years was so nauseating that Buhari, courtesy of his largely clean public-service record, was seen as the Messiah. But after four years of fighting corruption only in the opposition camp, Buhari’s anti-corruption evangelists have greatly diminished. Marry this with a weaker economy, Buhari’s general aloofness from the public, his lopsided, ethnocentric appointments, his failing health and consequent absenteeism from office, and Atiku gets perhaps an unmerited look-in from a section of electorate who ordinarily wouldn’t have. As Buhari himself will find out at the polls in 2019, he has lost a huge number of his foot soldiers, and this can only be to the benefit of his opponents.

But who exactly is poised to reap that benefit? There are 91 registered political parties, each reserving the rights to field a candidate. A few eye-catching presidential candidates have emerged already: Omoyele Sowore of the African Action Congress (AAC), Tope Fasua of the Abundant Nigeria Renewal Party (ANRP), Oby Ezekwesili of the Allied Congress Party of Nigeria (ACPN). There is nothing an Atiku presidency can achieve that each of these candidates cannot, but the average Nigerian electorate is notoriously conservative. Nigerian voters are not risk-takers, far from ready for the ballot-box revolution that can enthrone any of the outside parties. So Atiku will harvest the benefits of the raging anti-Buhari sentiment, not necessarily because he is the most qualified candidate but simply because he now has the ticket of the major opposition party.

When Atiku ran in 2007, there was hardly any heavyweight whose political survival depended on his victory. He has that going for him this time. Senate President Bukola Saraki was one of the first to congratulate him at the PDP convention ground on Sunday; did he really have a choice? After his ongoing battle with the APC hierarchy, Saraki the cunning politician understands that an Atiku presidency is now his ultimate political lifeline. As disappointed to lose as he is, Aminu Tambuwal — even his political ‘young father’ Nyesom Wike — understands he cannot afford to sell his soul to the APC. Unlike in the past, Atiku’s 2019 presidential contest is a community project. Although this year’s pre-election defections weren’t as massive as the pre-2015 scenario, there is real chance the PDP could copy the APC template to attempt snatching power from the current holders.

I have previously written about the merits and demerits of an Atiku presidency. He has the experience and the blueprint of how he wants to run Nigeria, but from the Buhari experience we have learnt that sheer intention doesn’t always arrive at the destination. Unlike Buhari, Atiku can clearly articulate his thoughts and he has robust understanding of the complexities of running a complex society such as ours.

But, as things currently stand, his anti-corruption baggage means his ascent to power will be victory for politics but defeat for governance — unless, of course, he wants to properly take advantage of the following four months to convince us: for starters, embark on a three or four-day trip to the US to dispel the myth that he cannot step on American soil because he is wanted for corruption. Many of those who will vote for anyone but Buhari are probably eyeing Atiku already, but many others abstaining because of his corruption tag can still be won over by a trip to and from the US.

Whether Atiku visits the US or not, it is clear he has never had a better chance to be President than now; and that, if the 2019 presidential election manages to be anything close to free and fair, he may or may not win but Buhari is in for the fight of his life. What is unclear as yet is if the outcome will be victory for politics at the expense of governance, or the other way. To say it the other way — in layman’s terms — what is unclear is whether, or how, such victory would benefit the people or just the winner.