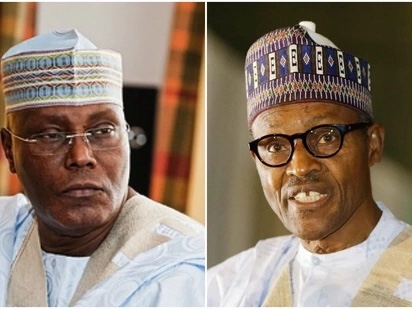 I have to come to the point like a woman who had lost it all. A woman who lost her husband and all her kids in a gruesome fire, decided to end it all by choosing a better poison. She had the choice to choose the one that kills faster or the one that kills slow, or to just commit suicide; by either jumping to her death or by hanging .

Like this woman , we Nigerians are faced with the option to choose our poison between Buhari and Atiku . This poison is not of death but of a better goodness in the future .

I have come to the point to notice that Buhari is plucking the chicken’s feathers, little by little and no one is noticing , till she is naked .

Let me cut the chase . I am supporting Atiku because of these reasons :

1. This man is the only Nigerian Politician with vast companies resident in the country, that had employed over 50 thousand Nigerians . If you do the math , those 50 thousands people are taking care of over a million people .The list include; Abti Ventures , AUN, Intels , Adama Beverages etc.

This is progressive . Others took their money abroad to stock in foreign banks, which produces jobs for those people . While Buhari has only a dry farm with 70 lean cattle, for years he has been in the limelight as a former President and as an Elder-Stateman.He gave no one, no job.

2. He is a de-tribalise Nigerian . Atiku married from almost all of the major tribes in Nigeria, and has friends all over the country , regardless from where you hail from . This is what we need now that we are strongly divided as a people. The other guy is a staunch tribalist . You can verify that from all of the appointments he had made in his government. He even said it in his own words, that those who voted for him are those he will look after . And we know who those people are . He has divided this country and we cannot continue like that , hence we ceize to exist as a people in the long run.

3. Some say he is corrupt and had been declared persona-non-grata to visit the US. That’s not true. The US Embassy in Nigeria put out a statement to refute that fake news . While the Present guy in office has wasted millions of Nigerian money in dollars for his medical trips abroad .

4. Even if he is corrupt, at least he used the money to better his fellow country men . Just yesterday, he sealed a Partnership deal with Saudi German Hospital , Dubai , to set up a 100 bed world- class ultra- modern Hospital facility in Abuja . Where are the ultra-modern Hospitals Buhari promised us ? Where are the roads? Why is our economy down from the largest economy during Jonathan to ruins right now ? Atiku as VP to Obasanjo gave us GSM. Privatised most of the our companies, including NEPA etc…

5. One is educated and runs a University, the other well, I leave it to you to deduce .

I know I had thrown many knocks on Atiku before now, because I was angry that all our Past and Present leaders had failed us and still do . I was angry because he was a custom officer who later became a Politician and a billionaire. So my gut told me he was corrupt. Even if he was corrupt, he has done so much good than any other Nigerian Politician . He is not power drunk and don’t oppress people like what we have now .This man is a gentleman.

Every man has the ability to make or remake themselves, and this Atiku I see today is a man on a mission to remake himself and to remedy all his shortcomings.

Therefore, I will support him , because he is a lesser evil than the other and if i have to choose my poison , i will choose the poison written with ‘ATIKULATED’. Hoping he will deliver as he has promised . Hoping that his better Angels which he have in surplus , will come alive , when David come to judgement. Wise men give people the benefit of doubt .