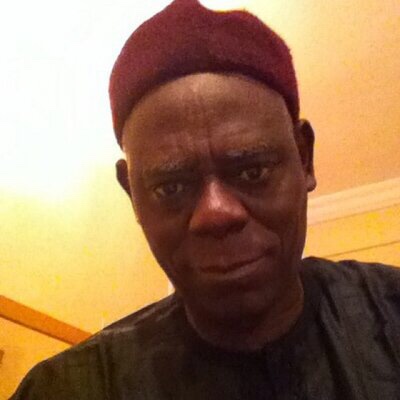 Anthony NZ. Sani is the Secretary General of Arewa Consultative Forum (ACF). In this interview with NOAH EBIJE in Kaduna, Sani said it was not surprising that Northern elders are not in support of the return of President Muhammadu Buhari to power in 2019, pointing out that Northerners have never spoken with one voice on partisan politics since in the first republic. The ACF scribe also spoke on other national issues.

2019 politics is heating up the polity as more presidential aspirants are embarking on nationwide consultations with stakeholders. What do you have to tell the aspirants as a concerned Nigerian?

My advice to the aspirants is for them to concentrate on real issues of real concern to ordinary Nigerians and avoid politics of identity as symbolised by ethnicity, religion and locations.

They should not go after the lure of power and money at the expense of delivering on the promise of democracy.

Any attempt to promote cleavages of the nation along ethnic and religious lines in order to secure power can be anything but democracy.

Northern elders through its leaders, Professor Ango Abdullahi want President Buhari to go in 2019. Don’t you think the North is divided on this?

You always ask me this question as if you do not know the politics in the North. The North has never been one when it comes to partisan politics.

That is why during the First Republic, there were more than one political parties in the North, namely; NPC, UMBC and NEPU.

In the second republic, Alhaji Shehu Shagari contested against, not only Chief Awolowo and Zik in the South, but also against fellow presidential candidates from the North such as Mallam Aminu Kano and Alhaji Ibrahim Waziri. The reasons are not far-fetched; northerners know the significance of multi party democracy, which allows each political party to represent distinct methods of addressing national concerns.

These methods of overcoming national challenges are in the form of party manifestos, which the political parties use to canvass for electoral mandate needed for execution.

Senator Ekweremadu has lent his voice to those who hanker for a single term of six years for president and governors. What is your take on this?

I had thought the defeat of President Jonathan by Buhari should put to rest any agitation for single tenure. I am surprised it is being raised again.

This is because any levee of incumbent power has been demystified. I have not heard any reasons good enough for me to support such a call for single tenure besides the pedestrian position that single tenure would douse tension in the polity.

But we all know that any leadership style or management principles and practices devoid of any form of motivation and incentives are counter-productive.

Single tenure of six years has no provision for motivation and rewards that are sine qua non in management principles and practices.

As a result, those who perform well are treated the same with those who do not perform. Hence no motivation or reward for hard work.

If the suggestion for single tenure is to remove abuse of power of incumbency, then it is better to allow multiple tenure that are not consecutive as practiced in Chile and Uruguay where no president is allowed to conduct elections in which he is a candidate.

That way, a president or governor can work hard and hope to be re-elected sometime in an election that is conducted not by himself as sitting president.

Ohanaeze Ndigbo has called on leaders of South South to join forces with it in the agitation for restructuring of the country. How do you see such?

I have said it over and over again that the problems of Nigeria are not due to the structure of the country or form of government but lie in our inability to manage our resources and in the way we do things.

Once political parties, which wish to restructure the country begin to campaign, the ensuing debates would help in enlightening the electorate about restructuring for purpose of informed voting.

That is why I think it is wrong, morally preposterous and undemocratic for any group to begin to call for restructuring of the country without going through the democratic process in a multi party democracy.

It seems some of those who profess to be jaunty face of democratic tenets do not seem to know how multiparty democracy works.

There is outcry all over the country that there is hunger and poverty in the land, people are dying on daily basis because of hunger and violence. What is the way out?

While I agree that there is suffering in the land, it is more due to our reluctance to slough off the old habit of consumption without production.

We have been used to easy life on oil wealth that is not a result of hard work. A Trust Fund State, one might say.

But now that the oil is not providing the needed money to sustain the insatiable consumption, we are finding it hard to cope.

This government is struggling to create an enabling environment for able-bodied Nigerians to work and fend for themselves through diversification of the economy which is not a day’s job but through a consciously directed efforts to make what we desire possible and then actual.

That is why many of us are not ready to forego part of today’s comfort for the good of tomorrow. Hence the hue and cry as if it is the job of government to, not only create enabling environment for the economy to thrive but to feed the citizens.

It is not the responsibility to feed its citizens. This is because any welfare is often funded by taxes from hard work by the citizens.

That is to say, it is citizens who work hard and pay taxes which government use for its welfare programs.

So, when you say people are dying of hunger, I begin to wonder why that should happen if the citizens are truly working hard for production of the needed wealth.

The President was reported to have trekked 800 metres in his hometown, Daura from the Sallah prayer ground to his house recently. Many national newspapers made big news out of it. What is so significant about this trekking?

The president explained that he did the trekking to enable the multitude of people who crowded out to see him have a proper view of him.

But I saw the trek as meant to disabuse the minds of those who have been saying that the president should not contest the next elections, not on account of his performance but because of his health challenges.

The trek showed Mr. President is as fit as fiddle. Any debate about his health status has been put to rest by that trek in Daura.

Some Nigerians have said that for the country to achieve religious tolerance in this 21st century, the people have to go back to the ideals of the Sardauna era. What is your reaction to this?

Such views reek of sense of nostalgia. There is no doubt that there was more tolerance of religious diversity in Sardauna era than now.

Consider that Sardauna’s era was at the time education was a rare commodity in the North. But he chose not to introduce sharia because he recognised our diversity and need for religious tolerance.

Also, there was no religiosity without God during Sardauna’s era as practiced in Nigeria of today.

This is what accounts for the collapse of national ideals, moral values and fall in social contract between groups and between individuals which has also culminated in the collapse of sense of what is right and what is evil as well as fall in the sacred core of inviolability of the individual.

And this is because our religious leaders and other secular leaders do not lead by example.

There is too much lure for power and money in the polity at the expense of sanctity of life and humanity.

That is why the leaders do not serve as lodestar and bell for the people they lead.

Religious tolerance has to start with the clerics who are now preaching violence instead of peaceful coexistence.

President Buhari has been described by American President, Donald Trump, as a lifeless President as quoted by a UK newspaper. Don’t you think it is an insult to our country, Nigeria?

Please note, this is what President Trump said of the last meeting with President Buhari: ‘Nigeria has a reputation for very massive corruption. I also know that the president has been able to cut that down substantially. We talked about that, he is working on it, and they have made a lot of progress’.

If what President Trump has been reported to have said recently about President Buhari is true, then one wonders what could have changed his mind.

That is why I do not want to believe President Trump has actually said what is reported, albeit the president is good at saying unsavory things about many world leaders like Prime Minister Trudeau, Prime Minister Theresa May and Angela Merkel.

Recall President Trump once disparaged Senator McCain’s heroism where he was captured and tortured as prisoner of war for five years in Vietnam.

President Trump despised Senator McCain by taunting he prefers those not caught to be the heroes.

So, you can see that President Trump can say anything that suits his fancy. You may wish to note that today’s America is at the twilight of “America century”, especially when regard is paid to the country’s struggle to build walls to insulate America from the rest of the world.

That is to say, America is no more global leader or global policeman. As a result, Trump’s comment about any country-and not just Nigeria alone-cannot amount to global rebuke.

Many Nigerians have faulted President Buhari’s statement that rule of law cannot upstage issue of national security. What is your reaction to this?

I am not a lawyer who can make an informed comment on this issue. But I believe both national security and some aspects of human rights are on even keel.

This is because if there are national security challenges that come with unbridled violent killings, nobody can talk of human rights that can be abused.

I want to believe that is what the president wanted the NBA to appreciate. That is to say, the law is made for the man and not man made for the law.

The Nigeria Air Force has been bombarding bandits’ hideout in Zamfara State recently. Don’t you think same treatment should be extended to areas like Benue and Taraba States?

Are there no soldiers in Benue and Taraba states hunting for the killers in those states?

As a result, you cannot expect the same strategy to be applicable in all the three states you have mentioned.

Because the government has the hammer is not to suggest every problem is a nail. That is not correct.

Each type of security challenge requires strategy that is specifically suitable, effective and efficient.

There are peculiarities in the nature of challenges and approaches in overcoming them.