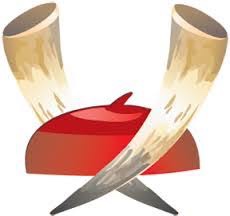 Questions and Answers on Igbo

I was going through the archives of the evergreen Nigeria Village Square and I saw an interesting post that tried as much as possible to clear some false misconception about the Igbos.

Tighten your seat belt and read through.

In this piece, I intend to focus on the Igbo as a people. The Igbo, their culture, civilization, and their contributions to world greatness, are, perhaps, among the most little understood, taught, publicized and recognized of all human knowledge. What is sometimes upsetting is the little the Igbo themselves, including their educated sons and daughters know about themselves. Or, more bafflingly, how the educated Igbo parrot, and hold fast, without taking a second look at the false information about the Igbo, which they heard or read from scantily informed or biased sources, foreigners and natives, and, of course, the ever busy Igbo detractors.

I decided to write this article after the now familiar surprise look I get from many an educated Igbo when I begin to discuss Igbo factoids and misrepresentations. What embarrasses most of them is that certain incontrovertible, and some would say, elementary facts about the Igbo, which were always self evident, now suddenly hits them like a thunderbolt and it becomes crystal clear to them that their previous beliefs which they parroted were false. Here are a few facts in question and answers:

•Question: Is Southeast and Igboland the same thing?

*Answer*: Not at all. Southeast is only about 3/5th of Igboland. Igboland covers the whole of Southeast, parts of Rivers, Delta, Edo, Cross river, Benue, Kogi and Akwa Ibom states.

*Question: Why were we taught in school that Igbo people are easterners?*

*Answer* : It is both an unfortunate parroting by teachers and careless adoption by Igbo educated class. Igbo people come from Southern Nigeria and not Eastern Nigeria. It may be correct to say that the Igbo are found predominantly in eastern Nigeria. However, by saying that the Igbo are easterners, the implication is that the Igbo in western Nigeria, numbering about 2.5 million (Agbor, Ogwashi Ukwu, Ibuzo, Okpanam, Asaba, Orimili, Ndokwa, Anioma, etc) are not Igbos. The best known Igbo anthropologist Professor Mike Onwuejeogwu is from the western part of Nigeria, Chukwuma Nzeogwu, Dennis Osadebe, Okonkwo Adibe (the famous musician), Sony Odogwu, etc. are all from the western part of Nigeria. They are no less Igbo than those who live in the eastern part of Nigeria. The correct answer to your question is “the Igbo come from Southern Nigeria.”

*Question: Why do some Igbo refer to themselves as “core Igbo?”*

*Answer:* That is clearly arrant nonsense. Nobody is core and others peripheral. All Igbo are the same. It is both arrogant, thoughtless and insensitive for anybody to regard others as marginal.

*Answer:* Not at all. Igboland stretches from Port Harcourt to Agbor. The Atlantic ocean washes the shores of Igboland at the islands Opobo and Bonny, Africa’s second largest river – River Niger, traverses Igboland with one part of Igboland in the east and another part in the west of Nigeria. Oguta Lake has the potential of accommodating large ships and could be made a navigable port. If Igboland is landlocked, then all Nigeria is landlocked.

*Question: Is there oil in Igboland?*

*Answer:* Yes, indeed. There is a lot of Oil & Gas in Imo, Abia and currently in Anambra states, and Igbo areas in Rivers and Delta States. Besides, Igboland has many other natural resources, including Coal, Iron ore, Limestone, Lead, Zinc, Brine, Glass etc.

*Question: Are the Igbo a nation or a tribe?*

*Answer:* The Igbo are a nation, and a very large one. There are many dialects or tribes in Igbo nation, just like you have many tribes within Israel.

*Question: Why do some Ikwerre people and other non southeastern Igbo say they are not Igbo?*

*Answer:* First, it is not up to them to say what they are and what they are not. When God created them, He did not ask them who they wanted to be. He just created them Igbo. The only way you’ll know who belongs to what ethnic group in Nigeria is the name and what language the name comes from. Anybody whose name is Amadi or Onyeri, or Eke, or Odili, Wanodi (Nwanodi) does not need to tell you who he is. He is Igbo, notwithstanding their politics.

*Question: But they claim that their language is Ikwerre, not Igbo.*

*Question: Some people say that Igbo language is not complete, is it true?*

*Answer:* No language is complete. All languages borrow from each other. Igbo language is very rich. It has inexhaustible and rich linguistic features like idioms, proverbs, aphorisms, sayings, anecdotes, riddles, folklores, etc. Igbo language is one of the major languages of the world, being spoken by millions of people.

*Question: How many are the Igbo?*

*Answer:* The Igbo are very numerous. There is educated guess that if Nigeria’s census is properly enumerated, the Igbo could easily be the largest ethnic group in the country. They may number up to 40 million. Everything right now, is speculation. Nobody knows the true stratification or ethnic populations in Nigeria. The Igbo are the only ethnic group found in large numbers everywhere in Nigeria, and foreign countries more than any other ethnic group in Africa.

*Question: Do the Igbo have a culture of their own?*

*Answer:* Yes, indeed. Igbo culture is perhaps, one of the richest and all-encompassing cultures in this world. Igbo culture always observes the temporal and the spiritual aspects of cosmology. The study of Igbo culture reveals that it is extremely deep and original.

*Question: Why do the Igbo wear Yoruba Agbada and Hausa babban riga but the Yoruba and the Hausa do not ever wear Igbo national dress?*

*Answer* : Unfortunately this is the case. The Igbo have very attractive and resplendent national dresses. And they come in assortments that are extremely dignifying. The Igbo take up foreign cultures more readily than other Nigerians, and they seem not to care that nobody reciprocates their carefree attitude to life. Most ethnics promote their cultures and show off what makes them unique. Actually, it is still the same so-called educated Igbo class who behave in such disgraceful and the devil-may-care attitude.

*Question: Why do the Igbo call themselves Biafrans?*

*Answer:* Great question. Some people have the idea that Biafra originates from the Bight of Biafra. But that is wrong. Biafra was the National name of Igboland given to Igbo by the Portuguese, just as Nigeria was named by the English of Britain. There was the Kingdom of Biafra that ruled most of the ancient subtropical Africa about 50,000 years ago. Unfortunately, nobody talks about it, for whatever reason (maybe because Portugal lost the colony right of Biafra to Britain who buried it, in other to promote Nigeria amalgamation), “I do not know”. But, it is in the ancient maps of the world. If you wish search it in Google.

*Question: Were the Igbo also taken into slavery during the slave trade?*

*Answer:* Yes. The Igbo slaves themselves gave account of their travails in slavery. Olauda Ekwuano an Igbo ex-slave who bought his freedom in Britain was the first slave to write about his experience in slavery. His book has become a classic. You ought to find it and read it. Also, other Igbos who were brought to America revolted and some walked back on water and were said to have returned to Africa. Several books have been written about them. One of such books is “Ibo Landing.” It is available in bookstores like Barnes & Noble. In Haiti, the Igbo settled there and refused to be colonized by anybody. There are many places where the Igbo left their mark or their signature.

*Question: How did the Igbo know days and years?*

*Answer:* The Igbo invented an accurate, if not the most accurate calendar called “Iguafo Igbo (Igbo Calendar).” In Igbo calendar, there are four market days – Eke, Afor, Nkwo, Orie that make one week. Four days make one week, seven weeks make one month, and thirteen months make one year. There are 28 days for each month, with the last month having 29 days. Each month starts the same day as the previous. Igbo calendar forms the perfect astronomical alignment with the cosmos, and regulates the seasons, agriculture, navigation, astrology, geography, mathematics, travel, etc.

*Question: Did the Igbo have their own alphabet?*

*Answer:* Yes, indeed. There are such inventions as “Okwe” and “Mkpisi” which the Igbo used to resolve figures.

*Question: Did the Igbo know anything about banking?*

*Answer:* Yes. Igbo banking was more in the nature of Savings and Loans. The authentic Igbo savings and loans invention called “Isusu’ in which contributions are pooled each week and one person, who has the need, collects, is still in practice. Igbo slaves took this invention to the Caribbean Islands where they still practise it and call it “Sue Sue.”

*Question: Some people say that Igboland is too small for the Igbo, that they have no alternative than to live as Nigerians: is this true?*

*Answer:* False. Igboland is a large country. Do every Igbo need to stay and work in Igboland? No. Everywhere in the world, some will stay home while others venture abroad in search of opportunities. Igboland is large enough for the Igbo. And it is a very rich and hospitable part of the world. It has rich soil for agriculture, abundant rainfall, good sunshine, and table land in many parts. Its land space and population are more than that of over half of the present countries in the world.

*Question: Where did the Igbo come from?*

*Answer:* That question is still being asked. There are very intriguing theories or histories now being studied. You may have heard of the Jewish angle & the Egypt angle which are connected, and the Origin of man angle. This twenty-first century, hopefully, will resolve the mystery.