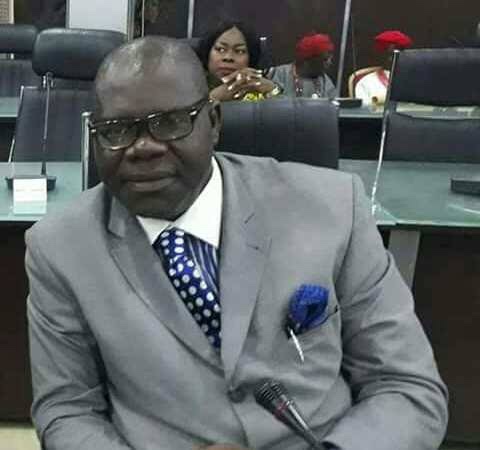 Huge differences exist between the standards of living of the Nigerian elites and those of the deprived masses, who, so to speak, are his opposite number or counterpart.

While the privileged elites are few in number, mostly educated and live in reckless opulence, the masses or ordinary citizens are uncountable and have poverty and misery as their first and second nature.

However, despite the wide gulf in their standards of living, education and exposures to civilised world, both the elite or rich and the poor in Nigeria unrguably behave the same way when it comes to matters of their respective inclinations to be lawless or break rules with reckless abandon.

Both the rich and poor in Nigeria are afflicted with common character trait of “mob mentality” as they behave alike when it comes to indiscipline, non-comformity and other forms of attitudinal dissonance.

For example, it will be argued that there is no significant difference between the way SUV owners (big man or big woman in local parlance) honk their vehicle horns while driving recklessly inside the well paved Abuja City and the way an uneducated Molue driver (poor man in local parlance) in Ajegunle or a Keke driver on poorly built Portharcourt Waterside road would behave while driving.

Attend any high society social event, no matter where, who is attending and how well packaged by event managers, you will definitely see chaos and disorder just like what will obtain when few bags of rice are being distributed to the poor masses at an open ceremony in a capacity filled stadium.

Have you taken time to watch video clips of rowdy airport receptions for visiting VIPs and top government officials?

Who are those in attendance?

What do you say about breakdown of protocol and order (pushing, shuffling, shoving and shouting matches by officials, VIPs and security personnel) at such red carpet events?

Is it amusing or funny that at such airport reception ceremonies, everybody (including officious bystanders) wants to reach the aircraft door first in order to be the first to shake hands with the visiting guest contrary to protocol usages?

One such shameful protocol breach is reported to have happened during the recent visit of Nigeria’s First Lady to Akwa Ibom State.

The details of this fiasco are not too important here but the lesson is that both our big women/bigmen and poor men/poor women require attitudinal reorientation.

Just like what obtains at rowdy political rallies with assortment of comical characters on display, the exclusive gathering of elites is also characterised by bedlam, pandemonium and hurly burly.

Only recently, the NEDG/BON organised a Vice-Presidential TV debate for five out of the about 73 candidates vying for the 2019 general election.

Only the five V-P candidates debating, their topmost handlers and few supporters were shortlisted to form the elite live TV debate audience.

The simple code of behaviour or rules of engagement (if you like) for that supposed privileged live TV audience were simple- *no clapping, no jeering, no cheering, no hissing, no hailing. Just behave yourself, pose your best jejelly for the Cameras and pretend that you understand what is being said.*

This regulation was to last for just three hours or less being the duration of the live TV debate.

The presumption was that the select VIPs at the live Vice-Presidential TV debate were going to be more orderly, courteous, disciplined and different from the unruly *otimkpus,* thugs, *agberos,* bus conductors or e-urchins who were not invited as the later will predictably and characteristically not allow free flow of ideas during the epic intellectual pugilism.

What did we get in return from the assemblage of the elite, VIPs or privileged?

These our unfortunate bigmen and women behaved true to type by throwing the code of conduct overboard.

Just like the proverbial hired crowd at political rallies, the unthinking and mannerless elites were openly jeering, booing and hissing as they pleased.

Watch the TV debate clip again and see that every decorum was thrown overboard on national TV by the aristocratic audience despite the fact that that was an intellectual harvest with serious implications for the future of the country.

Notwithstanding repeated warnings and open announcements by the organisers to desist from noisy distractions, the mob, (sorry elite), were clapping, jeering or cheering no matter whether damning and unsettling data or even false figures and untrue statistics were being reeled out.

What an unruly and unthinking group that was? The hood truly does not make a monk!

Needless to say that it was a national shame and monumental disaster to see the live TV audience which comprised the _creme de la creme_ of the political class turn into cheerleaders or become rascally on such a sober occasion.

One angry respondent speaking after the live TV debate debacle has clearly canvassed that since our elites cannot be civil on such solemn and privileged occasion, the next round of Presidential debates should be held at the ever busy Iddo Motor Park Lagos or Onitsha Main Market or Kurmi Market Kano instead of the exclusive five star hotel venues since both the elite and “agbero” behave alike.

This clearly demonstrates the cancerous nature of the pervading anti-intellectual culture in the land.

Now that discipline, order and decorum has taken flight from our polity and mob mentality has taken root, where do we go from here?

When will the rich Nigerian become examplary and law abiding, obeying simple and lawful instructions at our airports as a mark of distinction from how the poor will behave at any of our crowded bus stops infested with hoodlums?

When will our elites attending state banquets or high society events (wedding, chieftaincy, house warming, birthday, burial etc) behave differently from those they consider charlatans because of economic deprivations who scatter and destroy gift items meant for them when they attend politically motivated empowerment programs?

Which way Nigeria? When is the paradigm shift going to happen?

Not any time soon anyway but the unwholesome attitudes must not be allowed to continue.

A new normal is possible!

Professor Obiaraeri is my name, the ☆☆☆☆☆ 5-Star Civilian General etc.