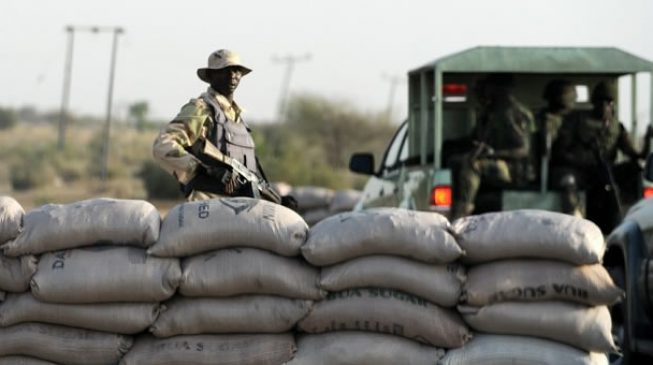 We live in a society where the ruling class has lost their moral compass and the prevailing trend is staying silent in the face of severe threats to our collective existence as a nation; recent events and the lamentable situation across the country is a matter of grave concern to all Nigerians irrespective of tribe, partisan affiliations or creed.

In the past few months alone, the security landscape has further deteriorated with numerous reverses in the fight against terrorism. Nascent criminal activities like kidnapping have become daily occurrences, causing incalculable losses to our economy, and catastrophic damage to our fragile social harmony. What is happening in Zamfara these days, what terrible menace that once reared its ugly head in Mambila, and Benue State to the horror of all those who care is testamentary evidence of the failures of an inept and ineffective law enforcement leadership.

As a nation, we cannot reward the abject failure and incompetence of the service chiefs to tackle insecurity across our land with the extension of their tenures against extant service rules and regulation. While the former national security adviser Sambo Dasuki has been held without bail for over three years on allegations of diverting funds meant for the prosecution of the war on terror during the Goodluck years, we continue to hear of the same acts of alleged corrupt enrichment by the top echelons of the security forces. Soldiers and officers continue to give verifiable accounts of the mind boggling corruption taking place in the war front. We have a Military Command that is more serious about public relations and social media psychological hype than battling the insurgents. If we had a penny for all the times that they claim to have defeated, degraded, or destroyed Boko Haram, we will be swimming in coins; this is not a surprise because it is quite well known that even if the top brass decides to become serious and stop giving ridiculous excuses for their failings, they wouldn’t know what to do as they lack the necessary education, skills, training, and ability to utilise the resources at their disposal in order to execute the entire operations required to contain emergent threats. According to a reliable source, the Chief of Army Staff himself, does not have the requisite combat experience as he allegedly dodged ECOMOG and all local operations throughout his career in the lower ranks. Now we are faced with a trial by fire. A scourge that everyone presumed has been banished to the ash heap of history is once again on the move and our military bases in Metele, where dozens of soldiers where killed, Baga, and elsewhere are once again in enemy hands, proving that those who lead our forces are Men who simply lack the pedigree to be Chiefs. Their specialty is unfortunately not a subject of the Military art that can be of help to us in our ongoing asymmetric fights, they are better known for tons of malingering and lobbying techniques. God save us!

Among the many reasons that drove us to the barricades against the misrule and clever antics of the Jonathan administration in 2015 is that the former President and his cronies were playing politics with people’s lives at the expense of National Security. It was a tragedy that has caused irreparable harm to our country, its repercussions are still with us to this day. Then and now, the blatant abuse of the Rule of Law as portrayed by the lack of respect for proper constitutional procedures by those in charge of our law enforcement organs is quite reflective of the parochial anti-democratic tendencies of the unelected few who whisper to the pendulum of power. Words alone cannot convey our anger over injustices and extrajudicial executions (Shia Massacre) perpetrated by law enforcement agents with impunity and no regards for the human rights of those trapped in the middle between heinous criminals and poorly indoctrinated gung-ho personnel.

As a key stakeholder in the Police and the National Security establishment, I cannot keep silent while a few individuals are once again playing games with our future and putting our security institutions on a dangerous trajectory, having learned nothing from our most recent past. Even if we ignore the unreported facts of abuse of power and subtle machinations, the increasing number of protest by gallant men and women of the Police Force as seen in Borno, Owerri, and Buni Yadi is unprecedented. Today, officers are abdicating from even training, rather than allow themselves to be treated like cannon fodder; poorly armed, poorly paid, poorly trained and led to their deaths in droves while some of their juniors are given rapid accelerated promotions to superior (and juicy) positions without training or recourse to due process. This is the prevailing environment within the Police Force today – the direct result of which is indiscipline and fallen morale amongst Officers and the rank. What do you expect from a Force where the chap at the very top is himself insubordinate to the Commander-in-Chief? As if changing his date of retirement without the Presidents consent was not enough contempt, he blatantly refused to obey a direct order by not relocating to Benue as directed by the President, the IGP has the audacity to send ill prepared forces to the front lines on a virtual suicide mission. Heads should roll for this dereliction of duty!

Things are becoming ever more serious with the imminent politicisation of our security agencies by certain individuals desperate to achieve a nefarious agenda of power at any price even if it means turning the fabric of our national security to shreds and the end of our free national Police Force as we know it. The difference between Nigeria and Somalia is policing. When are we going to start acting in the defence of our values and demand the fulfilment of our reasonable aspirations for a country where our lives and properties can have some value? Those who bear responsibility for these irresponsible actions and inactions that have led us to the brink of disaster should be relieved of their positions. Tenure elongation is a reinforcement and endorsement of failure, it should not even be a subject of debate at this time. We need a total overhaul of our National Security apparatus as early as yesterday. The idea of extending the tenure of the IGP and the Service Chiefs who have woefully failed is a farcical travesty which abuses the patience and common sense of Nigerians, we can expect that the call of millions of people across party lines for their immediate retirement is not going to be unheeded by the President who has promised us much.

Who is responsible for the millions of aggrieved orphans who have been left, homeless and stateless as this wanton killings spread across our land? This injustice has left us with millions of brilliant children abandoned and neglected on our streets. Orphans waiting to be casted into the next episode of carnage.

Against this background therefore, it is no longer acceptable to Nigerians to continue to accept the outright  falsehoods given by this administration on the nature of the problem and the purported measures or lack of, taken to tackle this scourge. It is time to lay the blame where it squarely lies and to let Nigerians know the culprits in this deadly issue of nationwide insecurity.

More than anybody else as the Commander in chief of the entire security forces in the country as stipulated by the constitution, President Muhammadu Buhari should be held vicariously responsible for the dire security situation in the country. It is an issue enshrined in the constitution which he swore. His integrity should be measured against his ability or inability to enforce the laws of the land. At this point in time he has failed.

The protection of lives and properties was one of the pillars upon which he staked a claim to power with the promise that as a former general he would do better than former president Goodluck Jonathan. Not only that, he made Nigerians realise that as a man of integrity, he will get to the root of the rampant corruption which was majorly responsible for the lack of progress in the prosecution of the war on terror. The question to ask here is whose integrity should Nigerians attach more importance to; President Buhari’s supposed integrity or the nations territorial integrity?

In the past, we knew the people who mortgaged the destiny of our country and benefited from the violent upheavals of terrorism that rocked this nation to its core, now a similar phenomenon is on the horizon with Merchants of Despair seeking to capitalise on the terrible crisis festering in places like Zamfara – the hometown of our country’s so called Defence Minister for whom even a visit home has become untenable. To those and others of their ilk I have but one message, our eyes are on you and we shall no longer remain mute. Despite the constant threats to my life, my commitment to agitate for real and significant change remains, and my purpose of speaking truth to power is a patriotic duty simply lacking in the inner cycle where the hyenas and the jackals’ dwell.

I end this piece with a quote for those whose ears have not turned deaf and their conscience yet stirs;

“Power corrupts, and absolute power corrupts absolutely, except for those who learn from history.” – Lord Dalberg-Acton

Muhammad writes from Abuja. She currently sits on the board of the Police Service Commission (PSC) as a commissioner representing the Nigerian Women. This is the personal opinion of Najatu Muhammad and not the commission.