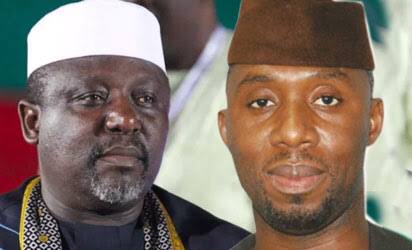 Conclusions have emerged why the expiring governor of Imo State, Rochas Okorocha, is hell bent on customizing and privatizing the state for himself, his family, friends and associates.

The reasons include but are not limited to his proven natural inclination towards feudal greed and avarice; primitive acquisition and amassing of wealth; ill-motivated ambition to become Nigeria’s president in 2023; primeval Uthman dan Fodian dream of creating a dynasty or empire out of other people’s natural endowments and inheritance; and phobia for official probe by the next governor.

Let’s discuss them one by one. First, Rochas Okorocha’s proven natural inclination towards feudal greed and avarice. Every feudal Lord is very selfish, greedy, avaricious and brutal to maintain a sustainable illegal hold on the serfs and their land. The Imo governor is insisting on holding tight on Imo State to sustain his hold, command and control of Imo people.

Second, the Imo State is striving very hard to remain the life-governor of the state to ensure his primitive acquisition and amassing of wealth. Anybody that knows Rochas will agree that he has an unquenchable thirst for money and wealth and more money and wealth. His crave for continual opulence and affluence in simply primeval to the past generation of King Solomon of Israel.

Third, Rochas has an established ill-motivated ambition to become Nigeria’s president in 2023. And he relies on the treasury of Imo State to bank roll such a very costly venture. The Americans say, “It’s as expensive as an election”! The least that a presidential election ambition and aspiration would cost a politician is N500 billion. That is about the average four-year revenue of Imo State. Yet, it could be close to N1 trillion which is the average revenue allocation of Imo State in eight years. Rochas Okorocha eyes the Imo treasury to fund his presidential ambition.

Fourth, Owelle Rochas Okorocha has the primeval Uthman dan Fodian dream of creating a dynasty or empire out of other people’s natural endowments and inheritance. That accounts for his uncontrollable conversion of any and every land, public and private, within his reach into his own and those of his family.

This attribute has made many pundits consider strongly the notion that he either has the Hausa-Fulani gene and blood flowing in his tissue and fibre or he acquired the Hausa-Fulani feudal and colonization tendencies that he exhibits via his prolonged thriving in the Hausa-Fulani socio-cultural mellieu.

Finally, Gov. Rochas Okorocha is a coward. He nurses real phobia for probe of his rogue regime by the next governor. Hence, he only trusts his son-in-law, the husband of his first daughter, Uche Nwosu, to be his successor-in-office. He is so sure and certain that Uche Nwosu will not probe him but will rather be taking orders from him to advance his other aforementioned reasons for aiming to remain the life-governor of Imo State.

For that last factor, it is generally believed in Imo State that a vote for Uche Nwosu is a vote for the third term agenda of Rochas Okorocha. And for that the greater majority of Imo people are resolutely resolving not to vote for and elect Uche Nwosu as the next governor of Imo State.