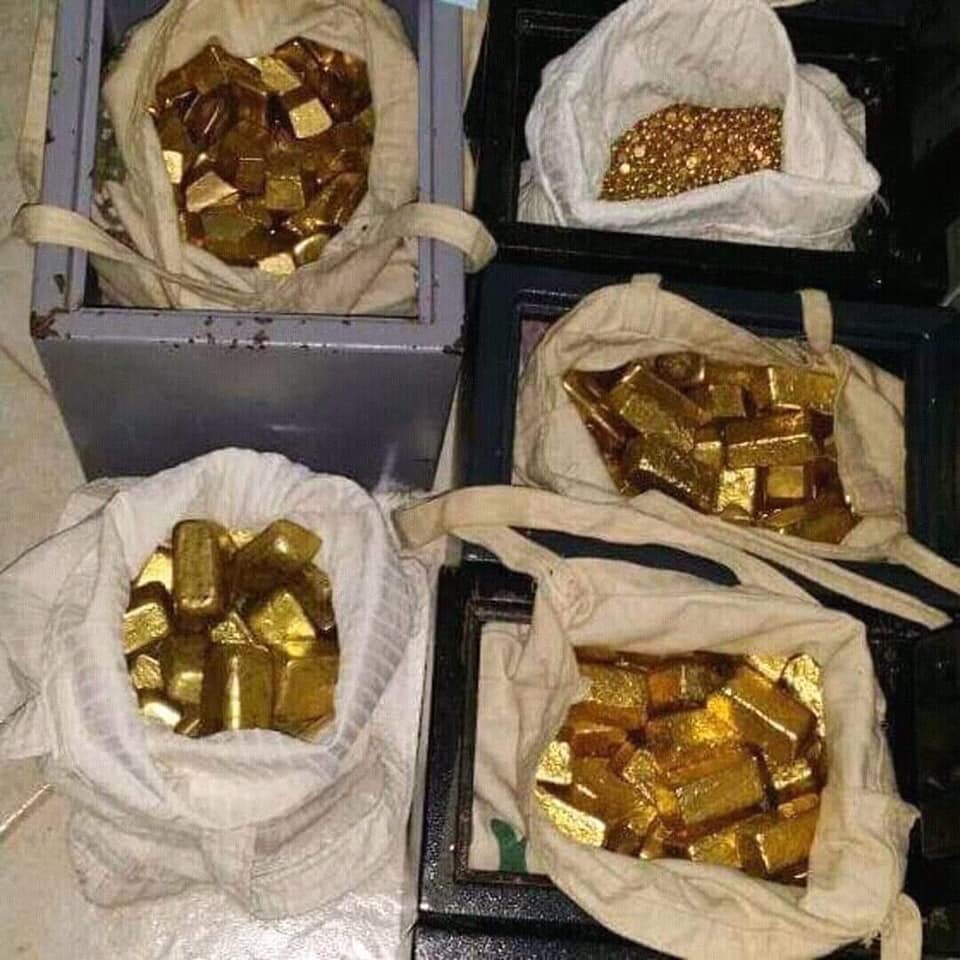 The sound was very clear, loud and distinct. Metal sound put on pressure. I checked the time, it was after 3 am. Peeping through the window, trying to make sure it is not within my house, I could now guess it is coming from my neighbor, 3 doors apart. It must be robbers or Kidnappers I thought in my mind. Nothing else can make this eerie sound of metal clatter, this hour, within the neighborhood. I was shaky, and am sure many neighbors were woken and horrified by the sound too. But no one dare work out of his door to check what was happening for fear of stopping a bullet. Just 3 nights ago, kidnappers came into Gusau, the state Capital and kidnapped a wife to a businessman, killing a neighbor who came out to help having heard the noise of the scuffle. Then loud voices of people added to the horror. The clatter of irons that tormented the neighborhood for hours turned out to be not robbers or kidnappers, but that of off load of metal containers in the adjacent open land belonging to General Aliyu Muhammad Gusau.

While this scenario paints a picture of the constant fear that people in Zamfara live in, this is not the Story. The story is that, the containers are Belonging to the famous retired army general, former National Security adviser, former Minister of Defense, and they are transformed into lushly living and bedrooms for onward transportation into the deep dreaded bush of Anka Local Government Area to a mining field manned by expatriates Chinese Nationals. Many villages around this area are deserted for fear of attacks. They now live in Anka town for refuge. But how can an elder statesman be callously setting up his own village of foreigners in a bush deserted by locals and they live comfortably, unmolested by any bandit, with running water, light, and cooling systems, working day and Night extracting the natural endowed minerals under the soil while locals flee? What is the secret?

Professor Abubakar Siddique of ABU Zariya, once told me that, if you eat a goat from Zamfara State, you eat the most mineral enriched Goat meat in Nigeria due to the enormous minerals deposit under the soil that grow the fodder it grazed. Now, my fear is, my greatest fear in life,Is Zamfara turning into another Congo Kinshasa, whose endowed diamond deposits lead to their land being turned into war zone, with mass murders in the name of communal conflicts, robberies, rape, and terror orchestrated and used as a weapon to castrate and tame the locals becoming so scared to move to the next village? While they hide, their natural resources are mined and looted daily. Otherwise, how can one explain this contradiction? The General is the most senior citizen of Zamfara State today whose citizens are supposed to be his children who to run to for help and shelter when in dire need. With his military and intelligence background, that earned him a nick name of Chief Spy Master by the reputable Daily Trust Newspaper, our assumption is, he will use all his talent, resources, time and wisdom to protect the entire State not only his artificially established mining communities full of expatriates, otherwise the best target for kidnap.

It was widely believed within the intelligence cycle in the State, that part of the main reasons why former Governor Mahmud Shinkafi lost the Support of Zamfara big wigs is his attempt to officially formalize mining in favor of the State Government by acquiring mining certificates on behalf of the State from Federal Government which enjoys exclusive rights over it. The action was seen to expose and threaten the economic interest of the Mafia click involved. Chances are Governor Yari learnt the lesson and became an accomplice. The Governor is reported to be benefitting from the mining fortunes by proxy. I spoke on these pages of how some registered miners who hit Gold mines, like the Inter General Company, who were chased away by snarling armed security, on instance of the Governor, only for some people believed to be linked to him to surface on the same field and mine undisturbed. Other theorists believed that, the insecurity can provide enabling grounds for rigging elections. With the complete silence of prominent politicians like Senator Yarima, added the unpopularity of Yari stewardship, and the approach of elections, one cannot debunk this conspiracy theory completely. Be it what may, we believe the Almighty Allah will never allow injustice to prosper forever. The Holy Quran says “Wa Makharu Wa makharAllahu Wallahu Khairul Maakhirrin.” As a Sheik, Governor Yari can Translate verses of Quran far Better than I.

It is not in doubt that poverty and crime are cousins. You can’t address one and leave the other. Zamafara is a State where the Governor spends 600 Million Naira monthly on purported support to security agents but cannot pay workers annual leave grant. Zamfara is a State where where civil Service is mercilessly Murdered, with many officers suspended without explanations for years. Zamfara State is a State where support to local entrepreneurship and Skills Acquisition is now a history. Zamfara State is a State that employment of graduates and other certificates holders is forgotten. Half of this money wasted monthly, if re channeled to these enumerated areas can be more than enough to foot the associated bills. To cap it all, Agriculture, the main stay of the citizen’s means of earning a living is now impracticable for fear of attending to the farms. Pushed to the wall, youths can do anything at their disposal, no matter how dirty to survive. With the amount of weapons in people’s hands, dangerous teeming un employed youths, the amount of money involved in the crimes, unless we rise to the occasion, we will continue to live with the prophesy of my former Boss Mr Ishaya Bajama, of inevitability of conflicts in a community where crime is the most lucrative Business.

I would ike to conclude this piece with a poem by a singer called Deddi Timbuktu, who was paraising Fulani Militias fighting the Touregs in the northern Mali Boundaries where France and UN had to intervene due to huge amounts of modern weapons in the hands of ordinary people that let to colossal loss of lives, infiltration of Islamic militias etc. I will attempt translation of Same in English.

In the west the Abode of Mac Ummu

Mali the land of sheeps and goats

Spears are used only to hand mosquito nets

Swords are there roasting

Only lunatic moves with bow and arrows

Pistols are for women

They hang un to them to guard their huts

The nomads children are today soldiers