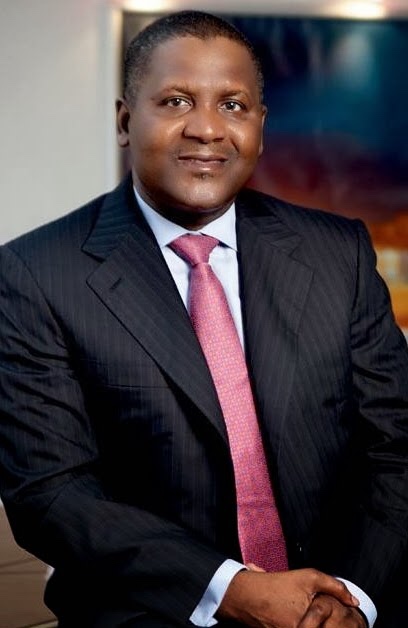 Of course, Aliko Dangote is wealthy. That fact is beyond argument. In fact, he is so wealthy that everyone in the world knows it. Thus, when you mention the name Dangote, the immediate response of a typical mind is money, riches and wealth. That is understandable even if mis-leading. Dangote is much more than money and riches. He represents some of the finest attributes of Nigeria, and has emerged by dint of hard work, industry and character, one of the greatest Nigerians in this country’s chequered history.

Last week was his 62nd birthday anniversary, an occasion which provided an opportunity for many people to express their perspectives on the intriguing Dangote narrative. Like many others, I have my own Dangote story which I don’t intend to bore the readers with. However, I must say that I find him a very remarkable human being. He is a man who is passionately devoted to the ideals of hard work and industry.

Perhaps what may not be immediately obvious to many is that his passion for work is driven by a huge ambition, a complex sentiment that is not merely defined by mere sheer materialism. To some, it may sound absurd. That a capitalist is not necessarily materialistic may be a contradiction in terms. Of course, it is possible that earlier in his career, Dangote was essentially driven by the desire to make money just like any other businessman.

But from my personal reading of him now, mere accumulation of wealth does not appear to be his primary objective. He now lives for a far higher and nobler goal, which is to add value to humanity by consistently creating opportunities even in greenfield areas. Nevertheless, it is not his entrepreneurial achievements, as laudable and gargantuan as they are, that stand him out.

Obviously, all these make him a true corporate titan, an international colossus and the man with an indisputable Midas touch! But it does not make him the unique person he is. Indeed, what sets Aliko Dangote aside from the motley crowd of wealthy men and women is his warm heart, generous personality and catholic disposition to life. In these regards, he is unique and virtually unrivalled. And I should know because I have met and interacted with many other wealthy men.

On his table in his deliberately understated office in Ikoyi, a small plaque nestles by the corner of the expansive table. Boldly written on it is the legend; “Nothing is impossible”.

The first time I saw it, I read it aloud and asked him, “Does that include becoming the richest man in the world, someday?” He smiled, motioned at the plaque and mouthed softly, “Yea, nothing is impossible”.

Indeed, all things are possible in the dominant theme of the Dangote narrative. And that is what his life represents – a tale of the possible. His life should be a veritable manual for millions of Nigerian youths, aspiring millionaires and billionaires, that the road to success, wealth and fame is still the old rugged road of hard-work and determination. The recourse to banal criminality and fetish ritualism is a devilish distraction, right from the pit of hell. It is false.

It is possible that Dangote was born with a birth defect. Perhaps, the gene responsible for pride and arrogance was inexplicably lacking in his genetic makeup. So, he grew up completely devoid of that behavioural tendency. In its place, he has warmth, affable openness and overwhelming kind disposition to everyone who comes his way. He is the favourite friend, brother and uncle to many people irrespective of background and status.

In the same manner he relates with the mighty, he makes out time to pay attention to the lowly. His friendship orbit is universal, almost endless. There is virtually no part of Nigeria where a Dangote “friend” cannot be located. Among his friends, he does not pull ranks or discomfiture people by snobbish dispositions.

Indeed, one of the most amazing things about him is his accessibility. He is one of the few Nigerians I know, who have been using one telephone number since GSM made its historic debut in Nigeria 18 years ago. Even more telling, he carries his phone and takes his calls. If he cannot take calls at any given time, he would send a text message to say so with regrets.

His social diary must be one of the most crowded among the Nigerian elite. Yet, he endeavours to honour many of his invitations to the endless circuit of the Nigerian social scene; marriages, launchings, funerals, award ceremonies, convocations and the numerous government functions. It does not matter whichever part of Nigeria’s far flung nook and cranny the event is taking place. If he gives his friend his word to attend, he would usually endeavor to do so.

There have been some occasions when he would attend different events in four different zones of the country in one day. Now, someone might argue that he can only do so because he has private jets. Once again, I say, that is not the point; after all, he is not the only Nigerian who owns private jets. He is just one of the few who has a genuinely warm heart to reach out to people.

The past few years have been quite traumatic for me. A debilitating health challenge had threatened to literally cripple me. But the good lord has shown me mercy, with many other people showing me favour. As usual, Dangote has stood out of the pack. Among my usual cast of movers and shakers who promised to help, he went beyond the call of duty by showing deep personal concern, not just for my health but also for my family and business.

As I testified in my book “Saved for His Praise”, no matter wherever he is in the world, he would phone to ask after my health. “Prince, how are you doing? Hope you are getting better?” And when he is unable to check in on me, he would send the Director of Corporate Communications of the Group, Tony Chiejina, to visit.

“Prince, Alhaji said I should come and find out how you are doing”. Indeed, for anyone who has had a major health challenge, such gesture is invaluable.

My case is not isolated. A friend of mine, a veteran journalist once cried out to me over the health of his wife. She was quite ill and was required to undergo an expensive surgical operation and he could not afford the costs. He was desolate as he watched his wife pinning away. I linked him with the Dangote Foundation. One early morning, some weeks later, he woke me up with immense excitement and started praying for Aliko Dangote. “My dear Emeka, Dangote has saved my wife’s life! The Foundation has approved some millions for her surgery and treatment. Please help me thank Alhaji!”

When the wife of one of my friends was nominated to the Board of Dangote Cement, I called to congratulate her. Her response was remarkable. “Emeka …. emm, I don’t even know how to explain this. I have never had dealings with this man before. I was sitting at home one day writing a brief when my phone rang. You can’t guess who was on the line. “My sister, please can you send me your C.V, if you don’t mind?” I was surprised. Of course, I did, and you can’t believe this, within a few hours, he returned to me with an offer to join the board of Dangote Cement!”

Of course, Dangote is not perfect. Some people argue that he is not even doing enough, after all the Nigerian state has been nice to him. Whereas they may have a point, but they are largely wrong. Certainly he is not the only businessman who has benefitted from Nigeria. What makes Dangote exceptional is not simply generosity. It is much more than that. I also know other businessmen who are very generous.

Dangote represents the positive aspects of the Nigerian character. He is a Northerner who harnessed the immense opportunities of our Lagos and has used same as base to build a global business empire. Despite his origin, he has made the entire Nigerian nation his family and has benefitted immensely from the abundant riches there-from.

He does not discriminate, because he realised the ancient secret, that all men and women are one, in the final analysis. He also knows that true generosity does not impoverish, rather it only enriches. That has not stopped him from being a good Fulani man and a devout Muslim.

As a matter of fact, Ramadam is often a good time for him because he usually invites his friends; Muslims and non-Muslims, to his residence to break the fast. His life is therefore a lesson – an eloquent lesson to all the bigots and putative ethnic irredentists, especially those who appear determined to despoil our Lagos.

His successes and broad national acceptance, should serve as the best response to the emergent uncouth culture of the ruling oligarchy, and their messianic patron saint. What Dangote represents to the world is that Nigeria is a truly great country of rich potentials. He is a symbol of the legendary Nigerian possibility. It is Dangote– and not the new political orthodoxy and its angry, vengeful and insular gang– who represents the true face of the real Nigeria.

Their Nigeria is a divisive, nepotistic and crisis-ridden country, tottering on the edge  of rapid descent into chaos and anarchy. That should not be Nigeria’s path. It is the highway to infamy. Dangote is an expression of the best, the beautiful and the sublime of Africa’s giant in the sun. As the young magazine publisher, Azu Arinze, posted on facebook, “on a day like this, what can anyone give to Aliko Dangote other than to pray to God to bless and keep him for Nigeria.”