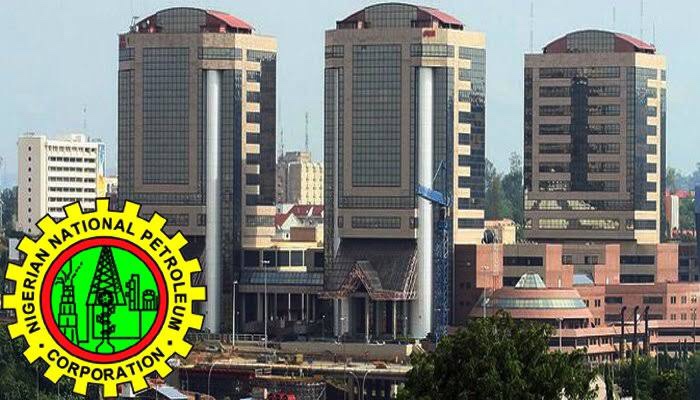 The only country amongst our immediate West Africa Neigbours, that is still subsidizing petroleum consumption and running an opaque oil and gas industry is Nigerian.

We have refused to give up this terrible behaviour that have turned few men in power into overnight dollar billionaires , while pauperising and impoverishing tens of millions of other Nigerians .

The lies, that this cabal of greedy and conscienceless men usually sell to us is that if the subsidies are removed today, that the poor will suffer more . Just like Judas , their argument is not altruistic. They do not have one iota of love for the poor. They are after the preservation of their slush funds and thieving conduits . They just want to keep hold and retain this corruption infested schemes that enable them to steal billions of dollars annually.

Between 2016 to 2019, the following vast amounts of monies that would have gone into our Federation account, were misappropriated by few men in the petroleum ministry and NNPC and their vast network of collaborators :

1. Over $12billion /N3.67trillion that would have gone into the Federation accounts were misappropriated by ways of excess ghost import and consumption of the Pms.

Under Buhari and Baru, our Pms consumption volume magically grew by 155% from 28-35m liters per day in 2014/2015 to 60m to 70 million liters per day in January 2016 till date . This N3.67trillion that did not enter our Federation account is the differential between actual consumption /import and the ghost import /consumption /smuggling .

2. From 2016 to 2019, Over N3.9trillion that should have gone into the Federation accounts were squandered and wasted by way of Petroleum subsidies, PEF and all other sundry consumption subsidies in the down stream oil and gas industry .

3. From 2016 to 2019, over $389million/N140billion that would have gone into the Federation accounts was wasted in useless turn around maintenance program of obsolete refineries that should have long been privatized and farmed out.

4. From 2016 to 2019, the NNPC reported cumulative losses of over N550billion from maintaining the obsolete refineries and running the opaque house of sleaze in Abuja

If you add all these monies, you will get over N8.2trillion that would have been paid into the Federation accounts , but were diverted and misappropriated by few men , in the guise of subsidizing refined petroleum products that we can easily refine here if we do the right things such privatize the refineries , remove the subsidies and unbundled the NNPC to work like Aramco, Petronas, Petrobras , BP, Emirates National Oil etc .

Are you aware that CHEVRON has mega petroleum refineries in South Africa and Angola?

Are you aware that Royal Dutch Shell and British Petroleum JVs have mega petroleum refineries in South Africa?

Are you aware that Total has a mega multibillion gas plant in Cote d’Ivoire ?

Chevron, Shell , BP etc left Nigeria where they are making billions of dollars every year drilling and selling millions of barrels of crude oil everyday to set up mega petroleum refineries in South Africa and gas collection plants, but could not build any in Nigeria.

Does this make any meaning to you?

What does this reveal about Nigeria and the management of her downstream oil and gas industry ? Does this sound real ? But it is happening. Why ?

They are setting up petroleum refineries in South Africa that produces no tangible crude oil because the South African oil and gas industry is transparently and accountably run according to the open determinations of the market forces. They do not have an opaque and corruptly managed national oil corporation being run by greedy men who have no respect for law , order, accountability and transparency.

Manipulatve managers /regulators who run a monopoly that makes losses year on year, when other national oil corporations like Aramco are churning out huge profits.

This is same for Angola . SA and Angola , just like other subsahara African countries like Chad , Niger , Cameroon etc. have long weaned themselves of this economic destroying and market distorting terrible behaviour called petroleum consumption subsidies.

When Angola deregulated and removed subsidies , the price of a liter of the Pms was $1.06/N383. Today, it is gradually coming down and currently stand at $0.95/N342. Overtime as more refineries under construction following total deregulation of their downstream oil and gas sector comes on stream, the prices will crash further.

But also kindly note that scarce forex resources that would have been wasted importing refined products will be saved and jobs created in the country through increased domestic refinery.

Out of the purported 60m to 70m liters of Pms that is imported into Nigeria daily under Baru and Buhari , we are told that Lagos state alone consumes 60% of it . It is reported that out of the over 11m registered vehicles in Nigeria, 5m are in Lagos alone.

If the down stream oil and gas industry has been totally liberalized, the moribund refineries privatized and consumption subsidies removed since 2016 as obtained in other sane climes in Africa , the N8.2trillion that few men cornered and squandered in Abuja over these periods would have been used to develop Imo state and cushion the effect of any short term negative impact of deregulation.

This is because Imo state , just like other states shortchanged under this fraud/corruption laden scheme, would have received Between N80bn to N100bn additional allocation from the Federation accounts from 2016 to 2019. An amount that was cornered under this fraudulent under recovery scheme and opaque management of our oil and gas industry.

Most Nigerians, including the 36 state governors are not aware that we are daily being massively robbed and economically raped by few men, who control our oil and gas resources.

In series two of this write up , I will comprehensively do an expose on what I would have done with just 20% of this huge N80bn to N100bn that was due to my Imo state but diverted from the Federation account to cushion the effect of the removal of subsidies and total deregulation of the Down Stream oil and gas industry.

With just 20% of this vast amounts that are squandered and looted annually by few men in power in the guise of this fraudulent subsidies , keeping the refineries and operating an opaque and corruption laden national oil corporation, we, in Imo state shall put in place palliative measures that will totally eliminate any short term negative effects of total deregulation before the new modular refineries, New Capital investments , new jobs and other benefits of total deregulation start flowing in .