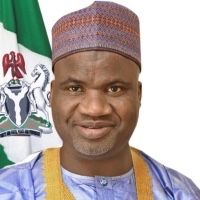 Nigeria lost about N353bn in gold smuggled out of the country and sold in the international market between 2016 and 2018 without any revenue accruing to the government. However, illegal miners reaped the gain, investigation has shown.

Within the three-year period, about 18 tonnes of gold were smuggled out of the country and sold in the international market as confirmed by the Minister of Mines and Steel Development, Alhaji Bawa Bwari.

Bwari, in a document, ‘Three Years Accounts of Stewardship,’ confirmed that although six tonnes of gold originating from Nigeria were traded in the international market on an annual basis, the trade did not benefit the country as it made no impact on the nation’s Gross Domestic Product.

The minister said, “From the NEITI audits and reports from international sources, about six tonnes of Nigeria’s gold have been traded in the international market, yearly, since 2016; with no impact on the economy or the national GDP. The recent seizures of gold by the security agencies, at our airports buttress this fact.”

Economic info graphic portal, demonocracy.info/infographics/world/gold/gold.html, gives the worth of one tonne of gold as $64.3m at $2000/oz.

This means that within three years, 18 tonnes of gold frittered from the country are worth $1.16bn. At the official exchange rate of N305/$, this gives N353bn as the value of gold that illegal miners and smugglers shared without any impact on the country’s GDP.

To reverse the trend, Bwari said the Federal Government had evolved a new draft policy that was intended to reorganise the country’s gold value chain and bring benefits to the country.

The policy would see the Central Bank of Nigeria buying gold produced in the country. This is aimed at not only encouraging local production but also at brining transparency in the otherwise opaque trade and ensuring that the Federal Government gets its due in taxes.

Large gold reserves of countries are usually held by apex banks. In the past, currencies issued by the bank of last resort were backed by gold reserves. Perhaps, this policy would bring back the culture of banking gold for the country by the CBN.

The minister said, “After carefully considering the role precious metals and minerals play in the economy of nations, this administration found it expedient to reorganise the gold sector without delay.

“The ministry has developed a draft gold policy that would facilitate the development of the entire gold value chain. This is aimed at eliciting formal gold production, regulated trade and documented exports and to check the irregularity in the sector that has caused huge losses to the national economy.

“It will also stem the prevalence of unhealthy working conditions and smuggling, which inhibit collection of royalties, fees and taxes.”

He added, “The primary aim of the scheme is to promote the production, aggregation and refining of Nigerian gold, for purchase by the Central Bank of Nigeria.

“The approval for the development and implementation of the scheme by the Solid Minerals Development Fund was one of the major outcomes of the Economic Recovery and Growth Plan Focus Labs.”

According to Bwari, the National Gold Purchase Scheme will be deployed under two platforms.

The first is the Public Sector Window, which involves the production of gold by registered artisans under a model integrated gold production system, operated by an SMDF Special Purpose Vehicle. This direct intervention is planned for Kebbi, Zamfara, Niger, Osun and Kaduna states.

The second is the Private Sector Window, which involves the provision of access to equipment through a lease/hire-purchase loan facility for Artisanal and Small-Scale Gold Miners, who would be grouped into clusters for easy administration.

The CBN is expected to be the anchor, as final off-taker, of the certified London Bullion Market Association gold bars produced through the scheme, under a Federal Gold Reserve Treasury Scheme.

Making projections, the minister said the scheme would guarantee the formal employment of 50 per cent of 110,000 artisanal gold mining workforce.

An estimated 250,000 more jobs would be created, by extension, in other sectors that will service the organised gold supply chain, he said, putting the projected production at 175,000 ounces (5,469 kilogrammes) of refined gold bullion, in the first year.

Bwari said with the programme, projected earnings in the gold sub-sector would increase by N53bn and boost the solid minerals sector’s contribution to the national GDP by 80 per cent.

The Federal Government had on April 7 suspended mining in Zamfara State as part of efforts to curtail the activities of bandits.

Investigations by one of our correspondents at the mining sites in Zamfara showed that the miners were operating illegally.

The PUNCH learnt that none of the mining lease holders operating in the state engaged in full scale mining activities.

Most of the title holders, it was gathered, hid under small leases to engage in crude mining. They later leased their remaining areas out to small scale miners who wreaked havoc on the environment.

Zamfara State Commissioner for Environment, Mouktar Lugga, who corroborated this in an interview with one of our correspondents, stated that of all the exploration licences granted, an insignificant percentage was utilised properly.

“Of all the exploration licences granted, I seriously doubt if 15 per cent is being utilised properly.

He went further to fault what he described as an outrageous and inflated figure quoted by a former Minister of Finance as amount lost annually through illegal exploration of gold in the state.

Mouktar said, “I recall a former Minister of Finance, Dr Ngozi Okonjo Iweala, once made the assertion that Nigeria loses over $500m per annum through illegal exploration of gold from Zamfara.

“That figure is grossly inflated and is not commensurate to what I saw on the ground because; we don’t have full mining operation in Zamfara.

“To be honest, besides budgetary reasons, I doubt if there is indeed enough justification for the bogus statistical data that is usually ascribed to this budding sector.”

To curb the environmental degradation illegal mining was causing, the commissioner explained that the state government encouraged the miners to come together and form cooperative groups.

“By this, they would be recognised. The government will create an enabling mining environment for them, help them with safety equipment and ensure all their benefits from the centre get to them,” the commissioner said.

But stakeholders in the oil-rich Niger Delta condemned the Federal Government’s emphasis on petroleum, while allowing individuals to benefit from gold mining in the North.

He stated, “For a state that produces 40 per cent of Nigeria’s oil wealth and being host to the operations of all the major multinational oil companies, the state has suffered unduly as the government and oil companies operating in the state have for decades acted with impunity and with little regard for the environment and the people.

“Their attitude considered reckless and irresponsible has caused multiple oil spills leading to environmental degradation and loss of lives.”