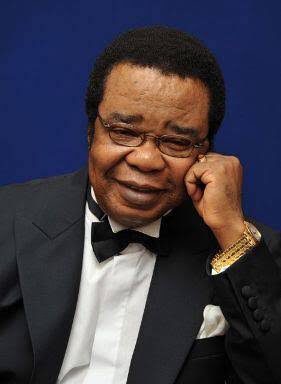 Title: I Saw It Coming!

There comes a time in the life of a man, family, tribes, corporations and nation to face the challenges that history has scripted; to rewrite lines of existential difference away from historical impression, a time when those who are in bed with such as described must sleep with one eyes opened. This is the challenge before the Fulani nation and all other ethnic nationalities in today’s Nigeria.

Before 2014, Mohammadu Buhari had made many frantic effort at becoming a democratic President of the Federal Republic of Nigerian, but all was futile. His support based in the North never weaned from given him their vote, but the South was in doubt of his leadership style for the 21st century, moreover he was perceived more as one in pursuit of sectional interest and personal vendetta.

2011 election was a defining moment for Buhari, it was obvious that the Nation was never going to give him what his heart so desired. He therefore threw in the towel and wept bitterly after the election; vowing it was his last attempt. The pains from a frustrating ambition has become too much for his now ageing and frail body to bear.

In 2014, Asiwaju Bola Ahmed Tinubu, undoubtedly the most established political influence of South West Nigeria, desirous of sending PDP out of power for a future possibility of him, becoming a President, hatched a plan, which neccesitated the need to pull Buhari out of retirement. Asiwaju led his party, ACN into an alliance with other political parties and so a new political party was born, with the singular objective of presenting Mohammadu Buhari as Presidential candidate. The script was written and acted to the last line. Though Tinubu, had his eye on the V.P slot, to position him for his ultimate desire, but nothing seems to be against the possibility of a Buhari/Tinubu ticket. To ensure that Buhari get the ticket to fly the flagship of the party, the primary was held at Tinubu’s political veranda. The Presidency was zone to the north, and the PDM political family, arguably the most influential political family in the country till date founded by the late Musa Yardua, had two of his own in the race, either of them could generate the political tide that was capable of consuming Buhari’s ambition again.

Atiku was posed for a show down, and Rabiu Musa Kwakwanso the man who is today a northern political equation had the delegates from north west with him. But not under the watchful eye of Asiwaju in the city of Lagos will a different scripts be acted. Overnight, Jagaban rejuvenated the dynamic and the primary played out as he planned. Buhari 1st, Kwakwanso 2nd and Atiku 3rd, the massage from that result is a story for another day.

Buhari, was going to fly on the wings of the desire of the masses to have a change of government, a desire that was already well fanned in the media, through Tinubu’s influence.

The ticket firmly in the hands of a Fulani man from Kastina State of North West Nigeria, it was time to pick his running mate for the general election.

Just then, a tool needed to checkmate Tinubu’s growing influence and ambition to pair Buhari, was found in a surrogate Fulani man, from North Central Nigeria, he brought up what Tinubu and other democrats thought was long settled on June 12, 1993.

Saraki stood on the need to balance the religious dynamic and insisted on a Muslim/Christian ticket. What an ace card imported into a game already thought won? Saraki shook the table, the game changed, a change for which the party will pay dearly; leading to the loss of party hegemony, the dust has refused to settle till date.

Bola Tinubu, saw PMB through a successful election, but the historical pattern of Fulani nation became manifest, the purpose for this writing, Buhari was allegedly shielded from Tinubu and the Northern Oligarchs whose believe is premised of the principle of *born to rule*, took charge of Government, Asiwaju Bola Ahmed Tinubu became a guest to people who were not there when the building was designed and built, but that is politics. The game changer has been outsmarted, lessons should have been learnt, but No!

The end of Buhari’s first term was near and in need of a second term, overture was made to Tinubu, he was on top of the game, the worst election since 1983 was conducted and Buhari was declared winner by INEC.

The election was bearly concluded when the Fulanis, a group to which Tinubu never made any appeals on behalf of the Yoruba nation to stop killing, nor an official statement condemning their rampaging, true to their nature “rewarded” Tinubu for a job well done. It came from the militants arm of the Fulani nation, Miyetti Allah, a group that has been accused of killing across the Nation, who also have shown disdain for constituted authority and the constitution. The President of the group spoke my fear, that which *I saw coming* “Tinubu and the Igbos will never be President”. The Yoruba and the Igbos must stay within their regional tents.

“Power is back to the north and there it must remain” the massage was clear but I doubt if it was understood.

The task of getting power from the North in 2023, is better left to the realm of imagination. The divide and rule patterns of Fulani ancestral manipulation was at it best in the build-up to 2019 elections.

They will always find one among any tribe they so which to divide or pitched against each others. And so, Babatunde Raji Fashola was the task executor in South West Nigeria, and at the political capital of the region in Ibadan South West Nigeria, a clarion call was made to the Yoruba, give PMB your votes so that Presidency can returned to us. What a motivation, it set the masses of the Yoruba nation on the course of returning Buhari to power. About the same season, same script was playing out, this time in South East Nigeria, Ngige was the choice of the Fulani to carry home the massage and a good job he did at relaying the massage, he repeated Fulani’s massage sent to the Yoruba’s through Fashola. “We must give PMB our vote in hope of 2023 Presidency coming to the South East”. That moment when they successfully pitched West and East against each others, *I saw it coming*. For me, 2023 was over for a southern presidency.

Now, it is here! It is needless for us to contend with the North for a shot at the Presidency, they have it in their grip. But it will be a generational stupidity for us to leave them with a bogus federation as presently constituted, and leave a legacy of a sorrowful nation behind for our unborn generations.

All South Westerners, Easterners, Southerners and North Central, with all ethnic nationalities of Adamawa, Zamfara, Sokoto and Southern Kaduna must sign up with Project Victory Call Initiatives aka PVC-NAIJA, *Agenda for Restructuring (A4R)*.

The political “weighters”, of feathers, lights, middles and heavy weights must invest their influence on this. Everyone inquest of presidency for the advancement of the Federal Republic of Nigerian must be engaged in the interests of our staying together as one big country.

The 9th Assembly we must engage to draw up the Agenda for Restructuring. Never again must regions be left at the mercy of a burdensome federation.

What I saw coming, without RESTRUCTURING the separation of the contraption call Nigeria is inevitable, a stitch in time, they say, save nine, without the application of the stitch of restructuring, Nigeria may as well say, to your tent oh Nigeria.

One thought on “STATE OF THE NATION. A periodic review of Nigeria. -By Dr. Bolaji O. Akinyemi, President PVC-NAIJA.”