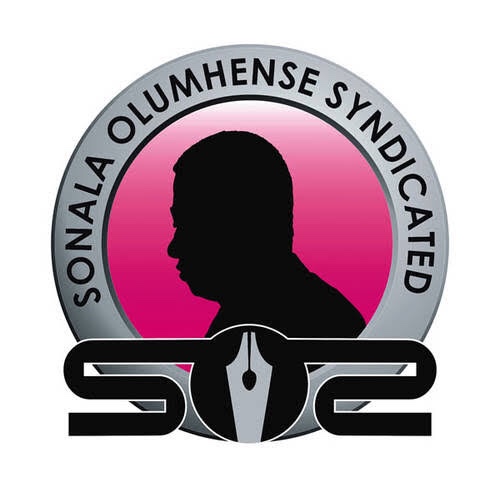 But then came last Wednesday, when he appeared embarrassed even to show up for his inauguration, and it was clear he knew that mere sounds do not translate into credibility or integrity.

Four years after the high-water mark of 2015, blaming political opponents about what they did not do is no longer an option. Suddenly, Buhari appeared to realise that his political opponent is now himself and his first term, a fright which speaks louder than propaganda.

Still, there followed an official effort to spin his inauguration retreat into silence as merely part of a low-profile event.

But low-profile does not mean no-profile, and Buhari laid that false modesty to rest when he and his wife arrived at Eagle Square in a customised N61million 2019 Mercedes-Benz S-Class S560.

For a man who, four years ago, was talking at great length about making government trustworthy again, and about previous leaders who squandered the nation’s resources, it was a hypocritical slap on the faces of Nigerians.

Beyond that, he had nothing to say. Indeed, he appeared to have showed up only because his presidential oath could not legally be taken to him in his living room, unlike his assets-declaration forms form at the last minute.

He had no word to offer Nigerians. Not about their hopes or fears or dreams or disappointments. Not about the state of mind of their president or the rigged podium on which he stood. Not about conditions and chaos his governance has made worse.

He had no word to offer the world. Not about their collective gasp over Nigeria’s deepening insecurity, poverty or darkness. Not about his serial violations of the rule of law. Not about the gross cynicism and incompetence that now defines every level of service.

He knew, Buhari did, that he would not find at Eagle Square in May 2019 a robust list of A-List guests from around the world eagerly extending their hands as they did in 2015.

Despite his contempt for the rule of law and his poor human rights record during his prior leadership of Nigeria, Buhari was thought to be incorruptible, and indeed to be the man to turn Nigeria around, notions he has now dispelled.

Buhari is not a reader, certainly not much beyond written speeches. But it is evident to him that his persistent onslaught on his predecessors and presentation of himself as the only saint among sinners no longer fools anyone. It has become clear that to him that under the headlights of history, to speak is not to serve; to assail the past is not to champion the future; and to censure others does not your legacy construct.

Four years after he was widely cheered by Nigerians and the entire world, Buhari needed the armoured luxury and extravagance of a N61m car to summon the courage to go to his inauguration, losing a potent chance to suggest he intends a new day. Empty of the inauguration was the joyful tumult of a world that had believed in Buhari but was not fooled by an opportunity squandered.

Any further hopes that Buhari’s abysmal inauguration was not an omen were soundly dispelled within hours when skipped the traditional dinner. Instead, he hopped on the executive jet and headed to a summit of the Organisation of Islamic Cooperation (OIC) in Saudi Arabia.

The point is that if you wanted to pay Buhari a compliment over his first term, it would be that through certain things he said or did, or didn’t say or didn’t do, he often showed considerable disrespect to Nigerians. He did not unite Nigeria or empower her citizens; did not make of her a safer, more hopeful nation; did not make her a less corrupt or more productive; did not inspire or uplift her either through the power of his vision, his words or his example.

But despite the manipulated election, or perhaps because of it, he now has something of a challenge—denominated in days not months—to demonstrate that the Buhari of 2015-2019 was a mistake, an interloper, a fluke. To show that deep within him, to continue the Shakespeare metaphor, is:

“…The noblest Roman of them all…

the elements so mixed in him that

Nature might stand up and say to all the world, ‘This was a man.’”