You are either a historian or a politician. You cannot be both. And generally speaking Nigerian politicians hate historians more than anyone else because they remind them of a past that they would rather bury and forget.

Today I am speaking and writing not as a politician but as a historian, a servant of truth, the voice of the voiceless and the champion of the oppressed.

And it is in this light and spirit that I can boldly say that if the truth were to be told about what almost all of our Army Commanders and field officers, including four living former Heads of State, two dead ones and one serving one, did to the Biafran civilian population during the Nigerian civil war they would all have been brought to justice and convicted of war crimes, crimes against humanity and genocide by the International Criminal Court at the Hague. 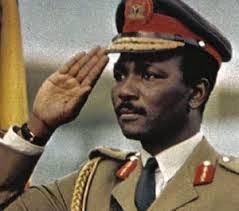 It is for this reason that as long as those men and all the other Nigerian commanders that led their troops into battle in that war live they will NEVER allow the people to know the truth about what really happened.

Yet it is not even the Nigerian perpetrators that I blame the most for this conspiracy of silence but rather the Biafran leaders and historians who, out of some misplaced fear and in the name of keeping the peace and keeping Nigeria one, have refused to let their people know what really happened even though they were at the receiving end of the greatest act of black on black genocide in the history of the African continent and a form of barbarity and savagery that, even by African standards, is rarely seen.

What both they and the perpetrators of these hideous war crimes fail to appreciate is the fact that the past will always haunt our present and our future until we come to terms with it, own it, take responsibility for it, confront it with truth, ensure that justice is served to the villains and undertake to pay the victims some form of reparations and compensation both in cash and in kind. 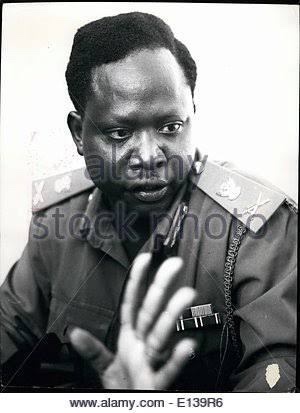 This must be backed up and fortified with a strong declaraion, commitment and resolve that such a thing must never be allowed to happen again.

The truth is that the Nigerian civil war was not a war in the true sense of the word but rather the well-orchestrated mass murder, genocide and ethnic cleansing of an entire ethnic nationality and civilian population.

To put it clearly and in context this was an insidious attempt to utterly annihilate and wipe out the Igbo and erase them from our history.

And the entire civilised world, apart from France, the Ivory Coast, Gabon, Portugal, apartheid South Africa and a handful of others, were complicit in it.

This matter will never be brought to closure unless and until the truth is exposed and we as a people express our remorse and regrets about what we did to the Biafran civilian population.

I may have lost many friends for sharing this bitter truth but the Holy Spirit, my duty to posterity, my obligation to history, my conscience as a Nigerian and my compassion and humanity as a civilised human being constrains and compels me to do so.

Yet there were a few exceptions to the rule. Permit me to add the following.

Worthy of mention is the late Major General Mohammed Shuwa, who was the Commander of the famous 1st Division and under whom Colonel T.Y. Danjuma (as he then was) served.

He was the best commander that the Nigerian Army. He was restrained, professional and disciplined and so were the officers and troops that served under him.

His conduct at the war front was humane and exempelary towards his own soldiers, the Biafran civiian popultion and the Biafran prisoners of war. He also abided by the law of war in the field of battle.

This was unlike ANY other Nigerian commander with the possible exception of Major General Olusegun Obasanjo who also refused to target civilians.

He was sent to the war front 7 months before the surrender of the Biafrans taking over command of the dreaded 3rd Marine Commando which had hitherto been headed by the most ruthless, respected and feared commander in the Nigerian Army, the Black Scorpion, Major General Benjamin Adekunle.

When Obasanjo took over he specifically commanded and ensured that under him 3rd Marine Commando stopped targetting civilians.

It was in that atmosphere of restraint that he recaptured Owerri and later took the surrender of the Biafrans in Enugu on Jan. 1st 1970.

Many have argued that had it been Major General Benjamin Adekunle or Major General Murtala Mohammed that had been in charge of the troops at the war front at the time of the surrender it is quite possible that at least two million more Biafran civilians would have been burchered. 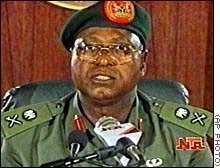 Whilst I am reluctant to delve into the realms of conjecture I believe that those who share that view may well be right.