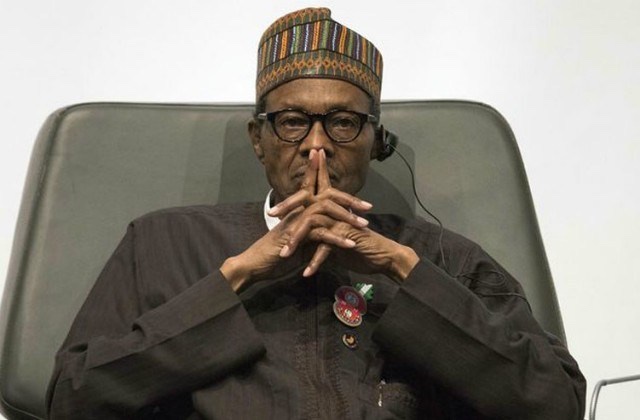 What informed the Federal Government’s decision to suspend yesterday the establishment of cattle settlements in some states?

The public outrage that was triggered by the policy – many would say.

But it was learnt yesterday that President Muhammadu Buhari pulled the brakes on the Cattle Settlement Project (popularly called Ruga) because some senior officials in the Federal Ministry of Agriculture & Rural Development and other federal civil servants twisted the National Livestock Transformation Programme (NLTP) to achieve a different aim.

News of the suspension was broken yesterday by Ebonyi State Governor David Umahi after a meeting with Vice President Yemi Osinbajo at the State House in Abuja.

Many Nigerians, including Senior Advocates of Nigeria (SANs) Femi Falana, Dele Adesina and Paul Ananaba, as well as elder statesmen Pa Ayo Fasanmi and Chief Ayo Adebanjo have been hailing the suspension.

Benue State Governor Samuel Ortom and the pan-Igbo socio-political group Ohanaeze have also described the suspension as a step in the right direction.

The Ruga project was not integrated with the NLTP agreed upon by the 36 governors at the Vice President chaired National Economic Council (NEC).

The President also uncovered how contract sums for various aspects of the Ruga project were heavily overpriced.

While solar panels were put at tens of millions of naira each, boreholes were to be procured at an average cost of N20 million each.

But a new implementation committee for the project, under the auspices of NLTP, will soon take off.

The committee might comprise members of NEC, the National Food Security Council (NFSC) and the Federal Executive Council.

According to a source, who spoke in confidence with our correspondent, the President only suspended the Cattle Settlement Project because officials of the Federal Ministry of Agriculture and Rural Development derailed from what governors agreed on at NEC.

The source said: “The President opted for the suspension of Ruga Project because it was at variance with what was agreed upon by the governors at the National Economic Council (NEC) and other levels of government on the National Livestock Transformation Programme (NLTP).

“The officials of the Federal Ministry of Agriculture and Rural Development, who are the promoters of the controversial Ruga Settlement Project, went overboard. They proceeded with the implementation of the scheme as opposed to the National Livestock Transformation Plan (NLTP) developed by the National Economic Council and approved by the Federal Government.

“The President, on hearing about the Ruga matter, first expressed surprise about the programme, and then got angry on finding out that it was different from the NLTP which NEC (the governors) and the Federal Government had agreed on.

“The President then ordered a swift review of what Ruga was about and sought clarifications on its connection with the NLTP.”

“Prof. Osinbajo had also strongly resisted the Ruga plan, arguing that it made nonsense of the NLTP, a very deliberate and elaborate plan developed by NEC, under his watch, and a plan which the Federal Government had okayed.

“The President later discovered that not only was Ruga not under the VP, but that the programme was not aligned to the NLTP. He then ordered a suspension Tuesday afternoon,” the source said, pleading not to be named because he was not permitted to talk to the media.

The grey areas which heated up the polity are:

Sidelining of NLTP and its Action Plan;

lack of consultations with the governors/ states on Ruga;

gazetting of land in states without deferring to state governments; and

high cost of implementing some components of the project

The source added: “When news about Ruga Project broke out, it immediately raised widespread controversy as state governors and other interests expressed surprise on how it was developed.

“They alleged that there were no consultations with states, especially regarding land, which, according to the law, is vested in the governors.

“The President was annoyed that senior officials of the Federal Ministry of Agriculture and other government officials purport to use gazetted lands in the states for the purposes of building Ruga settlements without carrying along the states, creating a wrong impression that the Federal Government was trying to take over land belonging to states and the people in those states.

“There was visible panic in the Villa on Monday when senior officials in the President’s office were trying to get information about Ruga and its connection to the NLTP, although some in the office had tried to suggest that Ruga and the NLTP are the same.”

Responding to a question, the source said: ”It was also discovered that the contract sums allocated for various aspects of the programme were heavily overpriced. For instance, purchases of solar panels were put at tens of million naira each while boreholes were also to be procured at an average cost of N20 million each.

“The vice president had been publicly drawn into the fray last Friday when the Secretary of the MACBAN, Baba Uthman Ngelzarma, claimed a television interview that Ruga was being supervised by the Office of the VP.

“An apparently angry VP same day issued what was seen as a disclaimer, disclosing that his office was not supervising Ruga and explaining that the NLTP is a different programme altogether.”

A new committee to implement the NLTP will soon be set up.

The government, The Nation learnt, is not planning to go back on NLTP which includes building of ranches. “The details are being worked out. But whatever is agreed upon will be optional for any of the 36 states to be part of NLTP or not.

“The new committee might comprise members from the National Economic Council, the National Food Security Council and the Federal Executive Council, depending on the plan approved by NEC in conjunction with the President.

“This is why the government was careful in suspending action on Ruga Settlement,” the source said.

One thought on “WHY BUHARI SUSPENDED THE “RUGA” CATTLE SETTLEMENT PROJECT.”