One good attribute of the immediate past Governor of Imo state, Owelle Ananyo Rochas Okorocha is that he’s as eloquently persuasive as he is fluently convincing whenever he’s speaking.

Beneath that Orator lies an incurably wicked character who spent 8 solid years playing yahoo yahoo with the destiny of Imo people. I have always known this but my discovery in the course of my one day visit to Imo state yesterday in company of Editors, journalists and media persons from different media houses left me speechless. What Rochas did to Imo people is beyond looting. It is called assets stripping laced with first degree wickedness. The only other thing he did right was paying his social media minions handsomely well to defend him at all times.

The bridges were done WITHOUT RODS. Have you ever heard of anyone constructing a bridge that different categories of vehicle will use WITHOUT RODS? Well, Rochas did it in Imo. If in doubt, drive to Orashi/Umuchima Bridge and see for yourself. 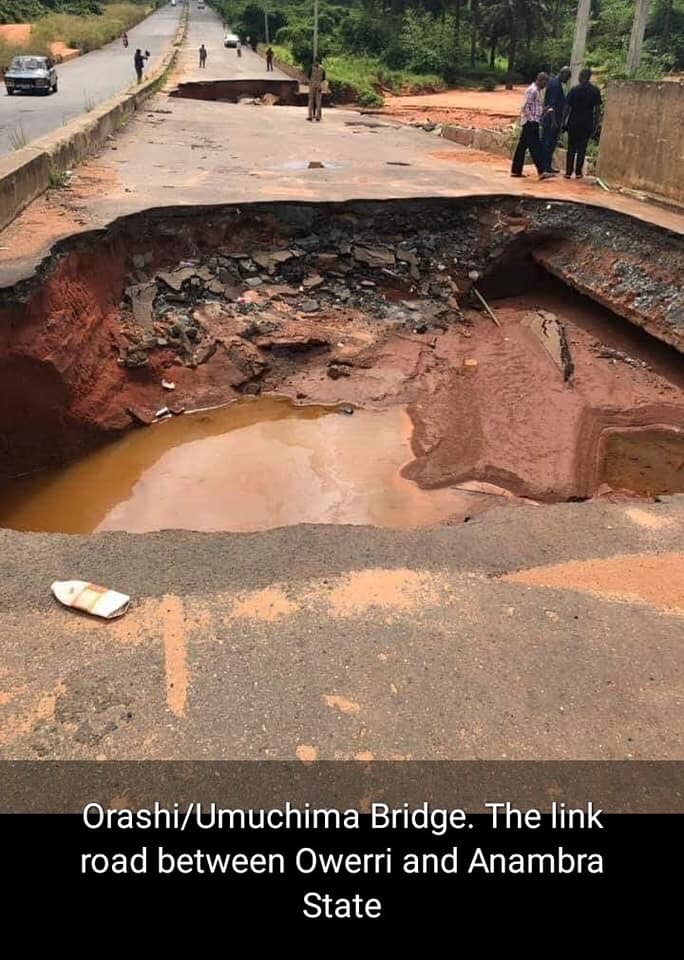 Please take a look at this flyover. It was started by Ikedi Ohakim but Rochas came and brought in his own team. Now look what a governor who claims to love his people spent public fund building for human beings like himself to use and still get mind to commission?? Is this not the height of wickedness? Does this not qualify as attempted murder? 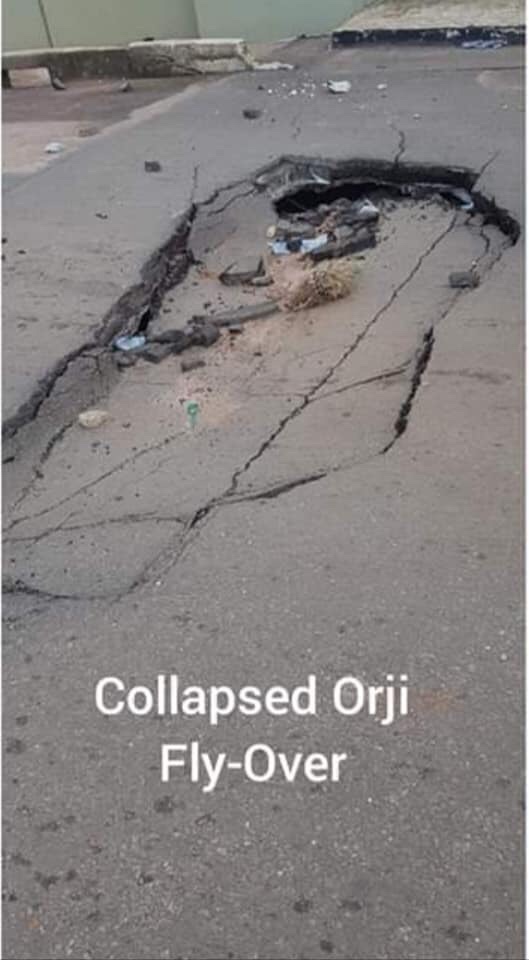 Certain things should be beyond politics nah!!

Even if you want to steal public funds by inflating contracts and still awarding them to your own company, at least do a good job and even if you want to do a shoddy job, don’t do it with bridges and flyovers because they can collapse and kill people. How is this difficult to understand?

I confirmed from the work ministry that most of these constructions were done straight from govt house without their input. I saw not less than 45 houses, most of which were govt property which the ex governor sold to his wife, his daughter, his son-in-law Uche Nwosu or the other Son-in-law (the son of the immediate junior education minister, Prof. Onwuka) or to himself using his foundation, Rochas Foundation. HE GAVE A WHOLE ESTATE TO HIS WIFE. I’m sure some of you have seen the video. All the 27 hospitals he purportedly built in the 27 local govt areas, please, if you are from Imo, come here and confirm if the one in your local govt is working? There are over 100 court cases of people whose lands Rochas converted to personal use as governor even against court orders. Now those people are all back to court against the new govt seeing as govt is a continuum.

Please check the 4th photo, that is the inside of the so called “Mother and Child Hospital”, Douglas road which Rochas brought Vice President Osinbajo to commission. But in truth, that is no hospital. Just an empty building that looks more like a shopping plaza. It is COMPLETELY empty. If in doubt, please visit Douglas road and go into the building to verify my claim. I can’t tell if he initially bought hospital equipment only to later take them away or he merely hired equipment to deceive the VP into commissioning it as a hospital. What I do know is that the so called hospital is just an empty building as I type this. The International Conference Center is completely empty. Even the ordinary chairs there were taken.

Meanwhile, this is the same Rochas going from Press to Press boasting that he has finished the whole work in Imo and is waiting for the current governor to come thank him.

Imagine if Uche Nwosu had succededd in succeeding Rochas? These death traps masquerading as bridges and flyovers would have gone undetected until they collapse and probably kill innocent people.

Like I told the governor yesterday, while it is true that at the end of his tenure, history will judge him not by what Rochas did or didn’t do but by what he, Ihedioha, did while in office, the same history will equally treat him (Ihedioha) to a fate far worse than death should he compromise in recovering all Imo property looted by Rochas and his group.