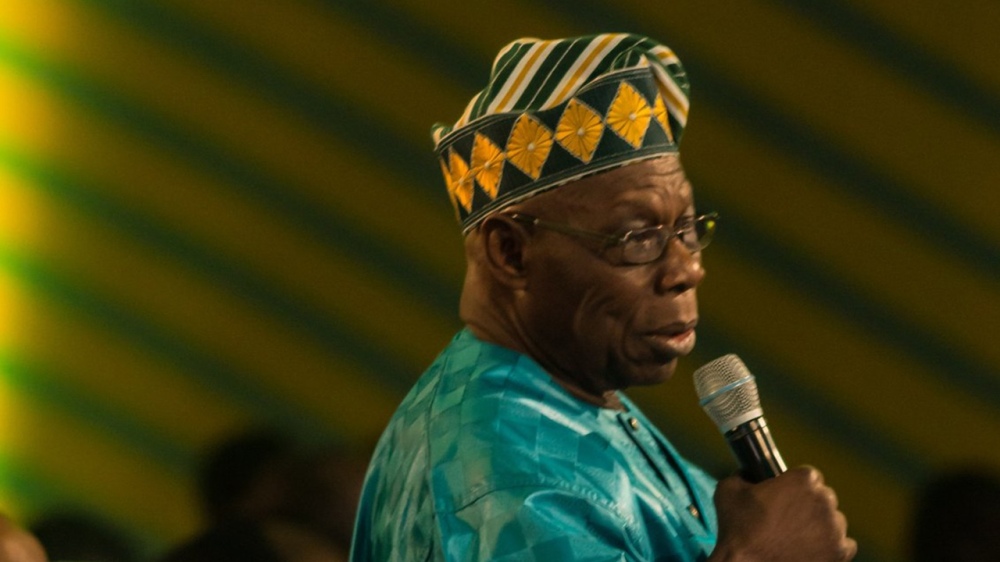 These are the facts. Some people just cannot stand President Obasanjo’s guts. They would rather he be seen, not heard. They want him to padlock his lips and open his mouth only when he is dealing with his favourite food, amala with okra soup. They argue that the nation has had enough of him as a major player on our political turf since July 1975. They say that after being head of state and a two-term civilian president, he has nothing more to offer the country and he should move over and leave the stage for his political pikins.

There is more. They say that his resort to open letters to successive presidents smacks more of megalomania than statesmanship. They also say that he has no right to tell every one of our presidents, from President Shagari to Muhammadu Buhari, what to do because the right he is exercising is an assumed right, not a given.

These are caustic criticisms that nevertheless resonate with not a few people, especially those who would do anything not to hear Obasanjo’s voice any more in our national affairs. I once wrote a two-part column for this newspaper on what I called Obasanjo, the sound of chest beating, to suggest that his immodesty grates on the ears.

Vice-Admiral Murtala Nyako once described Obasanjo as “the most accomplished Nigerian so far.” I think it is a fact he likes to rub in. That, to be sure, is not a sin but it irritates those who tend to believe that once a man has had his time as a leading or even a bit player on the political turf, full retirement, including padlocked lips, recommends itself.

None of us can deny that Obasanjo is a looming presence in our national affairs, social and political. He has considerable physical and intellectual weight. He enjoys a surfeit of the respect denied him at home among world leaders. Hate him or love him, each time he fires off his open letter the ground shakes under the feet of the man at the receiving end of his poison-tipped arrow.

It is good that Obasanjo refuses to be a decoration on our political wall. We need the voice of courage when men tend to exercise the option of hiding under. He refuses to padlock his lips because he believes he still has some vital and positive contributions to make as to how the country is being run and how it should be run as an egalitarian society in which the ethnic and religious labels matter less and the Nigerianness matters more to all Nigerians. He is the keenest watcher of the Nigerian project and feels justified in speaking up when others of his generation choose to be politer than patriotic and allow the repainting of what is wrong in the colours of right.

I think the former president believes, and I agree with him, that it would be both unpatriotic and irresponsible of him to keep sealed lips when he knows that things are going wrong under the watch of a particular Nigerian president. His stance also resonates with those who believe that if those who should speak up when the nation finds itself each time tossed about in the choppy waters of our national politics choose not to do so, they would be vicariously and directly and morally held responsible for what befalls the nation. A clear deficit in mutual trust needs to be remedied to avert mutual distrust and hostility.

To be fair to Obasanjo, I do not think he is motivated by malice or ill-will in his letters to former President Jonathan and Buhari. Each man benefited from his support for his presidential ambition. He ditched each man when he felt that they had taken the country for granted and were and are doing what was and is right for them but wrong for the country, its people and its future.

That too, is part of the problem for the former president. People reject his assumed right to choose our leaders for us. That duty, the argument goes, belongs to the electorate and they should be allowed to fully exercise it.

You could accuse Obasanjo of many things but no one could accuse him of paying lip service to patriotism. He has been the architect of the Nigeria that emerged from the cauldron of the civil war, both as a fighting soldier in the trenches during the Nigerian civil war; as head of the military government that introduced the executive presidential system and effected other fundamental constitutional changes to the structure of our government at federal, state and local government levels; as the first military head of state to return to office as a civilian president at a time the country was going through the crises occasioned by the annulment of the June 12, 1993 presidential election. Those are unassailable credentials, undiminished by the petty-mindedness of the petty-minded.

His latest open letter to Buhari, as usual, has generated incendiary reactions across the land. I heard the plaintive shout, Obasanjo again! The phrase refers to what people object to as his intrusiveness and his assumed insistence that his must be accepted as the only sane voice in a nation noted for varied voices, some of which bother on insanity by the breadth of their unreasonableness.

Those who jumped into the fray did not bother to read what the former president wrote. It was enough that he dared to speak up and challenge Buhari on the current political and insecurity challenges of the nation; something no one is happy with because through acts of omission or commission, our nation is being put through a wrenching period that has occasioned despairing thoughts on the future of our country, as witness Professor Anya O. Anya: “We can no longer say with certainty that we have a nation.”

Those who are quick to defend Buhari are not driven by the desire to make informed contributions to the national discourse but by the ambition to benefit from earning their crumbs as defenders of the president, right or wrong. This reaction from Alhaji Tanko Yakasai, is typical: “I don’t see patriotism in General Obasanjo’s letters.”

Buhari has used the same expression to dismiss Obasanjo’s letter. No one has ever defined patriotism as either a deafening silence in the face of existential challenges or the chorus of panegyrics that makes a ruler feel good.

Every ruler allows himself the luxury of believing that he has all the answers to his country’s problems and that those who seek to offer alternative views are enemies. This is patently wrong but nevertheless rests on the rather warped wisdom, to wit, the ruler became a ruler because the people believe he is the answer to their problems.

Patriotism is not that simplistic. I do not think Buhari and Yakasai looked hard enough into the letter, a short one by the standard of Obasanjo’s open letters. If they did, they would have appreciated the basic premise of the letter, to wit, Nigeria faces serious existential threats and Buhari needs to wake up to that reality and offer us a leadership that would prevent the country from asking its citizens to pay once more the stiff price it has paid time and again to remain one and united, warts and all.

Buhari too fought in the civil war to prevent the dismemberment of the country. It would be a cruel irony if Nigeria under his watch is once more driven to the precipice. We have paid enough prices in blood, sweat and tears to save our nation. Enough.

The president needs to come down from his high horse and accept that his presidency does not come with omniscience. A Nigerian Tribune editorial last week put it this way: “President Buhari nurses a sense of presumptuous patriotism which pitches him against other citizens. In this reckoning, he alone is the ultimate patriot, superior to everyone else. Yet on the issue of insecurity and governance in general, his approach has been quite laid back. He has demonstrated no sense of urgency even though the situation in the country is quite dire.”

I think this was what irked Obasanjo and prompted him to write his open letter. It seems that his primary objective was to tell Buhari that he could not rely on himself alone to contain the worsening security problems that appear to overwhelm him and his security chiefs. A time like this calls for the collective wisdom of the people arrived at through a national dialogue. He made that clear in his opening paragraph: “Since the issue of momentous concern to all well-meaning and right-thinking Nigerians, it must be of great concern to you, and collective thinking and dialoguing is the best way of finding an appropriate and adequate solution to the problem.”

Would the president’s men disagree with that without hurting their patriotic credentials? 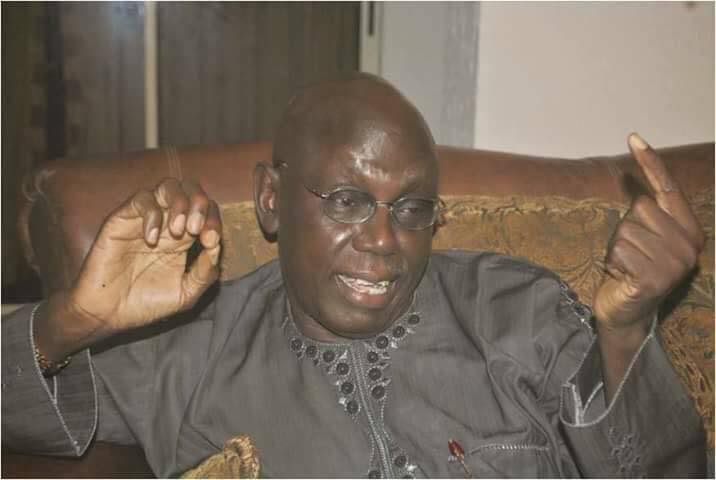