There is a raging debate over whether the Shiite sect in Nigeria can now be called a terrorist organisation. This article settles the debate.

El-Zakzaky’s Shiite sect is now a terrorist organisation, according to a Nigerian court (AFP)

Sheikh Ibrahim El-Zakzaky, spiritual leader of the Islamic Movement of Nigeria (IMN) or Shiite, has been in detention since 2015 alongside his wife Zeenah Ibrahim, despite a court order in 2016 to release him.

National leader of Shiite movement, Ibrahim El-Zakzaky has been in detention since 2015 (Punch)

The Zakzakys were detained after members of the IMN stood in the way of a convoy in which Army Chief Tukur Buratai was travelling in Zaria, Kaduna State.

Rights groups say some 350 mostly unarmed Shiite marchers were killed by the Nigerian army on the day.

The Shiites have been marching in the capital city Abuja almost on a daily basis in recent times, as they continue to call for the release of Zakzaky.

Some of the recent protests by the Shiites in Abuja have turned violent and deadly; with a police officer, a trainee journalist and scores of Shiites reportedly killed in the ensuing crossfire involving armed security personnel.

Nigerian police have responded with teargas and gunfire to the protests of the Shiites.

The Shiites say police personnel gunned down 20 of their members in recent clashes. 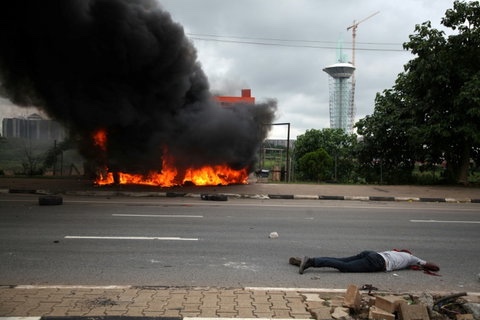 Shiite protests in Abuja have turned violent and fatal (SaharaReporters)

There have been reports that the federal government of Nigeria currently led by President Muhammadu Buhari has banned the Shiite sect and proscribed the organisation as a terrorist one.

What do we know? This article provides some insightful analysis in an easy to understand manner.

Is the Shiite sect in Nigeria now a terrorist organisation?

At the moment, the answer to the question above is yes.

The federal government has obtained an order from the federal high court in Abuja which essentially proscribes the Shiites.

In granting the order, Justice Nkeonye Maha designated the activities of the Shiite organisation in any part of Nigeria “as acts of terrorism and illegality.”

To complete the process of labeling the Shiite a terrorist organisation, the court ordered the Attorney-General of the Federation “to publish the order proscribing the respondent (Islamic Movement in Nigeria) in the official gazette and two national dailies.” 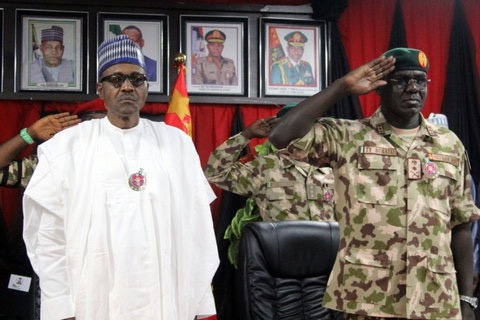 The federal government will now publish the court order in the national gazette and two newspapers for it to come into force.

The Shiites can still appeal the ruling of the federal high court as it stands. However, they seem in no mood to do so.

What are the Shiites saying?

The Shiites regard the move to ban them as a “dangerous development.”

They also insist they will continue protesting on the streets of the capital until Zakzaky is freed.

Abdullahi Musa, secretary to the academic forum of the IMN told TheCable that: “Everybody is aware of their moves. All they want is to suppress the Islamic Movement in Nigeria (IMN) just to please Saudi Arabia. They want to kill Sheik Ibrahim Zakzaky and silence all of us.

“When they were killing us, they didn’t get any court order. Now, they are talking of court order, does Buhari obey court orders? 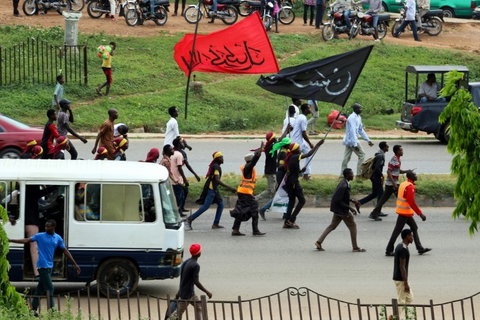 “I don’t think any court has the right to ban any religious group. Islamic movement in Nigeria is not an organisation registered under the government, it is a religious group. Are they trying to stop us from saying our daily prayers?

“The president or the governor of any state cannot force us to adopt their ideology, they want us to succumb to their own ideology and we have said no. This government is killing us because they feel that it this is time for Jihad. They should go ahead with their jihad, when they are through with us they will move to the Christians and other religious bodies.

“You can’t just wake up and say you have proscribed the activities of IMN. It’s like saying you have banned the Catholic Church or any other church. Does that make any sense? Is there any constitution backing that? We are practising religion and we will continue practicing religion they have been killing us and we did not stop practising our religion, they should go ahead because we won’t stop.”

What is the presidency saying?

The Nigerian presidency says it has only outlawed the criminal behavior of the Shiites and not their daily prayers or pilgrimages to Mecca.

“The proscription of Islamic Movement of Nigeria (IMN) has nothing to do with banning the larger numbers of peaceful and law abiding Shiites in the country from practicing their religion, instead it was to discourage wanton violence, murder and wilful destruction of public and private property,” the presidency said in a statement.

“The banned organisation was taken over by extremists who didn’t believe in peaceful protests and instead employed violence and arson, driving fear and undermining the rights of others and constituted authority.

“The government had to act before the situation goes out of control.”

The presidency adds that “contrary to the claim by IMN that it had been banned from practicing its religion, President Buhari’s administration has not banned Shiites from observing their five daily prayers and going to Mecca to perform the Holy pilgrimage.

“Everywhere in the world, protesters operate within legal boundaries and conduct themselves peacefully without molesting others, or engaging in murder and killing of security personnel or destroying public and private property.

“The Presidency regrets that despite all efforts by the government and other well-meaning Nigerians to make the IMN militants to see reason and abandon violence, such appeals fell on deaf ears as they killed, maimed and destroyed willfully.”

So, there you have it. Until the appeal of the Shiites is heard and ruled upon, the group is currently in the same bracket as IPOB, Boko Haram and ISWAP.

Zakzaky has lost one eye.

El-Zakzaky’s bail hearing has been adjourned to August 5, 2019.

“Doctors have confirmed that he has lost an eye and the second one may be lost on account of advanced glaucoma. Secondly, pellets lodged in his body since 2015 have not been removed,” says Falana.

One thought on “IS EL-ZAKZAKY’S SHI’ITE SECT NOW A TERRORIST ORGANISATION?”