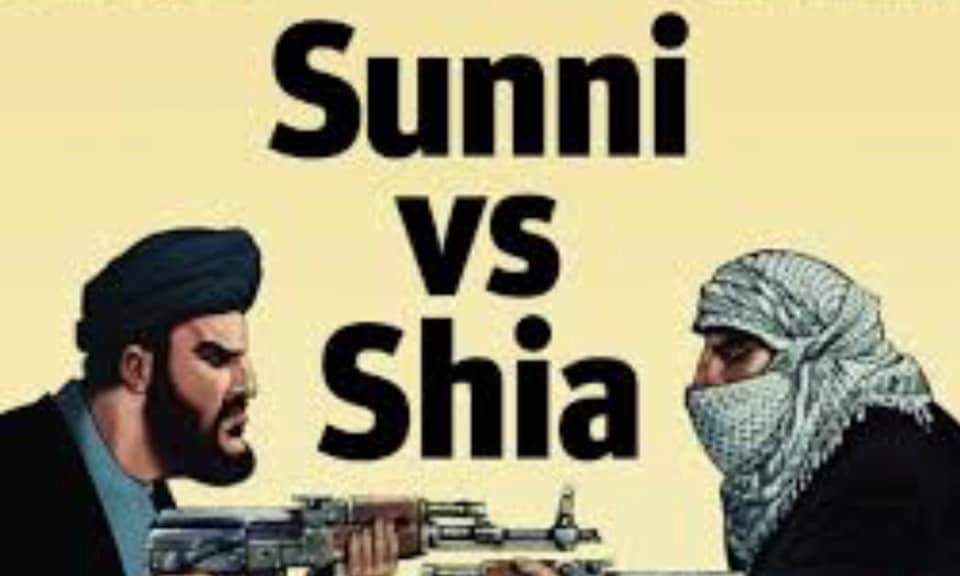 Abuja-based public affairs analyst, Abdulrazaq Hamzat, writes on the seemingly Sunni Vs Shia division in Nigeria, warning that Nigerian authorities must apply some wisdom in handling the issue, before it becomes too sophisticated for Nigerian leaders to contain.

The conflict between Sunni and Shia is deeply rooted and intractable, it has existed for almost 1400 years.

Before I proceed to discuss the conflict as requested by some of my friends here, let me note that Islam forbids division of any kind.

And beyond forbidding such segregation, Quran specifically frowns at association with those that break away into sects.

‘’And hold firmly, all together, by the rope which Allah (stretch out to you), and be not divided among yourselves.”

‘’Indeed, those who divide their religion and break up into sects, you have no part with them in their least.”

It is based on the above verses and others like them that I hold the view that, any sect or division in Islam, be it Sunni and Shia or several other sub-sect that exists are not adhering to the dictate of Islam. They actually have nothing to do with the religion of Islam.

So, having made my position clear on sects in general, let me now move to the main issue of discuss, which is the conflict between Sunni and Shia.

What led to the divide?

The divide between Shiite and Sunni is traced to 632 A.D, when Prophet Muhammad (S.A.W) died and a debate emerged about who should be his successor.

One group (which eventually became the Shiites) felt that the Prophet’s successor should be someone in his bloodline, particularly his cousin Ali, while the other group (which became the Sunnis) felt that a pious individual and companion of the Prophet, Abubakar should lead. Both Abubakar and Ali are very close to the prophet and they are both very learned and competent.

At the end, leadership position was passed to Abubakar by the majority, but Ali felt cheated and he didn’t pledge his allegiance.

It took him over 6 months to do so, but before he eventually did, the followers were already divided into two, Shia Ali (followers of Ali) and the other Muslims, who eventually became Sunni.

Why they differ on who should lead

The group that eventually became Shia claimed that the Prophet had anointed Ali to be his successor before his death, while the other group which became Sunni said it’s not true.

Here, it is important to clarify that, while Ali is Prophet Muhammed’s cousin who is very young, he is also the husband of the Prophet’s only surviving daughter, Fatima.

Abubakar on the other hand is not just the Prophet’s trusted companion and an elderly man; he is also the father of one of the Prophet’s wife, Aisha.

After the death of Abubakar, leadership mantle was passed to the next trusted companion Umar, and to the next one Uthman, before it eventually became Ali’s turn when Uthman was assassinated by those who felt he was not ruling well, some of which were Ali’s supporters.

Let it be clear that, while Ali openly disagreed with Uthman on certain policy and appointment issues, he wasn’t aware of any conspiracy against him. As a matter of fact, when Information leaked about certain conspiracy to kill Uthman, Ali sent 2 of his children to join those guarding the leader, but somehow, the plotter succeeded and Uthman was martyred.

Naturally, Ali was the next to lead, but at first, he declined to take the position when offered and others offered after him also declined too.

However, the community eventually came together to persuade Ali and after much plea, he accepted to lead.

When Ali took charge, he was reported to have reshuffled the cabinet and the other group felt alienated, which made them unhappy, including the Prophet’s widow, Aisha.

A group led by Uthman’s cousin, Muawiyah whom Ali had tried to replace as the governor of Syria, successfully overran Ali’s newly appointed governors. This was the first major arm confrontation and violence within the Muslim community and as a result, the Muslim community was divided into two. One of the group’s was led by Ali and the other by Uthman’s cousin, Muawiyah.

Several interventions were initiated without any resolution.

Finally, some how, negotiation was done and Ali accepted the verdict to the displeasure of some section of his own followers. In the crisis that ensured between his own camp, Ali was assassinated by Khawarij (breakaway), and his son Hassan negotiated a peace treaty with Muawiyah.

After Hassan and Muawiyah died, Hassan’s brother, Hussaine refused to pledge allegiance to Muawiyah’s son, Yazid who took over from his father and this led to another battle. Yazid’s army massacred Hussein’s small forces on the 10th of Muharram 680 CE. This day is venerated by Shia as the day which marked the irreversible split of the Sunni and Shia.

It was simply put this way, ‘’the supporters of Ali’s family became the Shia, while the followers of Uthman’s family along with Muslims who didn’t particularly care about who was in charge became the Sunni.’’

Hussaine’s martyrdom became a central tenet to those who believed that Ali should have succeeded the prophet. (It is mourned every year during the month of Muharram.)

For the purpose of emphasis, I want to agree with those who maintained that the Sunni and Shia divide has nothing to do with religious disagreement or ideology. The conflict, to my understanding is simply about politics and leadership. Every other ideological division they manufactured, were after thought, to keep the divide permanent.

While Sunnis regarded all 4 successors of Prophet Muhammed, including Ali as rightly guided caliph, Shia on the other hand only regard Ali as the true successor, describing the 3 others as usurpers. Because of this perception, shia often use all sorts of defamatory languages against the 3 other Caliphs, thereby causing animosity with Sunni.

According to a report from State University of New York, One hundred years ago, around the time of World War 1, the Middle East was carved up in a Franco-British pact called the Sykes-Picot Agreement. But the Europeans had little interest in understanding the religious and ethnic intricacies of the Middle East when they divided up the region. Still, these arbitrary borders became the blueprint for today’s maps.

The report stated that, Shiites were divided primarily among Iran, Iraq and Lebanon, with Alawites (an off-shoot of Shia Islam) in Syria. This area has come to be known as the Shia crescent.

Additionally, Sunni Muslims make up the bulk of the population of other countries in the region, with pockets of Shiites scattered among them.

As you might expect, problems arise in countries where both sects are vying for power, or one feels oppressed. In Syria, for example, a Sunni majority has been ruled for the last 45 years by a Shia Alawite minority the report says, while In Iraq, a Sunni minority ruled over the Shiite majority for decades.

After the U.S. invasion of Iraq, Saddam Hussein — a Sunni — was overthrown, and a Shiite government took over. That government was reported to be marginalizing Sunnis, and some of those disenfranchised Sunnis have gone on to form the so-called Islamic State, or ISIS. The bitter resentments between the Shiite-led government and Sunni communities have contributed to victories by the Islamic state.

To understand the conflict better, have this at the back of your mind: Al Qaeda and ISIS are Sunni Muslim groups, Hezbollah is Shiite.

Osama bin Laden, Saddam Hussain are Sunni. Syrian President Bashar al-Assad is Shia. And the Iranian mullahs are Shiites as well, which helps explain why Iran has gotten involved in the conflict in Syria.

Global politics and US influence in the conflict

Traditionally, it is on record that U.S.’s strongest allies in the Middle East have been Sunni powers, like Saudi Arabia, Egypt and Jordan.

But now the U.S. is pursuing a nuclear deal with Shiite Iran, and is working alongside Shiites in Iraq to try to destroy ISIS. However, U.S is still supporting Saudi Arabia, which is currently bombing Iran-backed Shiite rebels in Yemen.

While a survey carried out among Sunni states showed that 40% of them said they don’t believe Shia should be regarded as Muslims, it is important to remember that the majority of ordinary Sunnis and Shiites do not hate each other, and both groups share the same core tenets of Islam. In a sense, it’s similar to the differences between Catholics and the Protestants.

What role has sectarianism played in recent crises?

More than 85- 90 percent of the world’s 1.5 billion Muslims are Sunni. The Saudi royal family, which practices an austere and conservative strand of Sunni Islam known as Wahhabism, controls Islam’s holiest cities of Mecca and Medina. Karbala, Kufa and Najaf in Iraq are revered shrines for the Shiites.

In countries which have been governed by Sunnis, Shia tend to make up the poorest sections of society. They often see themselves as victims of discrimination and oppression. Sunni extremists frequently denounce Shia as heretics who should be killed.

The Iranian revolution of 1979 launched a radical Shia Islamist agenda that was perceived as a challenge to conservative Sunni regimes, particularly in the Gulf.

Tehran’s policy of supporting Shia militias and parties beyond its borders was matched by Sunni-ruled Gulf states, which strengthened their links to Sunni governments and movements elsewhere. This is what has been somehow been transported to Africa and Nigeria in particular.

Nigeria must therefore be careful. We must apply some wisdom in how we handle this small issue, suddenly becoming too sophisticated for our leaders to contain.