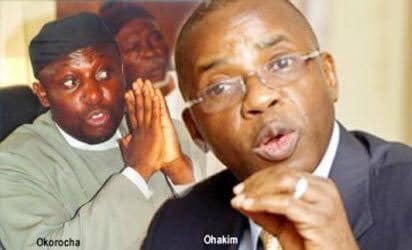 The definitive electoral outcome of the 2011 and 2019 governorship elections have placed Imo State as the most politically savvy enclave in the South East in particular, and Nigeria in general. As an honor, the people of Imo State deserve the accolades. This is because in all these elections, Imo electorates were able to demonstrate that SOVEREIGNTY belongs to the people.

They demonstrated that the will to decide who governs a democratic government rests on the showders of the people through their electoral decisions. Again, the people of Imo proved beyond every reasonable doubts that political Representatives can be voted out of office in a rancor free election devoid of unnecessary acrimony.

First, it was the removal of Former governor Ikedi Ohakim in 2011. This was the first time the People’s voice was heard in resounding ovation and celebrative mood echoing the victory of the people over intimidation and disrespectful rule under a democratic government.

The huge electoral defeat of governor Ohakim was an overwhelming democratic gains of the people of Imo State as they overtly Positioned themselves as the only giver of political powers to individuals of their choice, whom they have considered worthy to rule over them.

This outstanding political message of the people of Imo State was not thoroughly assimilated by Owele Rochas Okorocha, who was the direct beneficiary of the people’s electoral benevolence as he became the gubernatorial choice of Imolites in 2011.

Yes, the people of Imo made Rochas Okorocha their Governor as they rejected Ikedi Ohakim. The celebration was a public GALORE that lasted for days. From all indications, it was obvious that the people were celebrating their victory, and Rochas Okorocha was the personification of that victory and new hope of Ndi Imo.

One thing was common and significantly glaring with the political rejection of both Ikedi Ohakim and Rochas Okorocha by the people of Imo State. That thing was money, and plenty of money that could not save the Politically unclean governors.

The second thing visible for the blind to see and notice was open demonstration of irritating ARROGANCE by both Ohakim and Rochas Okorocha. And that accounted for the reason why the people rejected them and their billions. In most cases, people, who collected their money to vote for them ended up voting against them.

That is how politically savvy, determined and vindictive the electorates in Imo State can be, when they mean business to unseat an unwanted political tyrant, or a public despised gubernatorial and other political office contenders.

So, it was unfortunate that after all these demonstrations of extreme political maturity by the intellectually sophisticated citizens of Imo State, Rochas Okorocha goofed. Rochas could not see the possible political end of a bad governor from the mirror of a sorrowful electoral humiliation Ohakim suffered, which ushered him in.

The source of this sudden change was surprising as it was devastating to Imolites. It was later that the people discovered that Rochas Okorocha’s unbridled quest for political power, and his unholy political romance with the northern political hegemony was the reason for his undue metamorphosis. 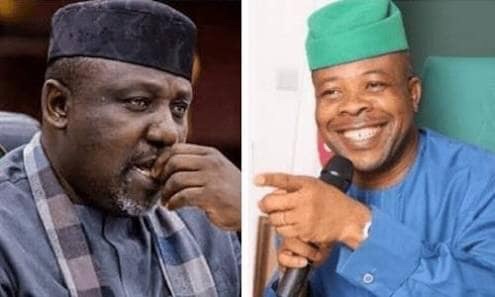 At the realization of this, the highly sophisticated people of Imo State abandoned Rochas and his seemingly demented and ungrounded political dynasty. Noticing that the people have denounced their association with anything that had to do with him, Rochas Okorocha turned into a full blown dictator and a self opinionated political dogmatist. He lost completely the love of the people and was seen by the electorates as a political reprobate.

I have never been a prophet in my life. But, as a respected writer and public affairs analyst, my postulations have always been perceived as Prophetic to many readers. Shortly after Rochas Okorocha was sworn in as Governor in 2011, I had written an article published in Leadership Newspaper as a columnist.

The article came with the Title: ‘ROCHAS AND THE MIRAGE OF Good GOVERNANCE’. That article x-rayed the momentous acceptance of Rochas by the people, Rochas’s licentious promises to Imo people, his shenanigans and use of contrived pictorials and designed billboards to exaggerate achievements. The people were happy, mesmerized and lost by the window-dressing leadership approach of Gov Rochas Okorocha. But, I was meticulous and apprehensive too, knowing that Rochas Okorocha, the People’s governor then, was heading to the political abyss, where his name would be written in the dark and ugly political history for humans of all generations to read. Today, that history is established.

While we rejoice with the electoral victory of the new governor, Hon. Emeka Ihedioha, it is wise we do not forget the political leadership end of both Rochas Okorocha and Ikedi Ohakim. While we applaud the initial administrative style of Ihedioha, we should also be patriotic enough to help show him where he is not doing well. The earlier, the better is a good adage. One of the major factors that aided the colossal failure and abysmal shame that clothed these past governments at their exist points was their overt tolerance of the killing sycophants.

As known writers, political analysts and public opinion molders, the political parasites and sycophants that destroyed the two governments of Ikedi Ohakim and Rochas Okorocha will also destroy the government of Emeka Ihedioha if we keep quiet and fail to expose the weak points of this political fortress headed by the astute Hon. Emeka Ihedioha. History has at all times educated that the political responses of the people have remained the same not minding who is at the saddle. That the people will always go against any government when faced with oppression and bad governance. And the hatred of the people when manifested is usually devastating to both the government and the people themselves. At the end, the people have always won.

In Nigeria, it is a tradition to brand anyone who criticises the actions or any policy of a government as enemy or opponent of the governor. This is usually the antics used by sycophants to hypnotise gubernatorial leaders. If only the governor can see positive critics as his best friends and followers, he will not end the way of Rochas Okorocha.

There are strong pointers that the last sanitation exercise carried out by the state government may have opened some windows for Imo electorates to begin critical eye-marking of the present government’s disposition to give it’s best to the people of Imo State. This is despite the high-powered hype to the exercise by aids and supporters of the governor. There are undertone talks that the outcome of the exercise was not what was expected considering the hype given to the exercise by the government. There are also rumors of huge financial allocation made for the project, which the work as currently ongoing in Owerri, the state capital can not justify.

Again, the people are asking how any discernible person would believe that former governor Ikedi Ohakim can clean the state environment within one month of his mandate. The truth, is after nearly one week of the sanitation exercise, many streets are still littered with the debris of the exercise. Instead of the people engaging in the sanitation exercise as was the tradition in Imo of the past, hired men are seen digging the gutters with little or no supervision.

The streets are still grossly littered. Our concern springs from the fact that this is the first public function of the present government involving the people of the state. How this is done no matter who is in charge becomes a veritable yardstick to measure the preparedness of Governor Emeka Ihedioha to govern Imo State.

This will also define his best approach in confronting issues of public interest or addressing the concerns of the people.

The score card of political administration is now opened for Hon Emeka Ihedioha, and the all historic time is already ticking.