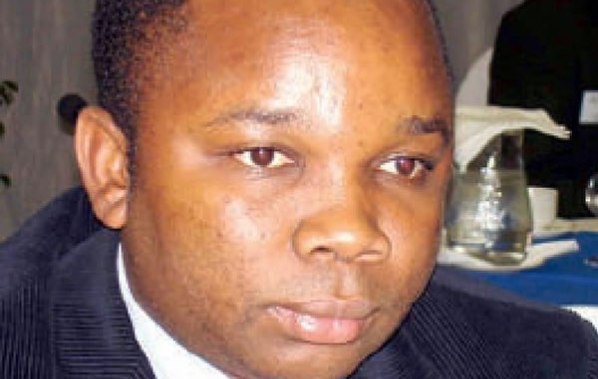 I wrote an article two days ago about the unfolding situation in Imo state especially as it relates to the allegations of corruption around the former governor Mr. Rochas Okorocha. It was quite short and did not capture the events in any details. As a columnist, I try to raise important issues for policy attention and move on to another topic. I had already started my research on my next topic when I received a lengthy rejoinder apparently written on behalf of the former governor against me and renowned journalist Ray Ekpu by one Onwuasoanya Jones. I gathered that this individual is a known apologist of Mr. Okorocha and a former spokesperson of the campaign organisation of his son-in-law.

My initial instinct was to ignore the diatribe and continue my work. Afterall, the author was initially courteous to both of us although in a mischievous way. From his tone, it was obvious that he was hastily procured, and the response offered him an opportunity to polish his profile by taking on those who he acknowledged as pen veterans. While I cannot respond on behalf of a doyen of journalism like Uncle Ray, I felt strongly that such misinformation targeted at misleading the public should not be allowed a long shelf life. I also could not endure allowing a hack writer to denigrate the personality of someone that I have great admiration for.

In many ways I have sympathy with Mr. Jones. I learnt that he has been in the trade of caustic mudsling for political paymasters for a while. I do not wish to come before him and his meal ticket. I noticed that even with his obvious experience in trading with falsehood, it was clear that he was struggling to find things to say and, in the process, got himself into many errors. I can only imagine the unenviable difficulty in cooking up lies against reputable people in less than forty-eight hours just to defend the indefensible. Let me assist the author by clarifying that I am an indigene of Imo State and grew up in Owerri. I do not need help to move around. I have already gathered comprehensive information about the scandalous reign of Okorocha and only decided to share enough to trigger public debate. I will open the pandora box when the time comes.

If you speak to people in the state, you will immediately realize that the former governor has already been sentenced to life imprisonment in the court of public opinion. From taxi drivers to market women and youth groups are continuously raining curses at him because of the deceit that characterised his era as governor. However, for accusing me of lack of knowledge, the author has caused me to dig the issues deeper and raise the issues methodically with relevant groups both locally and internationally.

As a citizen and stakeholder, I have followed the activities every government in the state from Udenwa to Ohakim then Okorocha and now Ihedioha. I am a victim of bad governance that was inflicted on the state by Okorocha and his family. I have not visited Government house since Rt. Hon. Emeka Ihedioha was elected. I must not get paid by anyone before I raise my voice against what I perceive as wrong. I have raised these issues partly to guide the incumbent against potential land mines and banana peels. As for my personality, a simple search on my name will give the author some insight about me and make him understand the futility of his smear campaign. It is my view that governor Ihedioha should hit the ground running and quickly establish a framework to manage whatever the government recovers from Okorocha transparently for the benefit of the people.

My comments about the former governor are not out of malice or anything personal as falsely alleged by Mr. Jones Onwuasoanya. I have nothing against him. For someone who publicly acknowledged that he is mad, what is there again to add. It takes such a person to display the level of arbitrariness that happened under Rochas. Imagine creating four universities only three weeks to the end of his tenure. Imagine the recklessness of donating public properties to himself at will. His lunacy only reminds me of an Igbo proverb that says that a village is not complete without mad persons, but they must not come from one’s own kindred. If this self-acclaimed philanthropist was never my governor, I will not bother about him. I must admit that he has an entertaining nuisance value. I probably would have nominated him for a Nollywood career where I think he would have made a fortune. For now, I have only committed to join every effort to make him return every kobo that he stole from the public treasury in our state.

I am aware that Rochas Okorocha claimed that he spent almost 30 billion naira to construct 27 specialist hospitals in all the local government area in the state. Mr. Jones should encourage him to tell us how many of them are complete and functional. He claimed to have spent 750 million naira for each one. Anyone who is interested should go around the state and check the quality of work that will gulp such an amount. None of the hospitals is functioning now. They were allegedly fully paid for but never completed. The one in my locality was abandoned long ago at the level of block work estimated at about 50 million naira. It has been taken over by grasses and rodents. I am also interested in the list of companies who got the contracts and those behind them. What about the so called concessioning of some health facilities that he carried out? Why was there no transparent bidding process? Who are those behind the Israeli company and the Kaduna one whose directors are yet to be recognised in the medical profession?

Another big scam is the school he purportedly built in the 305 wards in the state. Stakeholders are interested in the amount of money spent per school compared to the quality of structure constructed. Petitions are already flying around describing how efforts were made to surreptitiously withdraw 500 million naira from the coffers of State Universal Education Board. It is relatively well known how Roche company was allegedly used in fleecing the SUBEB through several fictitious and inflated contract awards. On the 48 billion naira allegedly left in cash by Okorocha, I leave that to those who are more familiar with the matter to respond. However, have been reliably informed that it is a lie as the state government had challenged the former governor to provide evidence of his claims. I am also aware that about 7 billion was snatched from him by the Economic and Financial Crimes Commission (EFCC), while he was in the process of siphoning it away during the elections. We have also been informed that part of the funds was already earmarked the World Bank Assisted rural access mobility project (RAMP), payment salaries and renovation of schools. On the other hand, it was reported that the former administration left liabilities totalling more than two billion naira.

Beyond seizing a few properties from Mr. Rochas Okorocha and his family, the Ihedioha administration should establish a panel to comprehensively investigation and audit of the former administration in the state. I can bet that the extent of decay that will be revealed will send shock waves across the state. Rochas Okorocha has brought home some ant infested faggots, like revered Chinua Achebe once said, he should get ready to host lizards to a cocktail party. He can only use the likes of Jones to play the ostrich for the time being to mislead the unsuspecting and gullible ones. I am sure he will soon face justice.

Uche Igwe is a political economy analyst. He can be reached on ucheigwe@gmail.com