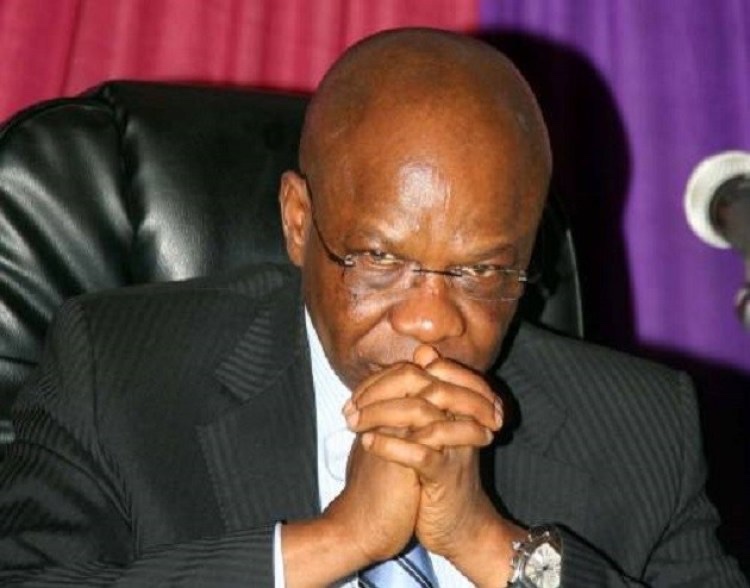 The court granted him bail after he was docked last week Thursday before Justice Chuka  Obiozor by Economic and Financial Crimes Commission, EFCC, on a four-count charge bordering on money laundering although OblongMedia found out that  there are other reasons for his trial which may be inherently politically motivated.

The court had ruled that Iwu be kept in the custody of the EFCC till Friday last week when his bail application would be heard and decided. But he was later taken to Ikoyi prisons until his release on Friday, August 16, night. A source had confirmed to OblongMedia on Friday, August 16, that Iwu will be released baring any unforeseen development.

It should be recalled that Justice Chuka Obiozor of a Federal High Court, Lagos, on  August 9, granted Iwu  bail with stringent conditions of N1 billion with two sureties in like sum. The judge ordered that the first surety must have a property registered in Lagos. The property must be valued at N1 billion and the owner must be resident in Lagos. He also ordered that the surety must produce evidence of tax clearance, statement of his bank account with passport photos of both the surety and defendant.

In addition, the judge stated that the second surety must be a civil servant on Grade level 16 or a professor, stressing that the defendant must not interfere with the witnesses during the trial.

The EFCC had arraigned Iwu on Thursday, Aug. 8, on a four-count charge of money laundering to the tune of N1.2 billion. However, he pleaded not guilty to all the counts.

OblongMedia gathered that prosecution of Iwu is most likely politically motivated  because of the on going case at the Presidential Election Tribunal where Atiku Abubakar of the Peoples Democratic Party, PDP, is challenging the victory of President Muhammad Buhari at the presidential election in February 23. His traducers believe that he is the one advising Atiku on how to wage his case on the transmission of results of the February 23, presidential election through the INEC server.

Although INEC has denied the existence of such server, it is believed that it was installed during the time Iwu presided over the commission as its chairman. It is alleged that he employed and trained all the staff manning the department who may have provided him information which he passed on to the Atiku Campaign Organisation.

Another grudge his traducers have against him is the alleged role he played in influencing the Ohaneze to support Peter Obi as the vice presidential candidate of PDP.

Also, OblongMedia gathered that the money Iwu was alleged to have laundered was the fund the federal government gave for research on prevention of Ebola during the outbreak of the disease in the country in 2014. Sources told OblongMedia that the disease was quickly contained in Nigeria because the fund was deployed to achieve the objective of the federal government to contain the spread of the disease in the country. As at the time of his arrest, there was no money relating to the fund found in Iwu’s account or that of his company, Bioresources, the source said.

According to the source, who wishes anonymity, the prosecutors are also urging Iwu to implicate former President Goodluck Jonathan in order for him to be set free. The insistence of the prosecutors on this line of action led to an angry altercation between the EFCC official and Iwu during his interrogation. Iwu was said to have asked the EFCC official how he expect him at his age and background to implicate somebody who committed no offence and for what gain.

OblongMedia reports that Iwu’s travails with the EFCC started early this year during the elections when he was invited for questioning but was released to go on self recognition and report regularly to the commission until his current arrest and prosecution. It was then rumoured that his arrest was to prevent him from influencing the outcome of elections in Imo, his home state, where the indigenes were battling to ensure that Rochas Okorocha, former governor, did not return his son-in-law, Uche Nwosu as the governor of the state.

Whatever is the case, the EFCC has the onerous task to prove that Iwu is guilty of laundering N1.2 billion when trial commences.