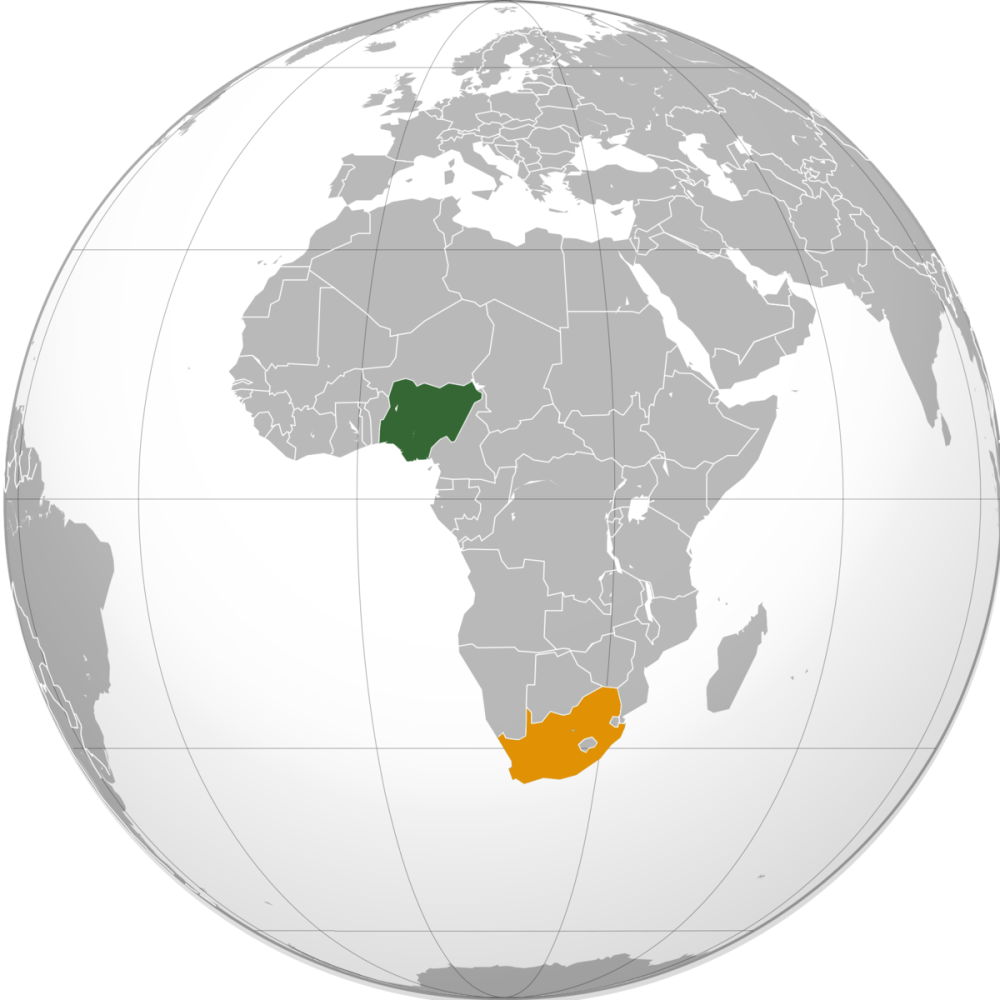 In March 1960, 69 black people were massacred in Sharpeville, South Africa, by the white apartheid police. That same year, Nigeria successfully liberated itself from 160-year British occupation.

The new Nigeria`s leaders` reaction to the Sharpeville massacre has changed everything in South Africa from then on. Here is a letter the then Nigeria`s Prime Minister Abubakar Tafawa Balewa sent to the African National Congress (ANC) “militants“ on April 4, 1961.

A LETTER FROM NIGERIA’S PRIME MINISTER ABUBAKAR TAFAWA BALEWA TO THE ANC SENT ON APRIL 4, 1961. IT WAS SUPPOSED TO EMPHASIZE NIGERIA’S COMMITMENT TO FIGHT AGAINST APARTHEID IN SOUTH AFRICA. PHOTO CREDITED BY MAWUNA REMARQUE KOUTONIN

Immediately after sending the letter, Sir Balewa lobbied for the effective expulsion of South Africa from the Commonwealth in 1961.

Beyond political support, Sir Abubakar Tafawa Balewa was the first leader to provide a direct financial aid to the ANC from the early 1960s. At the height of the liberation movement in the 1970s, Nigeria alone provided $5-million annual subvention to the ANC and the Pan Africanist Congress (PAC) annually. That amount would be in the billions if converted at today`s rate.

In 1976, Nigeria set up the Southern Africa Relief Fund (SAFR) destined to bring relief to the victims of the apartheid regime in South Africa, provide educational opportunities for them and promote the general welfare.

The successive administrations in Nigeria did not abandon the cornerstone of their country`s foreign policy either. The military administration of General Obasanjo contributed $3.7 million to the fund. Moreover, General Obasanjo made a personal donation of $3,000, while each member of his cabinet also made personal contributions of $1,500 each. All Nigeria`s civil servants and public officers made a 2% donation from their monthly salary to the SAFR. Students skipped their lunch to make donations, and just in 6 months, in June 1977, the popular contribution to the fund reached $10.5 million.

The donations to the SAFR were widely known in Nigeria as the “Mandela tax“.

As a result of the fund`s work, a first group of 86 South African students arrived in Nigeria in 1976, following the disruption of the education system in South Africa. It happened after the massacre of 700 students by the white police while the former were protesting against the decision by the apartheid regime to change their educational language to Afrikaans.

Hundreds of South African students have benefited from the fund`s activity having come to study in Nigeria for free.

Beyond welcoming students and exiles, Nigeria had also welcomed many renowned South Africans like Thabo Mbeki (former South African president from 1999 to 2008). He had spent 7 years in Nigeria, from 1977 to 1984, before he left to the ANC headquarters in Lusaka, Zambia.

For South Africans, who could not travel abroad because the apartheid regime had withdrawn their passports, Nigeria`s government issued more than 300 passports.

Along with fellow African countries, Nigeria lobbied for the creation of the United Nations Special Committee against Apartheid and chaired it for 30 years, longer than any other country.

Between 1973 and 1978, Nigeria contributed $39,040 to the UN Educational and Training Programme for Southern Africa, a voluntary trust fund promoting education of the black South African elite.

As for trade, Nigeria had refused to sell oil to South Africa for decades in protest against the white minority rule. As a result, Nigeria had lost approximately $41 billion during that period.

Above all, Nigeria was the only nation worldwide to set up the National Committee Against Apartheid (NACAP) as early as in 1960. The committee`s mission was to disseminate the evils of the apartheid regime to all Nigerians from primary schools to universities, in public media and in markets, through posters and billboard messages.

The NACAP was also responsible for the coordination of Nigeria`s government and civil society joint anti-apartheid actions and advising of policy makers on anti-apartheid decisions. For over three decades the NACAP had successfully built alliances with labour movement, student groups, progressive elements and other international grassroots organizations within Nigeria for effective anti-apartheid activities.

In fact, until the 1960s, the ANC fight against the apartheid regime in South Africa was yielding very small results. The whole world was quite indifferent to the suffering of the black South Africans. Moreover, western countries, including the UK, USA and France strongly supported the apartheid regime providing it with technologies, intelligence and favourable trade agreements.

Things started changing dramatically only after African countries became independent in the 1960s. Nigeria unequivocally took over leadership of the anti-apartheid movement worldwide and made it its` foreign policy cornerstone.

Despite the volatile nature of Nigeria`s politics and the passage of numerous military and civil leaders, Nigeria has never abandoned its unwavering commitment to the freedom of our brothers and sisters in South Africa.

From 1960 to 1995, Nigeria has alone spent over $61 billion to support the end of apartheid, more than any other country in the world, according to the South African Institute of International Affairs. The country has never let go of any opportunity to denounce apartheid, from the boycott of the Olympic Games and Commonwealth Games to the nationalization of British Petroleum assets in 1979.

Unfortunately, our brothers and sisters in South Africa have not shown enough appreciations to Nigeria. When Mandela passed away in 2013, Nigeria`s president was not even given the opportunity to speak. Nor was Zambia`s former president Kenneth Kaunda, whose country equally played a big role in liberating South Africa, initially given the deserved privilege to speak, until he protested. Before his death in. Sonny Okosun, a Nigerian musician, who wrote the hit song “Fire in Soweto” in 1977 to commemorate the 1976 Soweto uprising against apartheid in South Africa, voiced out his sadness and lamented on the alleged gratefulness of the South African government to the roles Nigeria played in liberating the country from the apartheid web.

On the other hand, the representatives of the US and the UK, two countries supporting the apartheid regime, were in the spotlight during President Mandela`s burial. Nigerians still need visas to travel to South Africa, while the French, who used to back the apartheid regime, can just buy a ticket and go wherever they want

Do South Africans who have rather chosen the part of xenophobia and antagonism against their African brothers and sisters really know their history?

Maybe, apartheid has not yet ended in South Africa.