Like his first term, Buhari’s second term took off on a disappointing note. He didn’t hit the ground running. It took him months to appoint his ministers. Even so, some of the ministers appointed are thieves, looters, and despicable politicians.

I have been following Muhammadu Buhari’s Presidency since 2015. Based on his extensive overseas trips from 2015 to 2018, I penned a piece “Buhari: The Absentee President” published by SaharaReporters on May 23, 2019. The article summarised in eloquent details, Buhari’s overseas junkets year by year, month by month, and date by date. I conclude that what emerges from his overseas jaunts is a damning verdict of an absentee president – physically and mentally.

Like his first term, Buhari’s second term took off on a disappointing note. He didn’t hit the ground running. It took him months to appoint his ministers. Even so, some of the ministers appointed are thieves, looters, and despicable politicians.

_*As president, Buhari has many deplorable weaknesses. He has a regrettable flaw: The man is lazy. He has no drive, no initiative, no will, no superior judgment, no foresight, no critical thinking skill, no charisma, and no creative discipline to bring about the needed #RevolutionNow that Nigerians desperately crave for*._

It is also an open secret that Buhari is intellectually lazy. _*He has never read a biography of a president. Buhari is clueless on how to harness and manage the nation’s resources. Because of his open display of nepotism, he is incapable, better still, incapacitated of appointing the best and the brightest men and women as cabinet members.*_ 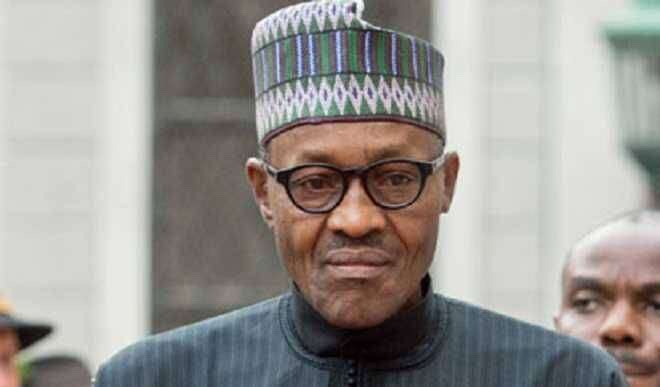 As a lazy president, Buhari has subverted our democracy by arresting and detaining critics, who dare to rebel against his despotic and barbaric regime. Instead of strengthening the law, he has dismantled the rule of law he swore to uphold. He has replaced the rule of law with a reign of terror.

He has done nothing to revamp our moribund judicial as well as criminal justice system. Buhari provides no vision or direction for the country.

The economy is in perpetual recession contrary to what Aso Rock and Central Bank voodoo economists say. The question we should ask ourselves is: Are nigerians better off today than they were when Buhari took office in 2015? No!

The presidency requires the occupant to perform well under pressure, communicate effectively, and buld a team he can trust that can function. A president is either a leader or a ponderous fool, a man of the people or an elitist, the real deal, a phony or an ideologue. Is President Buhari a leader? Is Buhari the real deal? No! Is President Buhari a phony or an ideologue? Both!

We expect the president to be as industrious as he’s powerful. Margaret Thatcher hardly got four hours of sleep when she was British Prime Minister. A professor at Georgetown University, United States, once told a young Bill Clinton, that great men require less sleep. Clinton averaged five hours per night throughout his presidency. Certainly, Buhari is not one of the hard working, sleep deprived, and night owl presidents, who burns the midnight oil cracking his brain on how to improve the welfare and well being of Nigerians.

No matter how you slice it, dice it, everyone is a loser courtesy of Buhari’s laziness. His supporters and defenders lose because their idol is ineffective. Buhari’s critics lose because Buhari’s ineffectiveness compounds the already complicated dangers and problems facing the country. We are all witnesses of Buhari’s laziness and flagrant incompetence. Buhari’s leadership demonstrates no coherent vision. It is feeble, feckless, empty, and meaningless.

Mr President, we wish you safe travels as you take to the skies jetting around the world in the next four years!