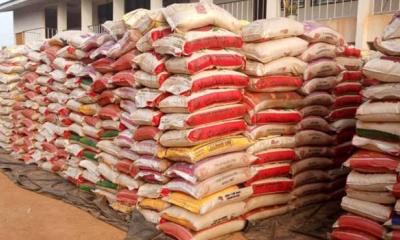 Imagine you are the head of a household of two children: Stephen and Stanley. Steve (28) is a promising young Architect who works at Ikoyi earning N100,000/month. Stan (17) is a non-bookish SSCE graduate who is still seeking admission into the University. They both live at home; your house. You have a car and the best car washer in the house is Steve. Stan is a lousy car washer and no matter how well you teach him, he just never measures up to Steve.

On a certain Monday morning, you have a morning meeting with some important people, and seeing that the car is very dirty with no car wash in sight, you have to choose between the two sons to wash the car: Steve, an excellent car washer but he needs to leave home as early as 5:00am, or Stan, an incompetent car washer but he has all the time in the world. Whom do you choose?

If you are like most people, you will choose Stan. Why? Because Steve is worth more to you (and himself and the family) going to work than he is as a great car washer.

If you understand this then congratulations for you now understand one of the key principles in economics — Comparative Advantage. This concept refers to the ability (of an individual, group, organization, country) to produce goods and services at a lower opportunity cost than others.

Stan has comparative advantage in the washing of the car at that period over Steve. Lionel Messi may have other talents, but his comparative advantage is in football. The understanding of Comparative Advantage informs Singapore importing more than 90% of its food so it can devote and achieve its goal of being the world’s leader in three things: financial services, manufacturing and oil refining (despite having no crude oil). Comparative Advantage is tremendously useful on a personal and career level as well.

Enough of the story…

WHAT DOES THIS HAVE TO DO WITH RICE?

You see…there is a lot of noise about Nigerians eating too much of foreign rice. One of the most baffling things about this rice issue is the amount of misinformation around it. Just this week, Customs announced that it had seized containers of rice and attributed it to gains on the War on Rice. Barely 24 hours later, the company whose containers were seized provided strong evidence of false declaration by Customs. This same week, there were reports that Vietnam sent a delegation to beg Nigeria to open the borders to rice. But several other news publications have revealed that the Deputy PM’s visit was to explore how Vietnam can help Nigeria with high-tech agriculture and how its experts can explore projects in agriculture. The Deputy, one of several PMs Vietnam has, is on an African tour and Nigeria is just one of the countries on his itinerary. Itineraries are planned ahead of time and it was merely a coincidence that his visit came at a point noise about the border closure is at its peak. There have been many other false claims/half-truths about India, Thailand, Ghana, etc.

The several misinformation are not only deliberately planted, killing people because of rice is now seen as a worthy sacrifice. You don’t believe me? A few examples…

– Nov, 2018: Customs officer opened fire in a filling station killing several people and injuring many others while raiding an illegal rice depot in Lagos.I can give you links to dozens upon dozens of people across the country who have been killed via extra-judicial means in this ‘War Against Rice’. Every week, there is a report about deaths of Nigerians in the hands of Customs because of rice, a lot of them bystanders.

There is no record that any Custom officer fingered in a murder case over rice is facing judgement. That’s scary. It means that any trigger-happy Customs officer can declare open fire on anyone based on what he thinks, and pin it on rice smuggling. You should be concerned. No one is safe under these circumstances.

We have not only lost fellow citizens to this fight, we have lost and are losing precious funds on this silly obsession on rice.

Last month (September 2019), the CBN governor announced that the administration has provided a total of N146 billion as loans to rice farmers under its anchor borrower program. In January 2019, CBN approved compensation for rice farmers over flood valued at N27.5 billion. If we assume these are the only funds spent on rice, we have a total of N173 billion spent on rice alone. But let’s stick with N146 billion going forward in this discussion.

One of the wisest men I know taught me to always ask the question, ‘compared to what?’. I have found it one of the most salient points in my adult life. So let’s use it: If Nigeria has spent N146 billion on rice alone, how does it compare to other expenses in our national life?

In 2018, the federal government projected to spend N61 billion on education and N71 billion on health on Nigerians. As you can see, the funds spent on rice is more than the projected expenditure on health and education combined (146 vs 132).

Even worse, the 2018 budget performance is 55%. This means that even though the government said they would be able to earn N7.2 trillion, they were able to generate only N3.96 trillion. You can see that in reality, we have spent less than N132 billion on health and education, YET we have spent N146 billion on rice. Isn’t this ridiculous? Is rice more important than the education and health of Nigerians?

BUT WE HAVE RICE?

But the end justifies the means, right? If we have spent so much on rice and Nigerians are blessed with abundant rice, it may be worth it. Now, let’s ask the next logical question: How have these funds impacted Nigerians?

Nigerians are not just been killed, they are not just putting their funds into the pockets of a few farmers, they also have to live with higher and higher food prices. It’s unfair! This is one key reason Nigeria is the poverty capital of the world. We spend too much of our disposable income on food – arguably the highest in the world.

But why do we have to spend so much funds on rice production anyway? Because our soil is very bad for growing rice.

China has a yield of 6.5 metric tons per hectare of rice.

Brazil has 6.1 metric tons per hectare.

Our rice yield is too low. You can imagine then that I was not surprised when I read in May 2019 that 3383 rice farmers have defaulted on a loan of N364m in Taraba. Not a single kobo has been repaid. This month, October 2019, another 113 farmers have been reported to have defaulted payment in Katsina State. They may have defaulted for many reasons, but can we really say that it is helping that our lands have poor rice yields? These farmers, according to reports, preferred to marry new wives and go on pilgrimages than waste their time on a ‘failed’ crop.

BACK TO COMPARATIVE ADVANTAGE…

In other words, for all of the funds we have poured into the crop since our return to civil rule in 1999, we don’t have much to show for it. It’s obvious we have no comparative advantage in rice production. In truth, we have a long to satisfy local consumption. In 2018, we produced 3.7 million metric tons of rice, while our consumption was 6.9m. The shortage of 3 million metric tons of rice was imported into Nigeria from places like Vietnam, India and USA. According to this report by KPMG, imported rice is not a barrier to local production. If anything, it complements local supply to satisfy the huge demand. Little wonder that with the ban on foreign rice, demand has outstripped supply and the resultant effect is increased prices.

A fundamental law of economics is that with increased prices, the incentives to sell increases, hence why smugglers will take all kinds of risks to bring in foreign rice. If a bag across the border is N5000 and they can bring it into Nigeria and sell for N24,000, they may well think it’s worth the risk, don’t you think? We have created the incentives and wonder why smugglers endanger their lives and that of others. It’s self-evident. We have turned rice into cocaine.

What I find interesting is that despite our fixation on rice, we have crops we have comparative advantage in. Sesame seeds for example. For the past few years, sesame seeds have been our biggest agricultural export. After India and China, Nigeria is the largest producer of sesame seeds in the world. Some of you don’t even know what the crop looks like. That’s quite ironic.

I will list a few crops we can compete in…

– We are the sixth largest producer of Cashew nuts in the world.

– We are the largest producer of Cassava in the world.

– We are the 4th largest producers of Edible Aroids in the world.

– We are the 3rd largest producer of Millets in the world.

– We are the 3rd largest producer of Sorghum in the world.

– We are the largest producer of Shea Butter in the world.

I can list more, but you get my point.

And this is without even trying. We have not spent funds to increase yields via serious R&D, investment in equipment, etc. We could easily be the largest producers in some of these crops if we so desire.

The hullabaloo over rice is seriously misguided. Lives are being lost on a weekly basis, scarce revenue are being pumped over a crop we would do well to continue to import, and the high cost of this stable food is driving more and more Nigerians into poverty. And it saddens me as our intellectuals continue to fall for and propagate the misinformation about rice.

We don’t have a rice problem; we have a problem of knowing what our priorities should be.