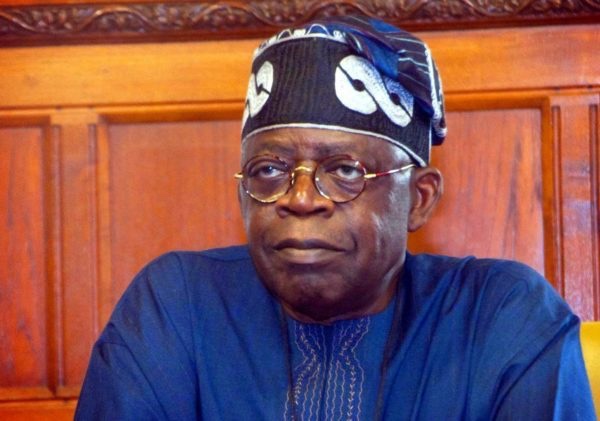 …Reconciling with everybody and keeping quiet except when necessary

The National leader of the All Progressives Congress, APC, Asiwaju Bola Ahmed Tinubu has commenced a dual policy of appeasement and self-restraint in a bid to sustain his increasingly surging 2023 presidential aspiration.

The 2023 bid was informally advanced last Wednesday with the Supreme Court declaration of President Muhammadu Buhari as the winner of the 2019 presidential election.

Tinubu who played a crucial role in mobilizing forces for the victory is, however, not expecting a full backing from the president for his long held aspiration.

His bid  is also being fanned by some of his enthusiasts who are asking for the Southwest to enter the 2023 presidential hustling as a united force.

That suggestion is, however, against the grain of some of his rivals from the region.

Among those believed to be also quietly building structures for a presidential run are Dr. Kayode Fayemi who is building upon the structures of the Nigerian Governors Forum, Senator Ibikunle Amosun using the support of the Cabal around the president.

There are those who think Mr. Babatunde Fashola can build upon the goodwill he received as a successful governor of Lagos State to join the queue.

The argument among APC leaders from the region to enter the fray as one united camp according to sources has been challenged by some Southwest political leaders who are asking for a Plan B in the event of Tinubu being checkmated by several political foes he may have made within and outside the region. Conscious of the challenges from some political foes, Saturday Vanguard learnt that Tinubu may have commenced outreaches of making friends with former political foes.

The reconciliation between Faleke and Bello marked an end to the about four-year quarrel between the camp of Tinubu and Bello who was seen as usurping the political structure framed by Tinubu and the late Alhaji Abubakar Audu.

Tinubu according to one source privy to his actions is desirous of making only friends. “This is not the time to make enemies and Asiwaju would rather keep under the radar than create unnecessary enemies for himself,” the source familiar with his moves said.

Besides Governor Bello, the former Lagos State governor has also been trying to make peace within his Southwest base.

Governor Rotimi Akeredolu of Ondo State who was once considered among the sharpest political critics of Tinubu is now hand-in-glove with Tinubu. The reconciliation of the two men which happened months ago according to sources was achieved for the mutual political interests of the two men.

“Don’t forget that Tinubu did not back Akeredolu for his successful governorship run and we know the ill-feelings and acrimony that followed the Ondo APC primary,” one source said as he pointed to how the acrimony with Akeredolu fueled the crisis between Tinubu and Chief John Odigie-Oyegun, the erstwhile national chairman of the APC.

“Today both of them need each other and they have long reconciled,” a source said.

Akeredolu needs Tinubu to quench the fiery darts of the local opposition in his state for a second term ambition. Tinubu on his part needs the governor’s support ahead of his 2023 presidential aspiration.

An operative of the party in Lagos speaking enthusiastically of the aspiration of Tinubu said yesterday:

“He is moving well and he will, by the grace of God, be our next president.”

“He has the best brains around him and he also has a way of bringing men from grass to grace,” another supporter of the politician told Saturday Vanguard.

However, persistent challenges for Tinubu endure and they include alleged moves by some of his former associates to instigate a competition against him in the Southwest. The competition it is said revolves around the expected bids from Dr. Fayemi, Fashola and Senator Amosun.

A source embedded within the Tinubu machine dismissed talks of a bid from Amosun, saying that despite insinuations  Amosun sees Tinubu regularly in Abuja.

The bid from Amosun it is said will get traction only if he is backed by the cabal around the president.

“Don’t forget that with Dapo Abiodun as governor, Amosun has lost much reckoning in Ogun, his home base. So the only way he can get fire is to get the backing of the president.”

However, multiple sources say that President Buhari is not expected to back any of the aspirants at least in the open before the national convention of the party turning the presidential primary into a battle of the strongest in the party. It is indeed the opinion of critics of the party that without Buhari that the party may not survive.

It is in part because of this that insinuations have swirled towards a plot by a very prominent presidential official to inspire his own presidential bid on the platform of one of the newly registered political parties.

Forces from the presidency were alleged to have destabilized the party ahead of the 2019 General Election and taken over the party in concert with a very prominent Non-Governmental Organisation to the purpose of using it as a holding bay for the very prominent presidential personality ahead of 2023.