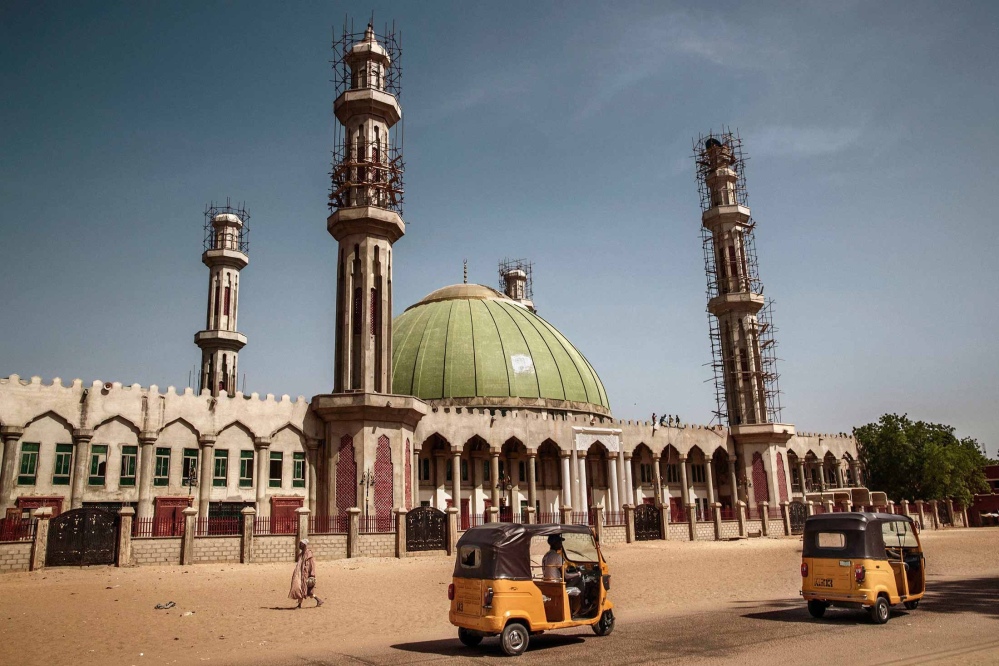 Even if it doesn’t capture a lot of territory, it benefits from showing global reach.

Sitting cross-legged with a Kalashnikov rifle by his side, Abu Bakr al-Baghdadi, leader of Islamic State, used his first video appearance in five years to reassure his followers that he was far from defeated.

Recorded in a secret location and released at the end of April, the video showed the jihadi leader calmly reflecting on the loss of Islamic State’s last swath of Middle Eastern territory in March, largely to a coalition of U.S. and Kurdish forces. He spoke about the Easter Sunday bombings in Sri Lanka that killed more than 250 people, which were claimed by the Sunni group, and said Islamic State would now take its battle across the world.

Shortly before, Islamic State had claimed its first attack in Congo, where three soldiers were shot dead by what the group said was a new Central African wilayat, or province. He also praised Islamic State in the Greater Sahara (ISGS), which operates in the part of the Sahel region that overlaps Mali and Niger. Africa, he said, would be a land of rebirth.

“The loss of the core, the caliphate, was a huge blow to them,” says Thomas Abi-Hanna, a security analyst with Stratfor. “They are really trying to play up the gains they’ve made elsewhere, and Africa’s arguably the place where they’ve made the most gains.”

The continent is fertile ground. Many African states are struggling with a mix of dire poverty and soaring populations. Corruption also fuels discontent, which Islamic State has proved adept at exploiting to recruit fighters and gain support among locals. The countries where it’s taken root “face severe resource constraints and have limited military capability, making it more difficult for them to counter violent extremist organizations,” said General Stephen Townsend, the incoming head of U.S. Africa Command, speaking at a congressional hearing in April. In the video, al-Baghdadi announced he’d accepted a pledge of loyalty from a group in Burkina Faso and talked of exploiting recent political upheaval to gain footholds in Algeria and Sudan.

Islamic State had more than 6,000 fighters in Africa in the middle of last year, according to a paper published by the Combating Terrorism Center at West Point. The biggest cell is Islamic State West Africa Province (Iswap), which has 3,500 members according to the CTC, most of them in northeastern Nigeria. That makes it the second-largest terrorist organization in Africa after al-Shabaab, which is based in Somalia and linked to al-Qaeda. ISGS gained notoriety when it killed four American and five Nigerien soldiers in the Tongo Tongo, Niger, ambush of 2017; in Egypt, Islamic State in the Sinai blew up a Russian airliner with 224 people on board in 2015. A Libyan cell held the city of Sirte for about a year until it was pushed out in 2016.

Although Islamic State’s ultimate goal may be to merge its affiliates into something resembling a cohesive unit, that’s improbable given their vastly differing geographies and cultures, Stratfor’s Abi-Hanna says. “But they do benefit from having different branches in far-flung places,” he adds. “Since 2014, when they declared a caliphate, they’ve wanted to graduate from one core province to a truly global network. Having provinces around the globe—whether in Africa or elsewhere—achieves their broader goal.”

As the group lost territory in the Middle East, and thus its ability to levy taxes and control oil-smuggling routes, supporting operations abroad became tougher. There’s little evidence of recent transfers of money or fighters from the core of Islamic State in Iraq and Syria to its affiliates in Africa, says Ryan Cummings, a director at the business advisory firm Signal Risk in Cape Town, who’s co-written a book being published later this year on Islamic State’s activities on the continent.

But the cells still benefit. The leadership provides strategic and theological advice and helps publicize their attacks through its slick social media operations and newsletters. A formal alliance with Islamic State makes it easier for African groups to attract and retain fighters, according to the CTC’s paper. And the physical separation allows for day-to-day and tactical independence. Iswap is an example. In 2016 it split from Boko Haram, which was once affiliated with Islamic State and is known for kidnapping children and strapping bombs to them.

The breakaway militants were frustrated that Boko Haram’s extreme aggression was turning locals against it. Iswap has since gained a reputation, almost unique among Islamic State’s affiliates, for targeting soldiers rather than civilians, which analysts say is one reason it’s outgrown Boko Haram. Although still violent, the group helps civilians by digging wells, providing some health care, and preventing cattle rustling, Brussels-based International Crisis Group said in a report this month.

“They are trying to win hearts and minds by distinguishing themselves from Boko Haram and offering protection to people and businesses from the Nigerian military, which is regularly accused of human-rights abuses,” Cummings says. “It’s working.”

Western powers take the threat of Islamic State and other jihadis in Africa seriously.

The U.S. has thousands of forces on the continent, provides intelligence and military support to several governments, and is stepping up airstrikes in Somalia, some of which are targeted at Islamic State. France has 4,500 counterterrorism troops in the West African Sahel region. The U.K.’s foreign secretary, Jeremy Hunt, suggested in May that London wanted to provide more military help against Iswap and Boko Haram, but that the Nigerian government was wary of hosting foreign combat troops.

Washington sees little risk of attacks on U.S. soil by the African cells of Islamic State, but it fears that could change if it takes over large territories or creates a caliphate on the continent akin to its former structure in the Middle East. Even if it doesn’t achieve that, Islamic State is already reaping benefits from its efforts. “What they’re doing in Africa is to show they have global reach,” says Judd Devermont, a former CIA analyst who’s now Africa director at the Center for Strategic and International Studies in Washington. “They’re saying: We’re undefeated. We remain a player.”

BOTTOM LINE – Islamic State cells in Africa are currently no more than a regional threat, but terror experts fear a return of global attacks if these offshoots are allowed to grow unchecked.