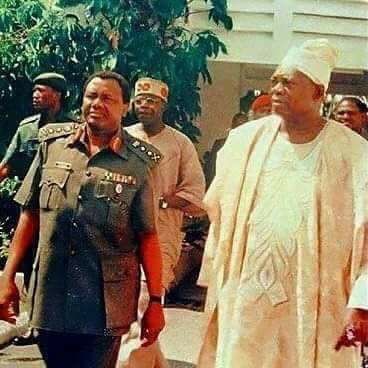 It is very unfortunate that most people around him are sycophants and praise singers…. The day he destroyed his legacy with his own hands is the very day he agreed to put his weight behind Buhari…..

There are three observations in past history about coalition with Fulani and these predictions are as foolproof as science formulas.

1. Any Southern elite that makes friends with a Fulani is out to serve self-interest and personal ambitions either for himself alone or for himself and a few handpicked elites.

2. Such elite always looks the other way when the Fulani deals with his people …for as long as his self interest is protected.

3. He always ends in disgrace and it matters little if he is a Muslim.

The sage Awolowo understood this, that is why he turned down ever offer from the North in the first republic to fold up opposition, join the coalition and take ministerial slots for Yoruba people…

In his journal… he wrote…..’ I declined the offers because they were designed exclusively to gratify my self-interest, with no thought of fostering any political moral principle which could benefit the people of Nigeria.’

At 1960 independence, Zik teamed up with the North to serve the interest of Igbo elites… He did not care that the North has always been hostile to his people and massacred them in Jos in 1946 and Kano in 1956… He did not care as well that the Sadaurna openly expressed irritation against his people and put laws in place to restrict them in his region. What mattered was that Igbo elties as coalition partners had portfolios at federal level (and Igbos only rebelled against Nigeria when their elites fell out at federal level)

Afonja invited Alimi and the Jamas to the vassal state of Ilorin to help him build a mini empire independent of Oyo… the very empire that elevated his house into nobility by appointing his great grandfather ( Laderin) as the first provincial Governor of Ilorin…. He looked the other way when the jamas plundered Ilorin and harassed his people… taking their farm produce and invading their homes….. when they have gained enough ground and helped isolate him from Oyo… they mudered him and took the throne from him…. His end was death by assassination.

Solagberu was given special privileges as feudal overlord at Ilorin…. In exchange, he pledged allegiance to an emir that stole the kingdom from his friend ( Afonja) for the Fulani caliphate at Gwandu….. He led many expeditions into Yorubalands to sack cities of his kinsmen and condemned many captives into slavery…. His end in the hands of Fulani was execution like Afonja when the emirate had no need of him anymore.

MKO Abiola was the financial strength behind opposition against Awolowo in the second republic. He financed Shagari’s campaign (with an agreement that he would use only one term and hand over to him)…. For the most part of the second republic, MKO was a thorn in Awolowo’s flesh… he opened a newspaper company solely to embarrass Awolowo and his party…. Financed many hostile takeover of motor garages to destroy Awolowo’s strength in the street…. Only to get a rude shock when he was called to Shagari’s office and told frankly that the presidency is not for sale to the highest bidder and he should forget about his ambition (for a reward, he was offered an oil bloc which he refused)…. Financing of the party was taken over by Umaru Dikko who was given special privileges in the corridors of power to raise funds for future campaigns….. His second opposition came when the Sultan pressured Babangida to annul the June 12 elections…. He admitted that he liked MKO as a person and fellow Muslim but if he ever became president, he would reverse the gains the North recorded since 1960 and undo the Sadaurna’s achievements in the North…. Ultimately, the results were cancelled Abiola jailed…. He spent his last years incarcerated and died in very suspicious circumstances. 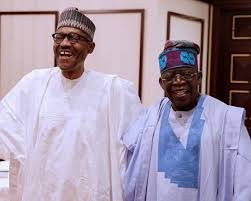 Tinubu like Abiola does not represent the interest of the North…. Like many of the Yoruba predecessors mentioned… he is highly ambitious and only thinks of the Fulani as a means to an end…. Currently, he enjoys patronage for his handpicked leutenants and turn a blind eye to sufferings of his people in the hands of Futa Jalon…feigning ignorance and asking where are the cows…. Like many of the Yoruba elites before him that took the very path he is currently taking…. The end is predictable and certain.